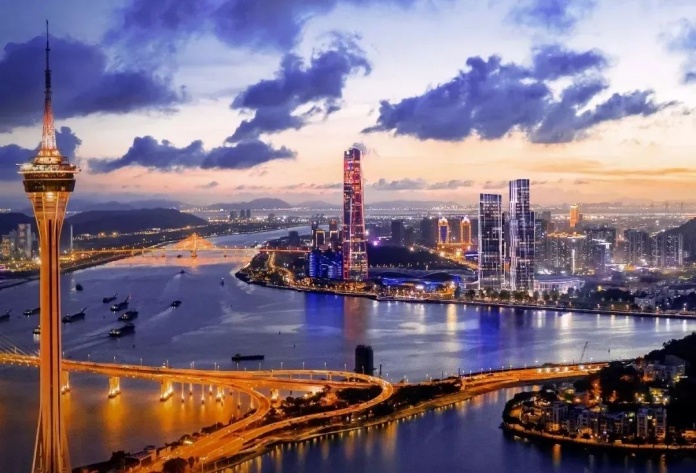 The new Master Plan of the Development of the Guangdong-Macao Intensive Cooperation Zone in Hengqin reaffirms the intentions of the Chinese central government to get the SAR to be more involved in regional development, even if most of its contribution will likely come in the form of capital, analysts told Macau News Agency.

The long-awaited guidelines for the development of the nearby Hengqin island were unveiled on September 5 underlining the Guangdong-Macau joint administration for the area and setting up four main focus areas that will assist with Macau’s economic diversification away from gaming, namely technology and high-end manufacturing, Traditional Chinese Medicine (TCM), tourism and MICE, and finance.

Under the plan, the Macau SAR and Guangdong Province governments will jointly govern the 106 square kilometre Hengqin island, a shared administration system unheard of in the history of both SARs.

The committee will decide on major plans, policies and important personnel appointments within the zone.

For Matthew Ossolinski, the CEO of GW Investment Consulting, a firm that provides advisory and business brokering services to integrated resort operators and institutional investors on Hengqin Island, the guidelines serve as an “accelerator for the plan that has been in place” and as a “reaffirmation of support from the top”.

“This government restructuring cements Hengqin’s place as the central government’s highest-priority special zone in China […]. For the doubters and the uninformed, the announcement ought to put to rest any talk of a White Elephant,” Ossolinski told MNA.

Meanwhile, José Alves, the Dean at the Faculty of Business of the City University of Macau, considered that the plan formalises what has already been discussed between Macau and Hengqin, however, he pointed out that it still lacks detail on how the set goals will be achieved.

“The document lacks specific objectives concerning the industries that will in fact be the target of such cooperation in the next 5 to 10 years. We know that in practical terms Macau has few industries that can actually be competitive in Hengqin. We usually follow others and Hengqin currently holds the table and the cards of the game,” Alves told MNA.

For the researcher, the two areas with more potential for a meaningful contribution by the Macau SAR involved health, either TCM and western medicine, and education, areas that did not merit an extensive mention in the plan.

“We already have a public hospital and another one is under construction, plus two private hospitals and other small-scale health clinics. We have a significant number of doctors trained in western medicine and some medical degrees are already offered at MUST and City University,” Alves added.

“There is already a certain investment in the health sector that if organized could be a first step for Macau to provide health services to the GBA. There is already a large demand and would be easy to transfer the image of local quality service to mainland consumers. So why not offer medical tourism services, as in Thailand?”

It also establishes that under the goal of developing Hengqin into a high standard international leisure tourism island, healthcare-related industries, such as leisure and nourishment, rehabilitation, and medical treatment, should be included.

Concerning education, the plan only mentions the area that should support tertiary education and research institutions in Zhuhai and Macau to realise cross-border interconnection and sharing of scientific research data under the premise of ensuring the security of personal information and important data.

“This sector has grown immensely in the last 20 years but we need to continue investing, especially in bringing skilled teachers so as to continue pushing the education level towards international standards,” Alves told MNA.

The GBA researcher considered that the objectives of the plan would require the retraining of a large segment of the population, mainly engaged in the services and hospitality industries.

“There is a trend in the tourism sector to reduce the volume of manpower due to automation and many routine jobs will disappear, freeing local manpower to re-enter the labour market. However, of course, if they do not have other qualifications they will go on the dole but we continue to have many potential candidates for such positions currently studying in local universities and there is a high level of trust in the education sector future,” he added.

The academy covers 48,000 square meters and will eventually enrol 1,300 students in bilingual education spanning kindergarten to high school, 310 who may apply for accommodations if above Grade 4.

Another seven schools will open in Hengqin later this year and seven more are to be ready in 2022.

Meanwhile, Jacky Yuk-chow So, Vice President and Concurrent Dean of the School of Business of MUST highlighted the plans to establish Henqgin as the world’s premium traditional Chinese medicine product manufacturing base and innovation high ground and its intended goal as a financial services platform leveraging Macau as a platform between China and Portuguese-speaking countries.

However, the researchers agreed that a large percentage of Macau’s contribution would likely come in the form of capital and investment to assist in such developments, considering the lack of qualified manpower and land in the SAR.

“Of course, it is a matter of complementing Zhuhai and Hengqin, where they have land and labour but do not have capital or management know-how. It’s a good combination to generate synergy for sure”.

A primary example of this contribution was the Guangdong-Macao Co-operation Traditional Chinese Medicine Science and Technology Industrial Park (GMTCM Park) established in 2011, with local public investment group Macau Investment and Development Limited as its main shareholder and putting up almost MOP10 billion in the project since then.

Using tech research and development or finance as an example, Alves considered that Macau would not be able to provide many contributions in terms of skills or human resources.

It also aims for the establishment of a high standard industry academia-research demonstration bases at the University of Macau and the Macau University of Science and Technology (MUST), with Alves noting that “it will still take some time until that research materializes into actual real technology”.

Alves also considered that if the idea is to establish a tech industrial center/capital centre synergy in the image of Shenzhen/Hong Kong authorities should better specify the tech products that would be prioritised for development in the area.

“To attract tech companies from Taiwan or Shenzhen industrial rental prices would have to be competitive since they can find cheaper rents in other areas,” Professor Alves noted.

The same issues with qualified manpower and lack of know-how could also be found in the plans to develop the island as a financial center.

“Macau has a basic financial industry, with banks providing mainly retail or commerce services, not investment. The local legal framework is also of Portuguese and Chinese origin and not sufficient to attract investors. The most important for me is that we would develop finance human resources at the same level as international financial centres. It doesn’t need to be the same level as Hong Kong but of a level of a mid-level financial city centre,” Alves told MNA.

“To reach this vision many intermediate steps need to be taken, it won’t happen in 10 years. If it does happen Macau will still have to follow what is done on the other side of the border and under the conditions they decide”.

Meanwhile, Professor Jacky So hoped easier cross-border procedures would be advanced in the future to facilitate exchanges between the two regions.

The plan underlines that authorities should facilitate the free flow of Macau licensed motor vehicles travelling to and from the Cooperation Zone while allowing qualified Macau professionals to live and work in the city.

“The Shenzhen model is very successful but it is only one example. Shenzhen uses a lot of labour and land, Hong Kong has all the production capital. I don’t see that industrial base in Hengqin. A high tech centre needs to serve something since high tech does not just serve itself,” he added.

Hengqin’s GDP also reached RMB40.7 billion by the end of 2020 with almost RMB350 billion in investment landing in the area since 2009.

The tourism and MICE trump cards

If there are fields where Macau should, in theory, be able to contribute significantly to the cooperation zone it would be in the development of tourism and MICE sectors.

The plan points out that the cooperation zone should help Hengqin develop into a high standard international leisure tourism island; support developing Macau as a world tourism and leisure centre; make great efforts to establish tourism-related industries, such as leisure and vacation, convention and exhibition, sports event tourism.

Tourism resources on peripheral islands are also to be developed and cross-border pleasure boat tours between Guangdong, Hong Kong and Macau should be supported, while international premium quality consumer goods expos or forums should be held with special visas provided to convention and exhibition working for staff, professional exhibitors, and domestic and foreign visitors holding tickets for conventions and exhibitions for multiple border-crossing travels.

“If the tourism businessmen of Macau are provided with the opportunity to establish new infrastructures in Hengqin and have control over them, we could see some diversification based in Macau,” Professor Alves stated.

Meanwhile, Ossolinski saw all the major transport infrastructure upgrades already constructed or in the pipeline as signalling the crucial role of Henqgin for the tourism industry in the region.

“The announcement reaffirms the addition of large-scale medical tourism and yachting tourism to Macau’s tourism mix. A new tunnel will be constructed between Taipa and Hengqin. Another link will be constructed to connect Coloane to [Chimelong Ocean Kingdom park],” he noted.

The construction of the Taipa Light Rapid Transit line extension to Hengqin was initiated this year, with the project expected to be completed in four years.

The 2.2 kilometre metro line will include a 900-meter tunnel, a viaduct, an underwater tunnel and two stations, one on the Lotus Bridge in Cotai and another in the new Hengqin Port in Zhuhai.

The future LRT Henqgin connection will allow a link to the Guangzhou-Zhuhai Intercity Railway, as part of efforts to improve transport interconnectivity between Macau, Zhuhai and the rest of Guangdong.

Tourism and entertainment complex Novotown, has officially opened in 2019, with the area including a Hyatt Regency Hengqin property and the Lionsgate Entertainment World and National Geographic Ultimate Explorer theme parks.

The opening of Shun Tak’s 230-room Artyzen Habitat Hotel is also scheduled for launch in September 2022.

The Hengqin based advisor also considered that investment by Macau gaming concessionaires in the island was now “politically correct” move, as operators aim to increase their chances to see their license renewed in the upcoming license tender process.

Ossolinski indicates that for some of Macau’s concessionaires the approach to Hengqin included setting up a rented ‘back office’ operations in Hengqin, then “quietly seek out” Hengqin tourism development projects to brand and invest, and then “pull the trigger, when Macau’s Chief Executive gives the nudge”.

Chief Executive Ho Iat Seng is expected to provide more details on the cooperation zone plan at a special press conference to be held on September 10.

“I envision a day when the majority of Macau’s Big Six casino companies will be operating non-gaming resorts on Hengqin, and a day when Hengqin will be duty-free. This week’s announcement brings us a step closer to that day. The Macau-Hengqin project is too symbolic to fail.”