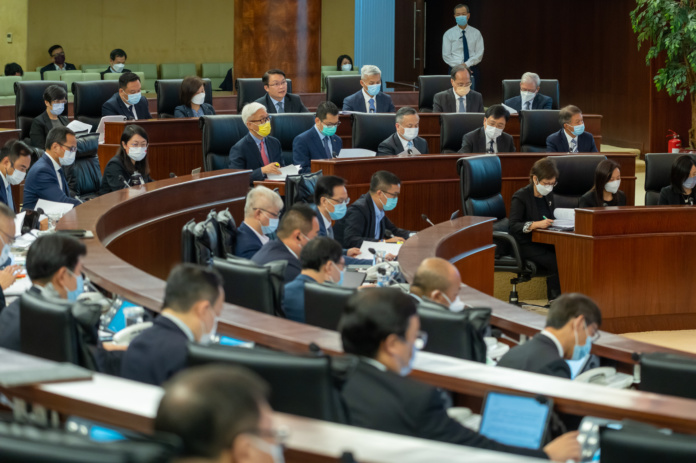 Secretary for Economy and Finance Lei Wai Nong has pointed out the need for Macau to change its reputation as a gambling city, saying that the next ten years would serve as a turning point for non-gaming to evolve into another major pillar of the city’s economy.

At a Legislative Assembly (AL) plenary session this afternoon where lawmakers expressed concern over the future of the city’s gaming industry, the official said that gambling would have to make way for other sectors – such as MICE, culture, modern finance and Chinese medicine – industries that Macau has to pursue and develop in the long run at the behest of the country.

“Tourists used to perceive Macau as a gambling city because of the past 20 years of gaming development. What we need to change is Macau’s image as a gambling city, that’s why the SAR Government cares so much about non-gaming,” the secretary added.

Lei’s remark comes after the legislature’s president Kou Hoi In said that the city is still regarded by most mainland Chinese people as a gambling city. He asked what should be done by the government to bust the longstanding stereotype.

The official said that gaming concession bidders had been required to expand their non-gaming investment during negotiations so that both non-gaming and gaming could develop hand-in-hand to make the city more competitive on the global stage in the long run.

If not, the source of tourists to Macau will lack diversity, Lei stressed.

However, the secretary also conceded that it would take time for such an economic transition to come to fruition, yet saying that the government would take the lead in making it happen.

It was revealed earlier that local authorities requested gaming licence contenders to invest as much as MOP$100 billion (US$12.4 billion) over the next decade, with Galaxy Entertainment Group and Sands China to fork out more than MOP$20 billion each, and the remaining four to pour about MOP$15 billion each.

Nobody in Macau expects to see a glitzy and glamourous Cotai develop further at a cost to local neighbourhoods, the secretary added.

December 5, 2022
Cyril Ramaphosa may have insisted over the weekend he will not resign, but the South...