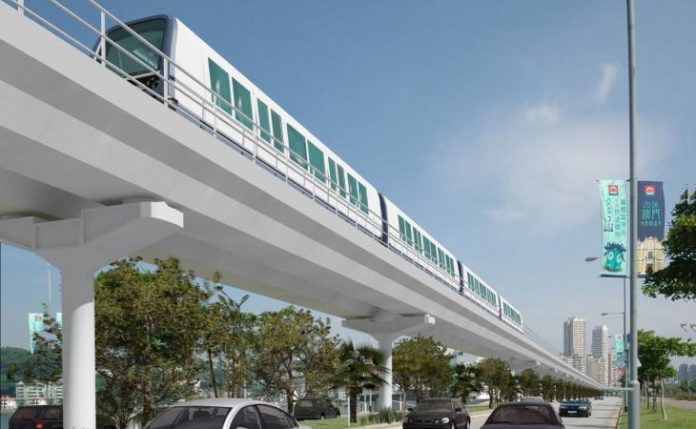 Macau (MNA) – A Commission of Audit (CA) report criticising the construction of the Light Rail Transit (LRT) project by the Office for Transport Infrastructure (GIT) estimates that the total cost of the LRT lines projects in Macau if all were to be completed would be higher than MOP51.22 billion (US$6.33 billion).

The report indicates all the previous estimates for the different sections of the LRT project in Macau, with the budgets available reaching some MOP51.22 billion, without even taking in consideration the budgets for the Inner Harbour Line, the Cotai North Extension Line and the Coloane line, which haven’t been disclosed yet.

On the same report, the CA indicates that what most worries the Macau population is that the GIT ‘has never accurately estimated the costs of the metro project
and has not even been able to implement the global plan defined at the outset of its construction’

‘On the contrary, this Office has roughly estimated the changed the plans successively during the execution of the works. This form of management – principles of scientific governance – does not allow for the rational use of the worse and makes it appear that there is no limit to the completion term of the enterprise,’ the report indicates.

The first proposal for the implementation of the first phase of the LRT announced by the GIT in 2009 indicated that there would be 21 stations constructed for 21 kilometers of line, with the LRT expected to start operations in 2014.

According to the current plans the short term projects will be completed, at best, in 2026, while the medium-term projects completion date has not yet been defined.