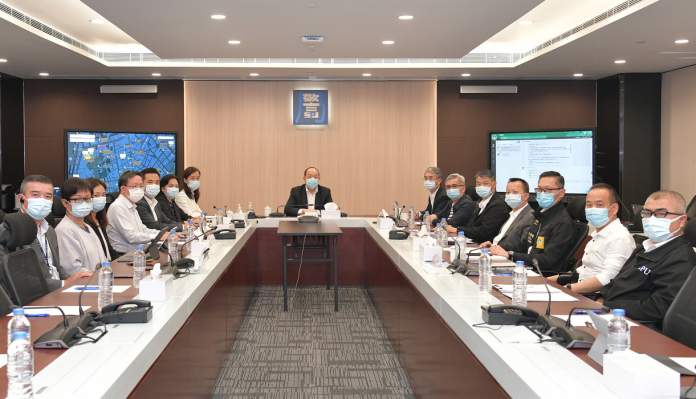 Authorities from the Macau SAR and neighbouring Zhuhai city have agreed that measures to prevent and control the epidemic situation, currently in force at the Zhuhai-Macau cross-border posts, will continue until midnight on 30 September.

This is the outcome of a videoconference meeting between Chief Executive Ho Iat Seng and the Communist Party Secretary of the Zhuhai municipal committee Guo Yonghang and Zhuhai mayor Huang Zhihao, among other officials.

Ho Iat Seng joined this meeting right after arriving in Macau, following a six-day official mission to the Mainland that took him to Chengdu city in Sichuan Province, and in Xi’an city in Shaanxi Province

The authorities of Macau and Zhuhai will keep in close communication and the cross-border crossing measures will be adjusted, in due course, according to the evolution of the epidemic situation in Macau.

From 6am on September 26 (Sunday), people travelling to Zhuhai from Macau have been required by the Zhuhai authorities to undergo a 14-day mandatory quarantine. People working either in the logistics industry, the funerals sector, or in medical

October 27, 2021
A US senior citizen blocked from leaving Iran underwent a successful surgery in Tehran on...

October 27, 2021
Haiti's telecoms networks have sharply cut back on service because of fuel shortages caused by...