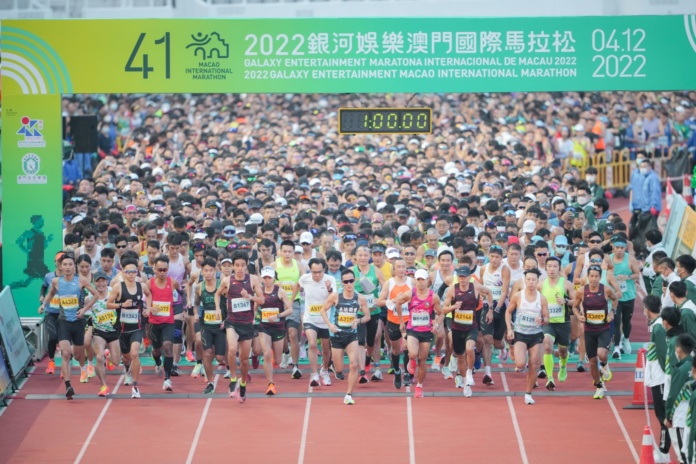 Health authorities announced that a female runner who had participated in the 2022 Galaxy Entertainment Macau International Marathon had contracted the coronavirus.

The 29-year-old mainland resident entered the SAR from Guangzhou via the Gongbei checkpoint on 3 December, with the result of her nucleic acid test (NAT) taken in Zhuhai returning positive on 4 December.

On the same date that she was reported to have been infected, the female tourist took part in the large-scale sports event jointly organized by Galaxy Entertainment and the Sports Bureau, which hosted some 12,000 people.

The government-initiated event required all participants to take a rapid antigen test on the day of the race, and to present a negative nucleic acid test result issued within 24 hours to join the race.

On Saturday, she had lunch at the Lei Garden restaurant in Venetian Macau from 1pm to 2pm, and shopped at Chanel, Dior and DFS Duty-Free Shop there from 5pm to 7pm, before dinning at the Tim Ho Wan restaurant at the same resort from 8pm to 9pm.

Meanwhile, a 40-year-old male mainlander was listed as an import case on 3 December. He attended a summit held by Trip.com Group and the Macau Government Tourism Office on 2 December, as well as a luncheon and a dinnertime banquet afterwards where he was seated at table 35.

February 9, 2023
Portugal's prime minister on Wednesday rejected a neo-protectionist development in the European Union, particularly in...

February 9, 2023
Google on Wednesday announced a slew of features powered by Artificial Intelligence (AI) as it...