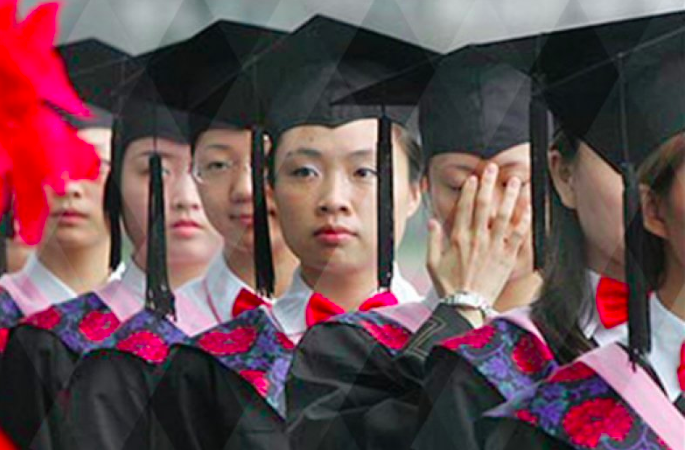 [Correction of the number of mainland Chinese students studying in Macau from 1,500 to 15,000]

Several mainland Chinese studying at the University of Macau (UM) have told MNA that they are afraid to go to Hong Kong out of fear of anti-mainland sentiment generated by the recent public protests in the neighbouring SAR.

“We have cancelled our plans to go to Hong Kong recently because we believe that we will be discriminated against and unfairly treated,” Ashley, a third-year MBA student told MNA.

Around 15,000 mainland Chinese students study in Macau universities each year, according to data released from the Higher Education Bureau, with MNA interviewing some to obtain their views on the recent social unrest in Hong Kong.

All students interviewed refused to provide their real name to MNA, and claimed to be afraid they would be attacked online by Hong Kong residents; therefore, all have been cited with aliases.

“When Hong Kong residents started the demonstration, I could understand their original intent. They did not want Hong Kong’s internal affairs and democratic rights of Hong Kong people to be under the jurisdiction of the mainland government,“ Ashley a fourth-year student of Chinese literature said.

“However, a series of violent demonstrations and so-called big demands have already violated the original intention of the anti-extradition bill. They are seriously harming and impacting the normal life of Hong Kong,“ Ashley told MNA.

Meanwhile, Li – also a UM student of Chinese literature -, said that he understood Hong Kong residents wanted to pursue freedom and democracy, but noted that he believed “freedom is also respecting the lives of others and treating others as a person”.

“This is not the line with their behavior of beating up  Mainland Chinese at the airport, it is not consistent,” Li said.

On August 19 during a large public sit-in at the Hong Kong International Airport a journalist from Chinese state-backed tabloid Global Times and a Chinese resident were held and beaten up by protesters who suspected they were Chinese spies.

According to Ashley, many Mainland Chinese students have cancelled their plans to go to Hong Kong recently because they believe that they will be discriminated against and unfairly treated in Hong Kong.

The students also believed the protests were being “spurred” by foreign forces, a common argument by Chinese state media and government, and mentioned as evidence the fact that many Hong Kong student protest leaders had studied in the United States.

“Therefore, I think the Hong Kong protests should wake up. Do not look at the mainland with coloured glasses. They should look at the problem dialectically, and don’t be overwhelmed by the so-called Hong Kong people’s autonomy and democratic universal suffrage,” she added.

Meanwhile, Selina, a Mainland Chinese student studying for a master’s degree in communication and working for a local media company, said that what makes her feel more angry and disappointed was “unscrupulous media and some Hong Kong people that were just watching the drama” of the violent protests.

According to Selina, several times the media reported the protests out of context and presented a “black and white” view.

“Everything that is slightly different from their [protester] point of view has been labeled as ‘ignorance, brainwashing'[…] but in the fact, the practice itself is brainwashing, they are brainwashing the opposition,” she explained.

“Although the opposition has brought many troubles to Hong Kong recently, there are also some Hong Kong people who continue to provide them with spiritual support in their social media platforms”, with Selina adding this made her “blood run cold”.

However, when she saw that there are other Hong Kong citizens supporting the police on the road and supporting the mainland she feels extremely “touched” every time.

Cyber manhunt – generally involved netizens and regarded as the purpose of cyber judgment and gained notoriety to the target after blame and shame.

January 19, 2022
A federal judge on Tuesday approved a plan to restructure Puerto Rico's public debt, which...

January 19, 2022
Nearly 9.5 million children in the United States have tested positive for COVID-19 since the...