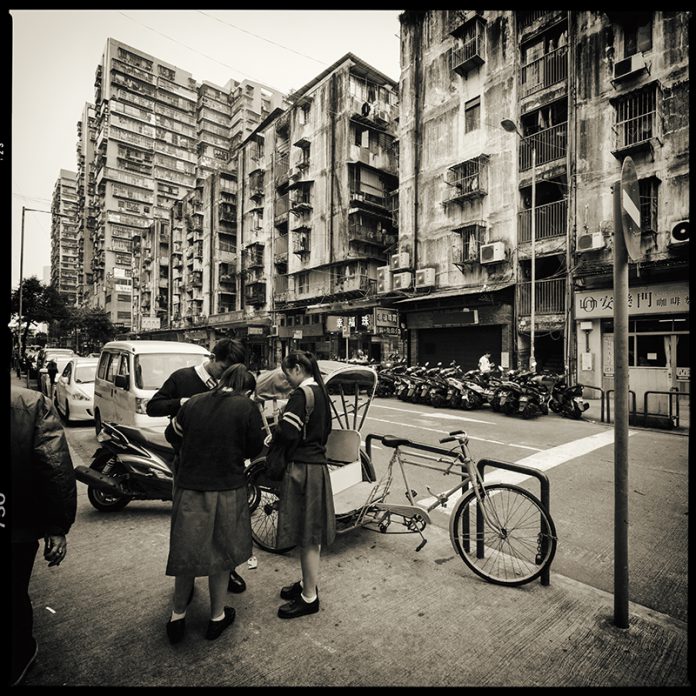 About 90 per cent of the owners or occupiers of residential units at the Iao Hon Estate supported the redevelopment of the estate but more than half did not want to pay the renewal in any form, a survey commissioned by Macau Urban Renewal Limited indicates.

The research study – commissioned by a company named Root Planning for MOP680,000 – covered all 2,566 residential and non-residential units living at the seven blocks that compose the estate built in the 1970s.

According to the survey an estimated 12,014 people lived in the property making it the most densely populated property in the city, with an average of 5.3 persons per unit against the local average of 3 persons.

One of the reasons for the high population density was attributed to the high number of no-residents living in the property, as several of the estate’s units were being used as staff accommodation for non-resident workers, with most of these units even having more than seven inhabitants.

A total of 803 foreign workers lived in the estate of which 82 per cent were from Mainland China, with the remaining hailing from either the Philipines, Vietnam or Nepal.

Although almost 91 per cent of owner-occupiers either strongly supported or just supported the redevelopment, only 37 per cent were willing to bear fully or partially the costs of the renewal.

Most of the occupiers or about 66 per cent supported a ‘flat-for-flat’ – compensation method in which existing property that could be viewed in advance and is not public housing would be offered as a form of compensation for the redevelopment, with only 26 per cent accepting to receive public housing in exchange and 32.3 per cent accepting to return to the state after redevelopment.

A substantial number of residential units in the estate was also found to being used for business activities or non-residential purposes, about 106.

Only 55 per cent of the property owners of a total of 2,554 registered ownerships were contacted during the survey.

“MUR will make every effort to keep looking for the remaining property owners, while urging relate property owners to contact the company so that the redevelopment can quickly begin,” the public company stated.

Under the existing redevelopment policy, it is mandatory to obtain 100 per cent consent from respective households, which makes urban renewal works extremely difficult to proceed.

According to the report a total of around 4,800 buildings, almost two-thirds of the city’s buildings are over 30 years old, 1,700 of which face structural ageing issues.

The Iao Hon Estate was built between 1970 and 1972 in land previously occupied by a racecourse and later by agriculture fields and wooden houses.

Iao Hon Property (Macau) Co. Ltd. purchased and developed the land into the state, with the complex the first in Macau to use the precast component method, which allowed the fast construction of numerous units with lower costs.

The sale price of most units was said to be around HK$20,000, with some sold as low as HK$15,000, with the low prices even attracting Hong Kong buyers looking for holiday homes.

Macau authorities first announced plans to attempt to develop the ageing estate in 2004, but only after the Urban Planning Committee was founded in 2016 and the Macau Urban Renewal, a public company in charge of urban redevelopment was created in 2019 could the renewal finally advance.

However, the legislation defining the urban renewal process – aside from a temporary housing law – is yet to be created, while the city’s urban master plan – crucial for such works – expected to delivered to the Chief Executive in the second half of this year.

Under a proposed new urban renewal law, the percentage of consent required from property owners to proceed with the reconstruction of buildings should be defined by the age of the building so, in the case of buildings aged 30 years and over and below 40 years, it would be necessary to obtain the consent of 90 per cent of the owners.