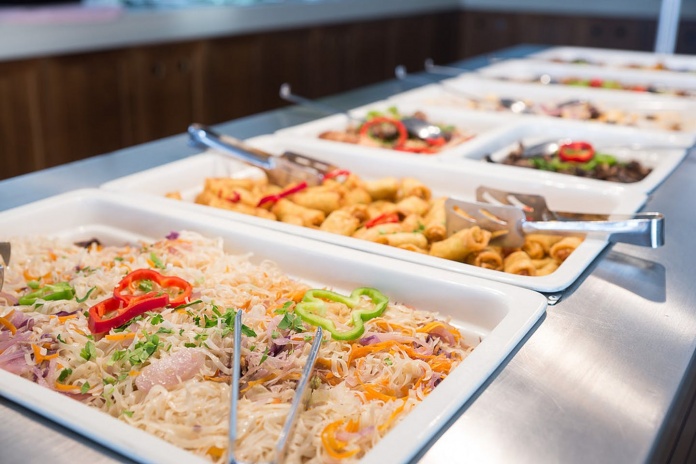 Food waste is an ongoing problem for many urban areas. Statistics generated by Direcção dos Serviços de Protecção Ambiental [DSPA] in 2016 showed that Macao generated 550 tonnes of food waste daily. Many researchers have pointed out the problems caused by uneaten food including the challenges of food separation and harmful bacteria produced by rotten food.

In Macao, most of the rubbish is incinerated and over 40% of the garbage is food related. Since cooked food contains a lot of liquid, burning food waste causes extra pressure on the incinerators, and this is further polluting our city.

Therefore, starting from April 2021, DSPA has begun a project to recycle food waste from households. Residents have to bring their leftovers to the DSPA office, then the food waste is recycled and turned into plant fertiliser. However, this project has not yet created much noise in the city. This may not be a surprise, since very few voices have been gathered to discuss the problem of food waste. It seems both food suppliers and restaurant owners have also not taken a lot of responsibility to help tackle this issue. The question is, ‘is it too little, too late?’

The situation seems to be worse when people eat out. In some cities in China, each person accounts for 90 grams of uneaten food per meal when they dine out in restaurants. This number is likely associated with Chinese cultural behaviours such as over-ordering for the purpose of fulfilling their social norms. Some people believe that it is better to have more than what you can eat on the table than being accused of being stingy. Not knowing the portion sizes and ordering unfamiliar dishes just to ‘try things out’ can be contributing factors also. As a city crowned with the title of Creative City of Gastronomy by UNESCO, it is not only the government’s responsibility to sort our environmental problems. It is time for us all to reflect on the food waste issue and think of incentives to encourage both sides of the business.

One suggested solution for reducing food waste is to enhance better communication between restaurant managers, staff and consumers. In December 2020, the Guardian newspaper reported that restaurants in China can face fines up to 10,000 yuan if they induce or mislead guests to “order excessive meals and cause obvious waste”. Additionally, laws have been drafted to strictly monitor food waste in Chinese restaurants. As a small and special administrative city in China, Macao should not be falling behind in the battle to fight for a better living environment.

One successful example of reducing leftovers in restaurants is the “Operation Empty Plate” campaign. It has worked effectively in many major cities in China since 2013. A small discount is offered to consumers when they manage to “clean their plates” by the end of their meal. Not only can it reduces food waste,  but it can save manpower in the kitchen. Firstly, staff have to be educated about the issues regarding food waste. Then, they can help customers make sensible decisions and order the right amount of food. You may be surprised to learn that customers are happier if they end up having a ‘guilt-free meal’.  Many restaurant-goers feel proud of having zero leftovers and not needing to ask for takeaway boxes at the end of their dinner.

The call for us to be concerned about our food waste goes beyond the necessity to decrease its impact on our environment. There are many people in the world living in underprivileged conditions. The United Nations (UN) estimates that 821 million people are currently starving or undernourished, which is equivalent to 12.9 percent of the world’s population. By 2050, approximately two billion people are likely to be malnourished. A development goal called Fight for Zero Hunger was set by the UN in 2015 to combat this global challenge. As we dig in to our buffets in hotels or the all-you-can-eat hot pot dinner, we may want to rethink the way food is grown and consumed.

September 29, 2021
Authorities from the Macau SAR and neighbouring Zhuhai city have agreed that measures to prevent...

September 29, 2021
The European Central Bank must not "overreact" to transitory supply shortages that have pushed inflation...
Load more