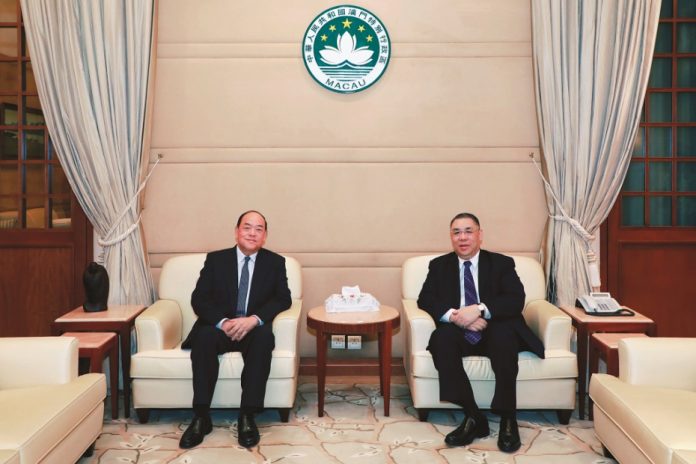 The new Chief Executive (CE) Ho Iat Seng’s entry into action could not have been more different from that of the recently departed Chui Sai On. And it was not exactly brilliant.

It is true that we all want a CE with ideas and who’s ready for action, rather than the sleepy, opaque posture that has characterized the past decade.

But Ho Iat Seng decided to strongly accuse Chui Sai On’s former secretary with a justification that has raised many eyebrows, thus tainting with suspicion one of the best mandates in Macau’s public administration.

In order to justify his displeasure with what he calls unjustified money spending, Ho Iat Seng publicly accused the former Secretary for Social Affairs and Culture, Alexis Tam, of squandering public funds.

In media interviews, the newly appointed CE commented that the ‘unnecessary spending and wasteful management of resources was as bad as the crime of corruption’.

Such a strong invective – which should require clarification and, if confirmed, the intervention of the authorities in charge – has taken everyone by surprise. More so, because Ho Iat Seng himself appointed Alexis Tam as the representative of the territory’s Economic and Commercial Delegation in Lisbon and of the European Union in Brussels. The current Secretary for Transports and Public Works, Raimundo do Rosário, who held one of the best positions in the public service, led for a long time and regretfully had to leave to accept the invitation of the previous CE to return to Macau.

The consensus with which this reward was met is difficult to understand, and the CE will have to explain the reasons behind his behaviour, since he soon after described the former secretary as practically a criminal.

As for the strong criticism in defense of a greater control on public spending, I also think that, if on the one hand there’s no reason for it, as I will explain shortly, on the other hand they were misdirected.

With regards to spending, and as the Macau News Agency (MNA) reported, the government has used only 72 percent of its MOP 22.9 billion (US $2.8 billion) budget for investments in 2018, according to last year’s budget execution report.

In fact, most of the funds were used as part of the government’s Investment and Development Expenditure Plan (PIDDA), which employed the 72.9 percent of the authorised budget (MOP 15.4 billion of the MOP 21.1 billion available).

In total, the Macau Government had an authorised expenditure budget of MOP 105.1 billion, but finished 2018 with MOP 83 billion in expenses – 2.1 percent year-on-year up – with investments representing only 20 percent of those expenses.

The Office of the Secretary for Social Affairs and Culture, Alexis Tam Chon Weng, had the second-largest authorised PIDDA budget, but only used 43.6 percent of the MOP 3.7 billion provided for the departments under his authority, the lowest execution rate recorded by the five Secretaries in 2018.

Thus, it is easy to see that if Secretary Alexis Tam was to be criticised for anything, it would have to be for not having used the money that was budgeted for key areas of social development: education, health, culture.

I have repeatedly criticized this inability of the government to even use the budgeted money, proving that inaction led to unnecessary savings. Especially when, year after year, expenses are fewer than the revenues.

It is a mistake to think that a society advances just because it saves money. So, if Alexis Tam didn’t waste money because he didn’t even spend half of the PIDDA he was entitled to, only Ho Iat Seng knows why he criticized him so harshly. And now he has to clarify this stance, in the name of other equally important values: transparency and public trust in the agents placed at the top of the management pyramid.

As far as spending is concerned, the new CE is well aware that what has to be clarified, and which is a flagrant attack on the control of public money, are the ‘donations’ of hundreds of millions, or better billions a year to profitable private institutions that get those rewards through legal subterfuge, under the cover of foundations and similar other entities.

We sincerely hope that Ho Iat Seng will continue with this desire to see over such huge unnecessary expenditures, but we hope he will direct his attention towards the right targets.

As the former MP and President of the Legislative Assembly, Ho Iat Seng now has the opportunity to improve many other irregularities, create greater transparency, change procedures and – provided he will receive the necessary support from the establishment – even change the political chessboard, but for better reasons…

As the Macau News Agency (MNA) also recently reported, members of the Legislative Assembly Follow-Up Committee on the execution of the Macau SAR 2019 budget were left surprised by the low amount of information that government representatives were able to provide to answer their questions on public expenses.

The committee met with representatives from six government departments, including the Infrastructure Development Office (GDI) and the Financial Services Bureau (DSF) to discuss the handling of the public purse in 2019.

However, government representatives were not able to respond to an inquiry on who would receive a compensation amounting to more than MOP 500 million (US $62 million) for the transfer of a heliport, the expense being included in the mid-term budget review documents.

Government representatives were not even able to provide the committee with information on what kind of heliport facility it was, and seemed not to be aware of the details of the deal although it had been established almost two years ago!

These situations are not uncommon, and they are a real shame and proof that the government is poorly staffed.

Which brings another issue to light, that of competent human resources – serious investments must be made to fix this. Whatever money is saved today by having incompetent or disinterested top officials is money – and a lot of it – that is lost tomorrow due to a poorly prepared society and a poorly equipped city. 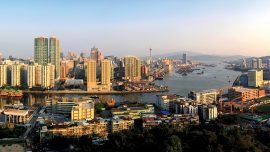 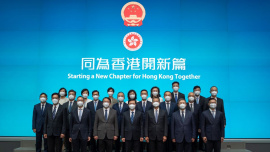 OPINION – An Analysis of John Lee’s Ministers and Advisers

June 25, 2022
Judging from the appointment of Chief Executive-designate John Lee’s ministers and advisers, the new Hong... 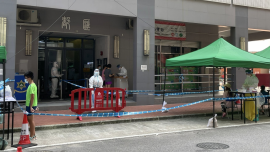 OPINION – Hard to make an omelette without eggs, Gov’t response to the pandemic

June 23, 2022
There have been many people criticising the Government for the strict pandemic control measures implemented,... 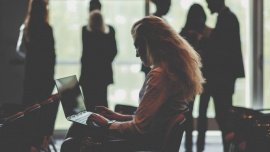