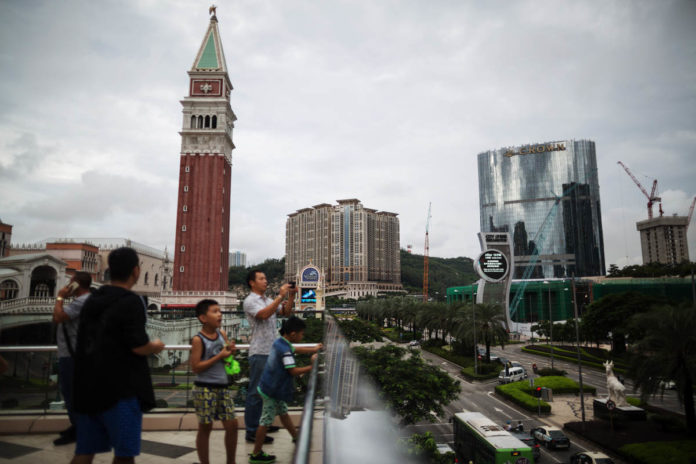 The history of the clinic, medical centre and spa at The Venetian has been a huge headache from the very beginning. From the way the business was set up to how it was divided, the many millions it owed, and having to face a bankruptcy petition from a contractor (something a doctor there tried to deny at the time, which reveals much of the character of certain ‘professionals’).

Anyway, now with the true scandal in which the Taivexmaló Day Hospital finds itself fully revealed, with accusations of illicit activities, someone has to do something. Because it gives a bad name to Sands China, owner of The Venetian – as if the gaming operator no longer had its share of bad press, although fortunately in recent years its main responsible persons have learned to bite their tongues – as well as a bad name to healthcare in a city desperately seeking to develop and diversify; and a bad name for Macau.

Of course, this is only because no-one in Macau has the courage to punch the table. With unacceptable behind-the-scenes games continuing as usual.

Speaking of healthcare, something has to be done to make this sector better. If there are clinics providing illegal care, for which they do not have licensing, it is because they are responding to a demand created by the insufficient supply of such care. Or that the care that exists is from places where such offerings are not good.

But there are also cases where there is no proper healthcare because the government, in an incomprehensibly irresponsible way, has quite simply not regulated it. Thus, citizens in need – in order to avoid travelling to other jurisdictions – are looking for clinics that turn a blind eye to legality, to the law, in exchange for profitable custom.

A black market that only exists because someone allows it to.

There are citizens who only seek the most needed oncology or in vitro care, for example, at the best level. Since there is money available, and plenty of it in the public coffers, is it not time for the government to think of doing more than subsidising electricity and water and distributing annual cheques to placate the populace?

PS – It is an interesting coincidence that the private hospital that is paid for with public money waits for it to be allowed to offer Intrauterine Insemination (IUI) services. Of course, this TaivexMaló scandal could hasten the result and thus guarantee a few million more dollars of the public purse.

THE SILENCE IS BROKEN

Finally, someone has said it: in government there is no interdepartmental work. And this time it was not a publisher or an analyst. God knows we’ve been telling the same old story for years . . . It was the Secretary for Security, addressing the deputies of the Legislative Assembly.

Of course, he said it to justify the creation of the Civil Protection Bureau, a “high level”organism encompassing civilian entities and security forces. A structure of the kind that exists in any other part of the world, see? That could have been copied for years, decades, but that was not because at that time a dozen people had not died during the passage of a typhoon. But come on, let’s not be mean. At least they react – as we have always said (it would be better if the government could have acted but you can’t have everything).

Now we just have to create other interdepartmental structures to resolve other issues that normally take years when it should not take more than weeks: inspections and licences, for example. Legislation. Let’s all take advantage of the ‘Hato’ effect. We might strike lucky!

NEWS BY THE MINUTE. CHECK IT ONLINE

Macau News Agency (MNA), launched by the publishing group that owns Macau Business, is a success. Far beyond expectations, despite the incognito of being an online news service in a city like Macau, which unfortunately still lags far behind. Starting with legislation. This government does not know what to do with this mystery of the Internet and so does what it always does. Closes its eyes and pretends.

Some government bureaus are more knowledgeable than others. And there are those who take advantage to authorise some ‘work outs’ for friends.

Macau News Agency – available at www.macaubusiness.com – offers free local and international news. Soon, MNA will also offer independent access to its individual site in addition to the existing portal where you can presently find articles from all our publications and MB.tv – also with local and international video news, interviews, documentaries and exclusives – plus other services that we will provide.

A couple of crashes caused by too many views at the same time – while creating a temporary problem, solved within minutes – were the first sign of the success of the launch. There is still, however, a lot to be done and we are working with our provider ecloudvalley (Amazon) in Hong Kong to have it all bright and shiny by year-end. The news agency that will let you access news as it happens, long before it’s published.

Join us in our new adventure!

May 15, 2021
The five agreements signed between the governments of the Hong Kong Special Administrative Region (HKSAR)...

May 15, 2021
In a recent, well-received, if highly selective, ethnography of mainland China (‘Being Modern in China’),...

May 15, 2021
He has been playing a proactive role in the new wave of studies on Macau...
Load more