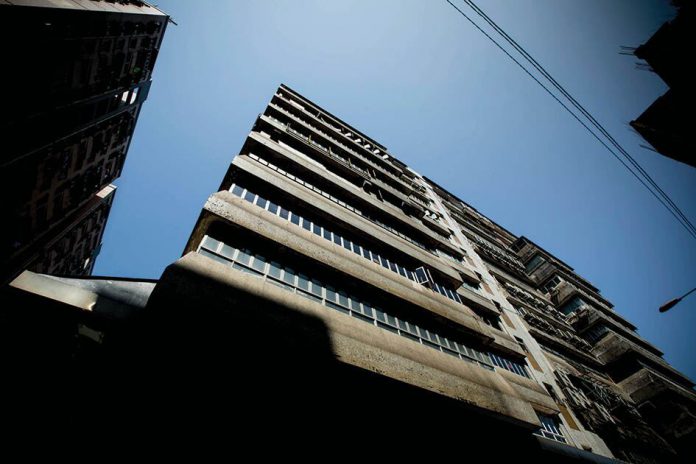 More than two years ago, Chief Executive Fernando Chui Sai On identified five main defects of government departments undertaking public consultation exercises: too many consultations at the same time; established stances before engaging the public; a limited number of residents participating in some exercises; content staying at surface level; and difficulty in forging consensus. The city’s top jobholder pledged at the time that the Administration would study how to ameliorate the consultation mechanism.

Fast forward to now: his promise has yet to materialise when the public continuously complain about the same old problems – to the extent that political observers urge the authorities to commit to an overhaul of the mechanism, establishing a regime to replace the existing guidelines and weeding out established stances prior to consultation.

The latest controversy concerning consultation involves amendments to an administrative regime, proposing new requirements for governing commercial and leisure activities. The consultation document, unveiled in October, recommended theatres and cinemas only be allowed to operate in hotels or commercial buildings.

This condition has irked local cultural and art groups, many of whom stage their shows in industrial buildings due to the city’s soaring property prices. Art groups recently lambasted authorities that none of the public sessions for the amendments included the local cultural industry, leading authorities to arrange a new session exclusively for the sector by end-October during the two-month consultation period.

“This just reflects the lack of co-ordination in the consultation process across different government departments,” says legislator and communicator Agnes Lam Iok Fong. With the initial targets of consultation only limited to traditionalist groups such as Macau Federation of Trade Unions, General Union of Neighbourhood Associations, and Women’s General Association of Macau the government should consider more new voices in the future with regard to the arts and cultural policies . . . [traditionalist groups] are representative but cannot cover all the sectors [of society],” she noted.

The legislator added that the government should fully review the current consultation mechanism, turning current guidelines into law, ensuring “all stakeholders have a chance to directly express their opinions.”

The government did not have a tradition of conducting many consultation exercises after the handover in 1999, increasing only after the May 1 Labour Day protests of 2006, since when the city has witnessed a surge of consultation exercises on various policies and measures. Against increased criticism of the quality of such exercises, the authorities released guidelines on public consultation in August 2011, setting up some general principles on how public bodies should be prepared for and undertake the exercises, as well as compiling the opinions collected into reports. Hard on the heels of the launch of the guidelines, some 64 consultation exercises had been conducted as of end-November this year, government figures reveal.

The guidelines also empower an administrative reform co-ordination committee – headed by the Secretary for Administration and Justice, with representatives from the secretariats of the Chief Executive and five Secretaries – in overseeing and co-ordinating the process. All public bodies have to report to the committee details of the consultation exercises they plan to undertake at least 180 days prior to commencement.

The efficiency of the committee, however, is in doubt as the public often bemoan the plethora of simultaneous consultations. In the recent weeks since September, authorities have rolled out five consultation exercises on a wide array of topics – namely, amendments to the administrative regime, amendments to the Labour Relations Law, a universal minimum wage bill, proposed changes of entry to casinos, and the set-up of a new municipal organ.

Despite the crowded agenda of the past few months, no consultation was put forward by any government department in the May to early September period. The same scenario of Summer vacation also occurred last year, when the public had nothing to discuss between August and October.

Political commentator Larry So Man Yum is not surprised by the poor co-ordination among public bodies in consultation, a lingering problem in the territory. “Many government departments rush to conduct consultations at the end of the year in order to fulfil the goals listed in the annual Policy Address,” he remarked.

For instance, the government is now ‘consulting’ upon the inception of a new non-political municipal organ in accordance with the Basic Law, the city’s mini-constitution. Despite requests from some in society for the members of the new organ to be elected by popular vote, officials reiterate that the members have to be appointed by the Chief Executive.

In two rounds of consultation exercises for the accreditation and registration of social workers in 2012 and 2015, there was a strong consensus among local professionals that a committee in charge of the accreditation should be selected by popular vote within the sector. But the long awaited bill submitted to the Legislative Assembly in November proposed all members of the first edition of the committee be appointed by the government, without mentioning any possibility of selection by popular vote.

“It’s unclear now whether and how public opinions are incorporated into the government’s policies after consultation,” concluded Mr. So.

The 2011 guidelines only require government departments to complete a consultation report within 180 days in the conclusion of the consultation exercise for the public and stakeholders to have a clear grasp of other opinions in society. Over the past 15 consultations conducted in recent times, more than a quarter – or four consultations – failed to complete the analysis report before the deadline, such as a bill on the management of the city’s territorial waters, government data show.

The guidelines say government departments have to respond to key issues arising from the consultation of the analysis report, and how they will follow up on legislation of the bills or implementation of the measures. Nonetheless, it does not provide any guidance on whether or how public opinions can be incorporated in the policies.

Professor Luo Zhimin from the Law School of China University of Political Science and Law is also doubtful about the effectiveness of the guidelines, writing in an academic paper about public participation in Macau that they give “too much discretionary power” to the authorities in undertaking consultation; namely, freedom to choose the means and target audience for the exercises.

She also acknowledged that the public might not be fully informed on all the key issues before voicing their opinions.  “If the administrative bodies do not supply all the information, the public cannot have a clear grasp of the policies and any public participation will become an empty gesture with no true meaning,” she concluded.

In the wake of Mr. Chui’s pledges to improve the consultation mechanism two years ago, the government announced in the last three annual Policy Addresses that it would enhance the effectiveness of consultation. In the Policy Address for 2016 it said it would review the system, following plans in the subsequent year to improve several areas, namely how a consultation exercise is initiated and what activities have to be conducted.

In the latest Policy Address for next year, the authorities say they ‘will continue to improve’ the guidelines, demanding government departments list the consultations they intend to conduct in the following year for better co-ordination of the administrative reform co-ordination committee. The information gathered in preparation for the consultation should also be publicised as much as possible so that the public can have a clear grasp of the subject they are asked to comment upon, it added.

‘[The government] will adopt a diversified and pro-active means with new media to consult [the public] in a bid to enhance efficiency,’ enthused the Policy Address.