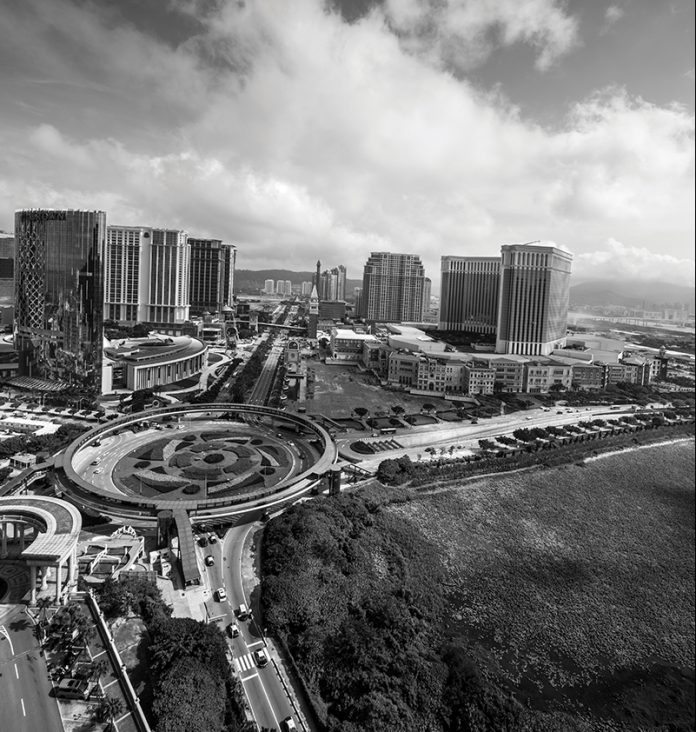 Looking at gambling enclave Macau, the eastern Caribbean island of Barbados, and Samoa, a group of holiday islands in the South Pacific Ocean, one might be hard pushed to come up with the common denominator. It might take some guessing but the recent decision by the European Union (EU) makes it easier to draw parallels between them: they all appear on a list of 17 countries and regions whose tax standards are out of sync with the bloc.

The inclusion of Macau on the tax haven blacklist – on a par with Panama – has caught many by surprise in the city, and is an indictment strongly refuted by the local Administration. Although critics have cried foul, given the recent efforts of the territory to fight cross-border tax evasion they urge authorities to resolve the issue as soon as possible, which will not only affect the city’s image but also impose hurdles for companies venturing abroad.

In the wake of several high profile revelations documenting how officials, entrepreneurs and multinationals employ offshore accounts to avoid tax and hide assets, the EU has stepped up efforts in recent years to tackle tax avoidance, culminating in the blacklist announced on December 5 after months of screening 92 jurisdictions. The 28-nation bloc determined that 17 countries and regions, including Macau, have failed to improve the transparency of their tax regimes and engaged in harmful tax practices.

The EU reasoned in a report that Macau has not signed or ratified the Multilateral Convention on Mutual Administrative Assistance in Tax Matters of the Organisation for Economic Co-operation and Development (OECD), and did not commit to resolving the issue by end-2018. The treaty, formulated by the OECD and the Council of Europe in 1988, and updated in 2010, is a multilateral instrument facilitating all forms of tax co-operation in order to crack down on tax avoidance among its signatories.

China signed the treaty, which came into force in 2016, in 2013 but its two Special Administrative Regions – Hong Kong and Macau – have yet to adopt the treaty. The Asian financial centre is placed among 47 jurisdictions on the EU’s grey list of tax havens, as Hong Kong has pledged to comply with its standards by 2019.

The Macau SAR Government responded in a strongly worded statement that the city’s designation as a ‘non-cooperative’ taxation jurisdiction was ‘unilateral and biased’. The city’s membership of the OECD initiatives – the Global Forum on Transparency and Exchange of Information for Tax Purposes, and Inclusive Framework on Base Erosion and Profit Shifting – underscore its endeavours to enhance tax transparency to meet the latest international standards, the statement reads.

It added that the Administration has remained in close contact with the EU and other international bodies on the matter, and is now working closely with Mainland authorities to adopt the tax convention in the city, ensuring the gaming enclave is taken off the blacklist soon.

José Luís de Sales Marques, a locally based economist and president of the Institute of European Studies of Macau, remarked that the inclusion of the city on the blacklist is “unfair” and “baffling” given other well known tax havens such as the Cayman Islands and the Virgin Islands have been placed on the grey list, The decision reflects that “the EU does not have a clear grasp of the real situation of Macau,” he said, as more work tackling tax avoidance has been undertaken in recent times.

In May, the Legislative Assembly approved the Law on Exchange of Information on Tax Matters to comply with an OECD initiative – the Common Reporting Standard and Due Diligence on Financial Account Information – which requires jurisdictions to obtain information from their financial institutions such as information on certain types of account and taxpayers, and automatically exchanges information with others on an annual basis. The territory’s financial institutions have collected the relevant information since July, with the system for automatic exchange to be ready this year, according to the information provided to legislators at the time.

Describing the EU move as “interference” in the governance of Macau, Mr. Sales Marques added: “[It] cannot force the city to change its [tax] regime that has been in place for years.” One of the criteria for the evaluation of whether a jurisdiction is a tax haven concerns harmful tax practice such as tax incentives for activities that are isolated from the domestic economy and tax benefits reserved for non-residents.

Pan-democratic legislator Au Kam San was also flabbergasted that the gambling enclave had been placed on the tax haven list. “This will certainly affect the image of Macau . . . but [I think] the government will address the issue as soon as possible as it has done in other areas.” He refers to the Administration’s endeavours in the past few years to improve its rules on fighting money laundering and terrorism financing in compliance with international standards.

A few days after the EU decision, Chief Executive Fernando Chui Sai On held a meeting at Government Headquarters on December 12 with a delegation of EU representatives and the consular representatives of several EU countries based in either Hong Kong or Macau. Mr. Chui told the delegation, quoted in a government statement, that it is “working diligently on the adoption in Macau of the Convention on Mutual Administrative Assistance in Tax Matters . . . [which] . . . would be helpful in ensuring Macau [is] taken off the EU list of ‘non-cooperative’ taxation jurisdictions.”

“Macau [is] looking forward to closer ties with the European Union in order to promote further the city’s development,” Mr. Chui was quoted as saying. The 28-nation bloc has said it plans to update the list once a year, which means the city could be de-listed as soon as this year should it meet the requirements.

It is expected that the inclusion of Macau on the tax haven list would not have a huge impact upon the relationship between the gambling enclave and the bloc for the moment. But the longer the city remains on the list the greater the impact will be as no EU nations want to be seen engaging with tax havens amid heightened scrutiny of transparency. Macau Business reported last month that two Portuguese lenders – Banco Português de Investimento and Caixa Geral de Depósitos – had ceased their offshore businesses in the city due to the reputation issue, as maintaining the branches in Macau might prove negative to the banks’ images.

Currently, no penalties have been imposed by the EU upon the 17 jurisdictions on the blacklist but the bloc is set to discuss possible penalties in the coming months, including restricting access to the European Fund for Sustainable Development, stricter monitoring of transactions, and special documentation required.

Jacky So Yuk Chow, Dean of the Faculty of Business Administration at the University of Macau, believes the EU move may have “some adverse impact” upon the city’s recent goal to develop its specialised financial industry, namely the financial leasing segment and the city’s role as a yuan clearing centre for Portuguese-speaking countries.

“The blacklist is similar to a credit rating,” the chair professor noted. “I’m concerned about the side effects on the private sector: given that many of the casinos and hotels have huge capital investments in buildings and fixtures, financing from the world markets is very common.”

“If the blacklist announcement also adversely affects the perception of investors around the world, financing costs for the Macau casino companies and integrated resorts may increase [which] will slow down the growth and domestic investment in Macau,” he opined.

Suncity Group, the city’s biggest junket operator, which has ventured into international markets in recent years to diversify its corporate portfolio, shrugs off any blacklist concerns. Questioned on the subject on a public occasion in December, Alvin Chau Cheok Wa, Chief Executive of the group, responded tersely: “I’m not concerned it will affect the confidence of international investors.”

This magazine also approached Kevin Thompson, president of the Macau European Chamber of Commerce, for comment on this story without success.

An entrepreneur in one of the chambers of EU nations here, speaking on condition of anonymity, is not too worried about the blacklist. “It’s more like a political gesture pressuring Macau to adopt the treaty [Multilateral Convention on Mutual Administrative Assistance in Tax Matters],” the entrepreneur noted. “[The central government] will not stand on the sidelines but come forward if the situation continues to escalate – I can see Macau delisting next year [2018].”

Questioned about the EU blacklist, a spokesperson of the Ministry of Foreign Affairs simply noted in a recent press briefing in Beijing: “The relevant decision made by the EU does not comply with the real situation in Macau.”

The European Union has set up a blacklist of so-called tax havens triggered by three main requirements: