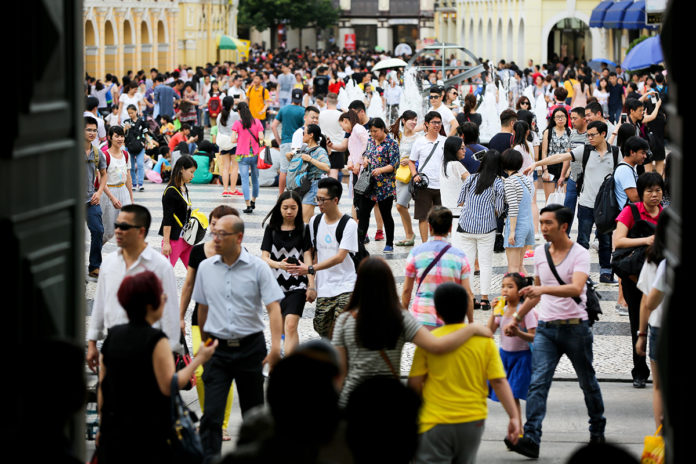 Lack of government transparency, collusion between political and economic powers in such a brazen way that it leads the ordinary citizen to think that it is normal and legal. The same citizen that feels hypocritically comfortable with the crumbs that fall from the banquets of the lords of power.

And in the midst of it all a grave silence on the part of the central government structures in Macau, disinterested or also colluding. At this point in the championship, it seems that nothing is useful. Therefore, without further ado, let us go to what matters, which is to leave some writings for the history of the city, however irrelevant they may be.

Tourism we do not want

Recently, police were called to a shop by Chinese tourists who said they had been kidnapped. That’s right, kidnapped, which is the legal term, since the employees had locked them inside the store without letting them out until they bought some of the products.

The employees said it was a misunderstanding, that they locked the doors to protect the tourists. Hilarious. Anything goes. And the police were more interested in resolving the issue as quickly as possible and leaving.

Were it not for the presence of some media, the outrage would have sunk without trace. Like so many others. Like so much in this city. The silence that perpetuates corruption, incompetence, crime.

We have long come to the conclusion that these cheap or free tours are a cancer. They bring nothing good. Tourists are often cheated and driven like animals through black outlets – many of them seemingly unlicensed but curiously operating under the radar as they are not inspected.

These tourists do not stay overnight in Macau, causing huge disruptions in their thousands to the circulation of buses that should have been taken out of circulation more than a decade ago.

The decoy of this type of tourism are the prices. These ‘tours’ cost virtually nothing. No wonder the so-called tourists are at the mercy of those who lead them. And they know that. A tourism scheme that brings to mind the illegal emigration to the United States: hordes of people stuck in containers, treated like rats and, after arriving at their destination, enslaved by the triad snakeheads for eternity.

If we already know that this type of tourism only interests those who open and close black stores as easily as buying fish in the Red Market why apparently does nobody do anything? Where is the Executive Council when it is needed – or are its members divided on this matter?

Inevitably, let’s go then to a New Year’s wish: we want politicians who feel that Macau is their home and their vaunted office not a mere table of obscure negotiations. We want effective leadership capable of courageous acts – not subterfuge embedded in familiar matters and businesses that, if known, would merit some of the biggest headlines in the Press.

We want someone to do something for Macau and not have Macau work for their bank accounts. No matter where they may be.

I believe he will

The President of the Legislative Assembly, Ho Iat Seng, has said it on several occasions: he is not interested in being Chief Executive. And will not even apply. With all the respect he deserves, I do not believe Mr. Ho is out of the race.

On the one hand, there are few who can aspire to replace Chui Sai On come December 20, 2019. Not, let’s face it, that that should be particularly difficult. But for a combination of interests. Although it would be good that Macau could finally have a leader that fights for the wellbeing of all, with charisma and ideas of his own and did not fall prey to traps and bad advice.

The fact that the current Chief Executive’s brother has taken on the vice-presidency of the parliament – an unnecessary move, we should say – and seeing in Ho Iat Seng an irresistible attraction for the first post of the SAR, leads me to conclude that he will be in the running. And to explain his change of heart will not be difficult.

It suffices to quote the old slogan that he could not say no to the call of duty by the motherland. 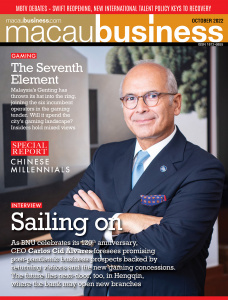