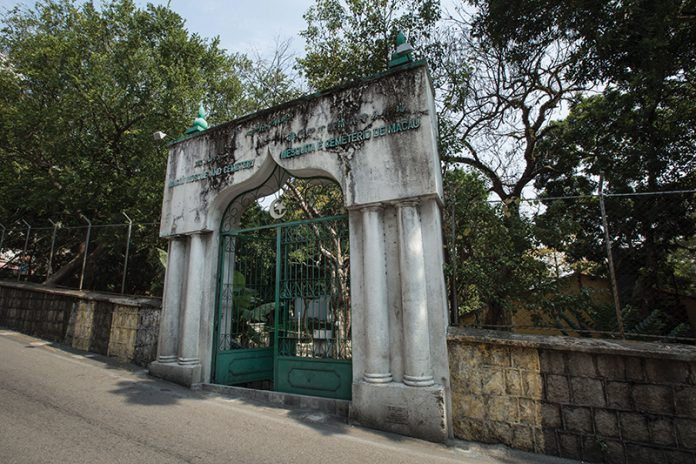 It is almost 6.30pm and the mosque on Ramal dos Mouros is getting crowded as evening prayer time inches closer. For the almost 3,400 Indonesian domestic helpers working in Macau, a great majority of whom are Muslim, Sunday is the only opportunity they have all week to visit the mosque. Their greetings are warm and welcoming but once I mention the reason for my visit the mood quickly sours.

Last year, on 16th September, 2017, the Consulate General of Indonesia in Hong Kong invited the leaders of Indonesian community organisations to a private event.

“They didn’t tell me what it was about; they only said it was about radicalisation and terrorism,” says one of two independent sources who confirmed this meeting to Macau Business. Both asked not to be named because they were not authorised to talk about it.

Once they arrived, recalls one person who attended the session, “three Indonesian army generals came over with all their staff and asked us if any domestic helpers had joined the radicals”. One word that for the Jakarta Government means a fringe of Islamic extremists who have not only led sporadic outbreaks of religious violence in Indonesia but gone as far as to travel to Syria to join IS.

Another attendee adds that “they talked about the characteristics of radicals; namely, having a long beard or wearing a full hijab,” traditional Muslim clothing designed to cover a woman’s whole body, except for her face and hands, as a symbol of modesty. The association between extremism and characteristics that are rather general of the local Muslim community was considered useless at best.

“Look at you,” she quipped, pointing at my scraggly week-old beard, “for all I know you could be a radical!”

Finally, the Indonesian generals asked the community to call the hotline of the National Agency for Combating Terrorism (BNPT in the Bahasa acronym) if they spotted any suspects. BNPT falls under Indonesia’s Co-ordinating Ministry for Political, Legal, and Security Affairs, and according to its website most of its leaders come straight from the military ranks. It was created in the wake of the 2002 Bali bombings conducted by radical group Jemaah Islamiyah, which killed 202 people.

A similar meeting was also held in Hong Kong, a member of Indonesia’s community in the neighbouring SAR has confirmed to Macau Business. This was followed, about a month later, by screenings in both cities of Jihad Selfie, a documentary that gives voice to those Indonesians who tried – and in some cases succeeded – in joining IS.

Those visiting the mosque this Sunday believe there is only one possible reason for the government’s anxiety: a report released in July of last year by the Jakarta-based Institute for Policy Analysis of Conflict. The Radicalisation of Indonesian Women Workers in Hong Kong describes how ‘several dozen’ Indonesian domestic helpers working in the neighbouring SAR had been assisting IS.

“I haven’t found any radical maids in Macau so far,” Nava Nuraniyah, the researcher who conducted this study, is quick to add. The report does mention one link to the city, however: a maid working in Hong Kong called Ayu who, before becoming radicalised to the point of helping finance extremist Islamic fighters – known as jihadis – going to Syria “got fired by two different employers and was once stranded in Macau, living on the street while waiting for a new visa.”

But the most compelling tie to the MSAR, Nuraniyah told Macau Business, comes from a second woman, who “used to volunteer at the migrants workers shelter provided by the Indonesian Islamic Centre in Macau, although she was working on Hong Kong Island then.” The researcher emphasises, however, that “the Islamic Centre’s staff probably weren’t aware of their member’s radicalisation”.

The maid eventually returned to Indonesia and is now “the second wife of jihadi royalty” Adi Jihadi, “a terrorist inmate from Banten, West Java,” says Nuraniyah. Adi is known for helping set up an Indonesian militant training camp on the Philippine island of Mindanao in late 2016 prior to the bloody Islamic uprising in the city of Marawi. He is the younger brother of Rois, currently serving a lifetime sentence for his role in the 2004 Australian Embassy outrage in Jakarta, and “has controlled a pro-IS group from inside the prison,” says the researcher.

The Consulate General of Indonesia in Hong Kong – despite not referring directly to this report – concedes that ‘the recent finding on the radicalism among migrant workers provides an example of how radicalism may affect anyone, and therefore a concerted effort in countering terrorism should be continuously carried out’.

“We asked them what they are going to do to prevent poverty, to create jobs, to tackle corruption, so that people don’t join IS”

In a written reply to Macau Business, the Consulate ‘underscores the importance of sufficient knowledge of the Indonesian community’ on what is being done back home to address radicalism, adding that ‘counter terrorism measures can only be successful with the collaborative efforts between the Government and all stakeholders, including our nationals who live abroad.’

What the generals had to say during the September meeting failed to go down well with around 30 community representatives in attendance. “We asked them why they were asking us” if any domestic helper has become radicalised, says one attendee, “and if they think it’s easy for radicals to persuade us just because we’re poor”.

Even Nava Nuraniyah, the researcher behind the report that triggered this chain of events, admits “the last thing anyone would want is religious and ethnic profiling”. Noor Huda Ismail, the director of Jihad Selfie, agrees that “profiling will not work . . . [because] . . . poverty is not the root cause”, telling Macau Business “anyone searching for meaning in their lives” can be seduced by “the bonding” they find in online extremism networks.

Nava Nuraniyah admits that “the government is very concerned and wants to find a quick solution” to radicalisation among Indonesian communities overseas but she warns that this is one problem that “cannot be fixed just through a security approach”.

Noor Huda Ismail goes even further, warning that “labelling people, instead of engaging them” could further push people to extremism.

A view shared by local Indonesians, who did not shy away from challenging the BNPT generals. “We asked them what they are going to do to prevent poverty, to create jobs, to tackle corruption, so that people don’t join IS,” says one community organiser. Nuraniyah agrees that susceptibility to radicalisation, particularly when it comes to domestic helpers, “is rooted in socio-economic grievances, dislocation and estrangement experiences”.

The priority, she warns, should be “to assist and empower the vulnerable, not push them away.” Noor Huda Ismail’s approach has been to open up a café in Java in 2009 which employs former extremists, explaining: “It’s not about challenging them; it’s about channelling their energies.”

Nava Nuraniyah believes the way forward is to improve the “social support system for migrants in a way that could empower them to stand up to exploitation” thus reducing their vulnerability, not only to extremist groups, she adds, but also to abuse by romantic partners, employment agents or even by their own employers.

Erwiana Sulistya Ningsih knows only too well how much harm abuse can cause. The 27-year old was tortured by her Hong Kong employer for eight months before being dumped at the airport with HK$70 and a life-threatening infection. The former domestic helper turned activist, who was in Macau last January, told Macau Business that Islamic radicalisation is “a big problem” among Indonesian maids in Hong Kong, adding low education, poverty and labour exploitation are major factors.

Nava Nuraniyah’s report highlights how Hong Kong’s live-in policy ends up increasing domestic helpers’ feelings of isolation. In fact, the Indonesian community in the neighbouring city responded to the publication of this research not with denial but by highlighting the small number of those radicalised, just 45 out of more than 153,000 maids. Nuraniyah calls for “some kind of peer-mentoring or expanding reliable consultation services for migrants,” led by religious and rights groups from within the overseas communities.

With her ordeal over, Erwiana is now hoping to help Indonesian maids by doing something as simple as listening. “We have to come together to talk about anything, our lives, our activities, the many things that are happening in the world,” the activist explains. Empowering domestic helpers to fight for their rights and against exploitation is one way to ensure they are not vulnerable to radicalisation, she concludes.

Meanwhile, in Macau, where domestic helpers are allowed to make their own living arrangements – and most do so – Indonesians believe there is already such a support network in place. “We don’t have any free time for radicalism; on Sunday we only go to the mosque,” says one worshipper, while another adds that “there are no radicals, just groups of friends.”

One question that remains wide open is how much – if anything – the SAR Government knew about the September meeting. While BNPT kept mum, the Consulate General of Indonesia in Hong Kong made no mention in its reply to Macau Business of having informed the local authorities of this visit by high-ranking Indonesian military officials.

Macau Business explicitly asked both the cabinet of Secretary for Security Wong Sio Chak and the Protocol, Public Relations and External Affairs Office if they knew of this event but no answer has been forthcoming. The Office was created in 2012 ‘to co-ordinate the inbound visit of national and overseas delegations’ coming to the city.

Any visit by foreign military officials is prone to raising diplomatic eyebrows, given the limited autonomy of the region in this matter, particularly as the city’s Basic Law states that ‘the Central Government is in charge of foreign affairs relative to the Macau SAR’ and Beijing authorities have so far been very strict in taking charge. In 2010, for example, the Central Government forbade the Portuguese training ship Sagres to dock in the city, stressing that even though it was a sailing boat built over 70 years ago it was still technically a vessel of war.

The request made to Indonesians living in Macau to report any suspects to a BNPT hotline could also pose issues. There is currently no formal co-operation agreement between security or law enforcement bodies from the two sides. The only public sign in that direction came in 2015, when Indonesian media reported that a Macau police representative had offered support to the country’s Attorney-General in tracking down corruption suspects that had fled Indonesia. 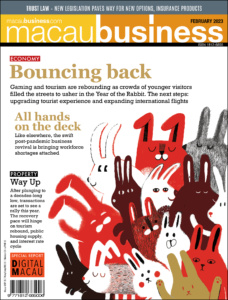 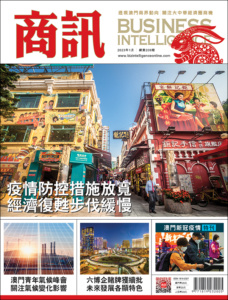 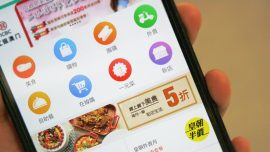 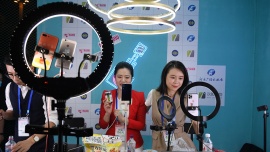 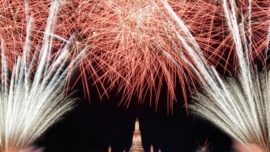 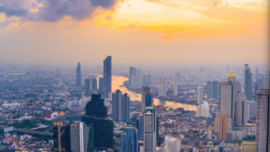