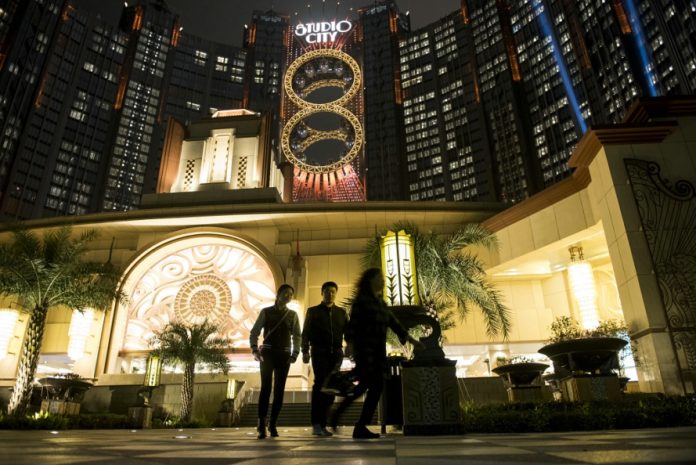 Gaming operator Melco Resorts reported some US$30.1 million (MOP240.6 million) in adjusted property results in the first quarter of 2021, a 44 per cent drop from the previous quarter, but the gaming group remains optimistic for the upcoming Labour Day Golden Week the group indicated in its latest financial report.

‘The COVID-19 outbreak continues to have a material effect on Melco Resorts’ operations, financial position, and prospects during the second quarter of 2021 […] health-related precautionary measures remain in place at Melco Resorts’ properties in Macau, which continue to impact visitation and customer spending,’ the group states in the report.

According to brokerage Sanford C. Bernstein, the group’s gaming results market share dropped to 16.6 per cent by the end of the first quarter of thia year, compared to 18.2 per cent in by the end of 2020, due to losses in VIP market share.

Still, the group reported some US$518 million in total operating revenues for the first quarter of this year, a 61.5 per cent rise from the previous quarter, of which US$433.7 million came from casino revenues.

Melco also indicated to be confident about the upcoming Labour Day Golden Week, which the group believes will be better than the previous October Golen Week or Chinese New Year, and is hopeful that by the last quarter of this year mass results can be back to 2019 levels.

The group’s CEO, Lawrence Ho, indicated in the report that construction on the expansion of Studio City is progressing, with the property to provide some 900 additional luxury hotel rooms and suites, one of the world’s largest indoor/outdoor water parks, a Cineplex, fine-dining restaurants, and state-of-the-art MICE space.

Last year Melco announced that it was unlikely the completion of Phase 2 of Studio City’s expansion would meet its deadline for May 31, 2022 due to the impact of the pandemic in the group’s operations.

The property recently announced its new water park attraction will hold its grand opening on May 22, as part of its phased upgrade.

“Also in Macau, our facility upgrade works at City of Dreams are ongoing, with the fully renovated Nϋwa nearing completion. In Europe, we are developing City of Dreams Mediterranean which, upon completion, will be Europe’s largest integrated resort with more than 500 luxury hotel rooms, approximately 10,000 square meters of MICE space, an outdoor amphitheatre, a family adventure park, and a variety of fine-dining outlets and luxury retail,’ Ho noted.

May 12, 2021
A 23-year-old woman who was mistakenly injected with too many shots of the Pfizer/BioNTech coronavirus...

May 12, 2021
Antibodies against coronavirus remained in the blood of patients with Covid-19 for at least eight...
Load more