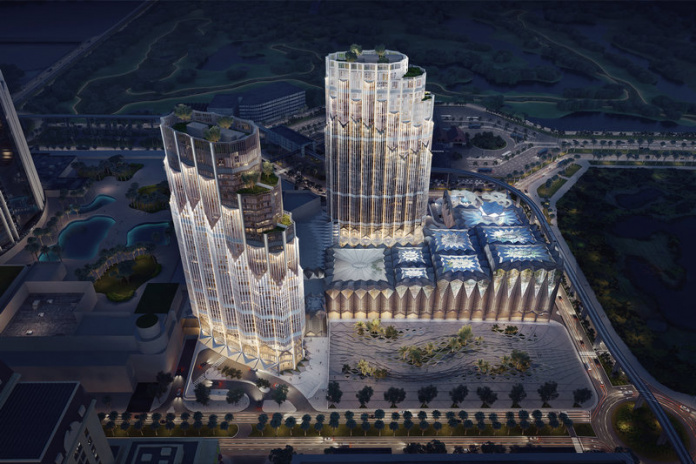 Melco Resorts & Entertainment announced today (Wednesday) that it will bring the W Hotels Worldwide brand to its Studio City Phase 2, in a partnership with Marriott International.

W Macau is scheduled open together with Studio City Phase 2 in December 2022, serving as a centrepiece for the expansion project.

The development of W Macau – Studio City will complement Studio City’s other hospitality offerings which include one of Asia’s largest indoor & outdoor water parks, a six-screen Cineplex, residency shows, new MICE space, and The brand’s signature with an on-site recording studio, W Sound Suite, according to a press release issued by Melco.

The hotel expects to feature 557 guestrooms, including 127 suites and wellness facilities, a spa, fitness center, indoor swimming pool and two dining venues, offering a total of 1,100 square meters of event and meeting space.

W is an American lifestyle hotel chain owned by Marriott International that is marketed toward a younger age group.

“Macau’s super-charged energy and unique identity as an entertainment hub, together with its mix of Eastern and Western culture, makes it a natural fit for W Hotels,” said Henry Lee, President, Greater China, Marriott International, as quoted in the same press release.

A total of US$1.3 billion will be injected into the Studio City Phase 2  expansion, which according to Melco’s latest financial report is on track to complete construction before December 27, 2022.