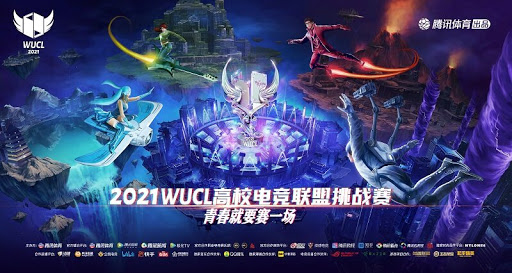 The competition will be held in Macau and Hengqin under a new “one game, two places” model, with the final held at the Cotai property Studio City.

“We collaborated with CCTV late last year to host the GBA Sim Racing Grand Prix 2020 – The National Final for the first time in Macau at City of Dreams, drawing the attention of e-Sports fans from across the country,” Melco’s Board Director, Clarence Chung, said in the announcement.

“We are pleased to now co-organize the World University Cyber League 2021 – Finals with Tencent Sports and look forward to bringing another wonderful international e-Sports event to the city to support Macau’s economic diversification.”

It has been held three times so far, covering 60 cities, 3,000 colleges and universities, and 1 million college students.

In 2018, Melco partnered with digital entertainment platform Garena to bring the 2018 League of Legends Master Series (LMS) – Spring Final to Macau for the first time, with the gaming operator having opened a new e-Sports facility at Studio City. with 10,000 square feet and a capacity for 300 people.

The EStadium was planned to host major multi-player e-Sports tournaments and promote live-streaming of eSports events taking place outside Macau.

Last year the final of the GBA Sim Racing Grand Prix (SRGP) was also held in the stadium, with local racer Filipe Veloso Chan, finishing 4th in The National Final.

June 23, 2021
Sydneysiders were largely banned from leaving the city Wednesday as Australian authorities rushed to stop...

June 23, 2021
It looks like chicken and tastes like chicken, but diners in Israel are tucking into...
Load more