As before, MGM Macau participated in this years Special Olympics Macau Golf Masters 2014 by acting as one of the major sponsors of the three-day competition held at Caesars Golf Macau. More than eighty international golfers, descended on the territory from all over the world: Spain, Zimbabwe, South Africa, India, Israel, Malaysia, South Korea, Mainland China, Taiwan, Hong Kong and Macau, to swing into action for the competition. Grant R. Bowie, chief executive officer and executive director of MGM China Holdings Ltd, and his management team took part in the competition as guardian players. He said: Its fulfilling to be part of this competition, which emphasises sportsmanship and respect among players. Were proud to be one of the major sponsors of such a meaningful event this year, and we look forward to supporting it again next year. The company also extended a warm welcome to the Special Olympics delegation off the golf course. Guided by MGM Macaus golden lion team, they visited the water-sky aquarium and watched a fish feeding show. The purpose of this activity was to increase awareness of marine conservation and protection. 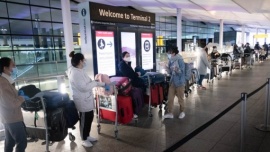 March 1, 2021
An additional tax will be added to outbound flights from London's Heathrow Airport, the largest...

March 1, 2021
The United Nations and European members of the Security Council on Friday called on Israel... 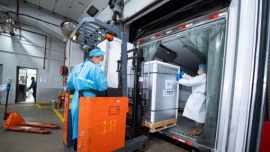