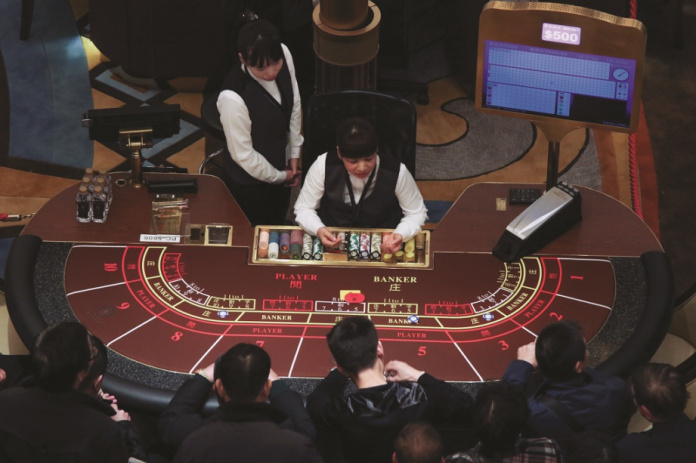 Gender, financial and family status, and Buddhist affiliation have a role when it comes to the likelihood of one being a problem gambler in Macau, a recent research carried out by Macau Polytechnic University (MPU) scholars found.

In the study titled “Profiling of Gamblers and Problem Gamblers Among Casino Patrons in Macau SAR”, scholars To Wai Ming and Huang Guihai said that their research confirmed that a Chinese male at the age of 35-54, who is self-employed, single (separated, widowed or divorced) and living alone “had a high probability of being a problem gambler”.

The research, which was published online in the Journal of Gambling Studies this month, also suggested a correlation between problem gambling in Macau and Buddhism. “While the association between Buddhism and problem gambling seems a bit surprising, it can be explained that Chinese men who are influenced by Confucianism and Buddhism see gambling including casino gambling to be a socially reinforced activity and a way of testing one’s luck and fate,” the two MPU academics pinpointed.

A research team led by Professors To and Huang successfully interviewed 1,352 respondents who had gambled in the past 12 months in Macau for the study, prior to the onset of the Covid-19 outbreak in early 2020. Among the respondents, one-third were local residents while about half of them came from Mainland China, namely nearby Guangdong province.

The problem and pathological gambling prevalence rates of the respondents were 15.1 per cent and 7.1 per cent respectively, the study said. “Slightly over one in every five Macau’s casino patrons [were] problem gamblers,” the two scholars said.

“Male gamblers had 1.42 times higher risk [of] becoming a problem or pathological gambler as compared to female gamblers when all the other predictors were equal,” they added.

In regards to the problem and pathological gambling rate of the general public, the latest triannual Macau Resident Participation in Gaming Activities Survey commissioned by the government found that only 0.8 per cent of the Macau population in 2019 could be regarded as having a gambling disorder.

According to their research, the median frequency of gambling among the respondents was about 24 times a year with each session lasting for three hours, while their median monthly gambling expenditure was HK$1,845 (US$235.4). Their top three favourite forms of casino gambling were baccarat, Sic Bo, and slot machines, it added.“[T]he data the present study obtained would increase the understanding of problem gambling among casino patrons in Macau,” the MPU scholars said. “They should be utilised to fine tune public policy towards responsible gambling in Macau

October 7, 2022
Hong Kong said Friday it will not act on any "unilateral" Western sanctions, after a...
Load more