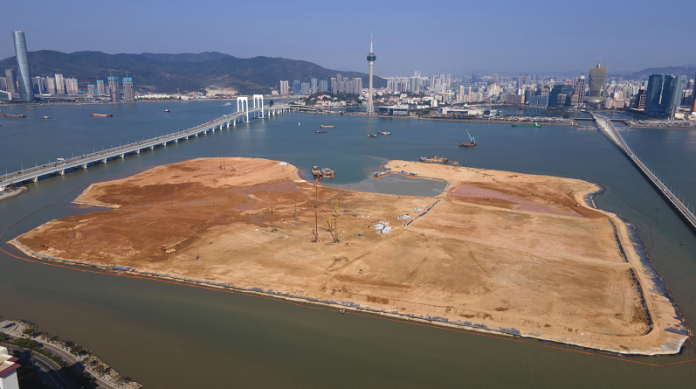 The Macau SAR government currently lists 47 public development projects over MOP100 million and under different progress stages. These projects include large-scale public infrastructure plans such as the Fourth Macau-Taipa Bridge or the Hengqin Light Rapid Transit Line link, but also include smaller planned upgrades to the local incineration plant or social housing projects.

In a partnership with association Hong-Kong Data lab/Modwize, Macau News Agency has devised an interactive map hoping to provide readers with an accessible tool to peruse the on-going projects and consult information on their respective assigned contractors, contract amounts and predicted date of completion.

The project map details were selected from the Land, Public Works and Transport Bureau (DSSOPT), the Infrastructure Development Office (GDI) and the Environmental Protection Bureau (DSPA), which together account respectively for 5, 38 and 4 of all public projects over MOP100 million.

Most of the information can be consulted in the regularly updated DSSOPT list of projects over MOP100 million, which MNA attempted to display in an interactive map form.

Readers can select the dots and consult specific information on each project, with the size already proportional to the respective contract amount.

Note: Names of the companies contracted were provided in English whenever possible, with their Portuguese or Chinese names included in public contracts added whenever an English equivalent was not found.