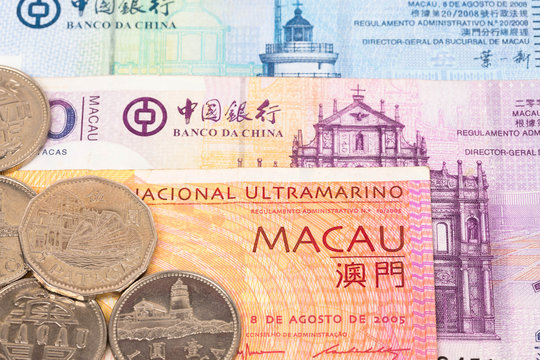 The exchange rate of the pataca grew against the currencies of the Macau SAR’s major trading partners in August as the US dollar continued to gain against all other world major currencies, the Monetary Authority of Macao announced today (Thursday).

The local currency is pegged to the Hong Kong dollar, which is itself backed by the United States dollar.

The U.S. dollar index, which measures the greenback against a basket of six major currencies, was at 109.60 on Wednesday, a hike that threw the euro and yen to two-decade lows and sterling to its lowest in nearly 40 years.

The Macau SAR’s foreign exchange reserves amounted to MOP212.9 billion (US$26.34 billion) at the end of August 2022, a small 1.4 per cent increase from the previous month the AMCM informed.

Local foreign exchange reserves in end-August 2022 represented 10 times the currency in circulation or 85.6 per cent of pataca M2 at end-July 2022.

M2 is a measure of the money supply that includes cash, checking deposits, and easily-convertible near money.

The trade-weighted effective exchange rate index for the pataca rose 0.36 points month-to-month and 7.11 points year-on-year to 110.3 in August 2022 showing its gains against the currencies of its major trading partners.

Still, the only economic indicator in the SAR which stood positive previously – import volume of goods – fell significantly in July to MOP4.39 billion, down 71.5 per cent from MOP15.39 billion in the same period last year and 58.2 per cent from MOP10.5 billion in June, according to the Macau Economic Association.

During the same period, total merchandise export amounted to MOP594 million,
down by 47 per cent year-on-year, with the value of re-exports (MOP462 million) declining by 51.1 per cent.