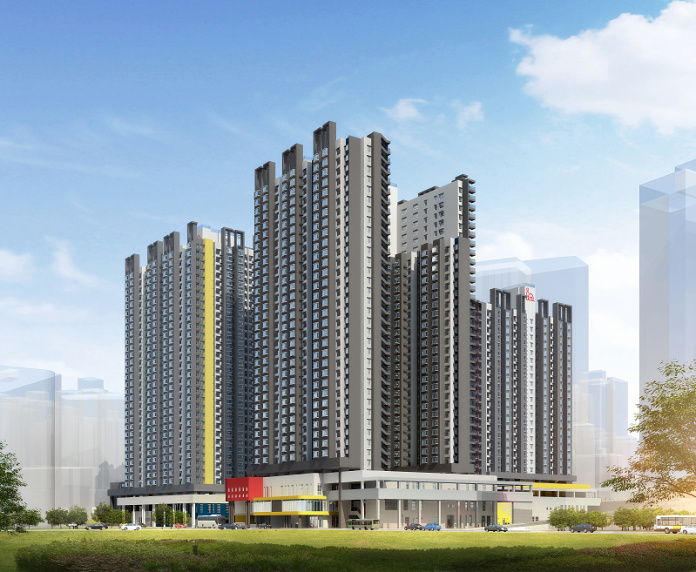 The project at the former CEM power station in Areia Preta covers the construction of the main public housing building, plus a bus terminal, basement auto-silo and social facilities in the 11,443 square meters area.

A total of 1,590 housing units will be made available, including one-bedroom (model T1) and two bedrooms (model T2) housing units, as well as around 800 parking spaces for light vehicles and motorcycles.

A 475 working days maximum mandatory execution target was determined for the completion of the structure, with the project granted a maximum 727 days period for completion.

After three years, the foundation works for the public housing complex were completed this month by Companhia de Engenharia e de Construção da China (Macau), Limitada, which received a MOP509.2 million contract for the project.

Ming Shun has previously been awarded a MOP1.1 billion public contract for development of the Athletes Training and Formation Centre at Macau Dome in Cotai, with the company also responsible for part of the future 2,803 Areia Preta’s Lot P temporary housing units.