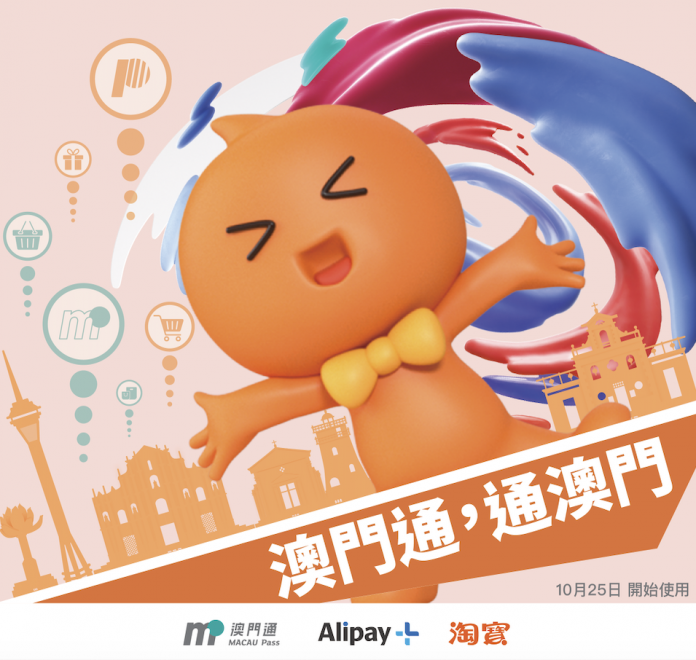 The shopping festival kicks off on October 20 and ends on November 11 each year with multiple e-commerce platforms and retailers offeirng special deals and offers duiring the festival.

This year MPay cooperated with Alipay+ – a suite of global cross-border digital payment and marketing solutions launched by Ant Group – to be allowed as an authorized electronic payment service in Alibaba’s e-commerce platform, Taobao, since October 25.

Since then residents in Macau and other registered users who are not Mainland Chinese residents could use MPay to make payments in Macau patacas directly when shopping online with Taobao.

According to AGTech Holdings Limited – an Alibaba subsidiary and Macau Pass controlling shareholder – during this year’s Double 11 Festival, MPay launched a number of promotional activities, including no handling fee for paying on Taobao with MPay, and MOP30 (RMB26/US$3.75) off for every MOP200 purchaseduring Double 11.

‘Since joining Taobao two weeks ago, MPay has been making continuous efforts to bring more enjoyment to local residents in Macau in making payment on one-stop cross-border e-commerce shopping’

AGTech is an integrated technology and services company engaged in electronic payment services, lottery, mobile games, and entertainment and marketing technical services with a focus on Mainland China and Macau.

In March of this year, AGTech completed a HK$778 million (US$100 million) acquisition of Macau Pass Holding Ltd, a move the group’s CEO, Sun Ho, considered would deepen the interconnection of the local mobile financial infrastructure with the Greater Bay Area.

AGTech noted in its recent announcement that facing the increasing consumer demand in the Guangdong-Hong Kong-Macao Greater Bay Area, Macau Pass, will continue to carry out extensive cross-border payment business cooperation between Macau and Mainland China, assist the SAR in becoming a ‘smart city’ and bring ‘more convenience to the residents in Macau’.

Macau Pass’s business volume doubled in 2021 from the previous year, which helped the mobile payment group to improve from MOP11.5 million (US$1.4 million) in losses in 2020 to MOP5.4 million in profits by the end of last year.

Alibaba this year chose not to disclose ful reuslts for its signature ‘Double 11’ shooping spree for the first time after forecatss figures suffered an unprecedent decline, Bloomberg reported.

The group only revealed thats ales were in line with last year’s performance and despite Covid-19 restrictions and. As in last year’s some 290.00 brands took part in the event, which egenrated almsot RMB540 billion in gross merchandise value last year.

December 5, 2022
Traditional rivals France and England will meet in the World Cup quarterfinals after emphatic victories...