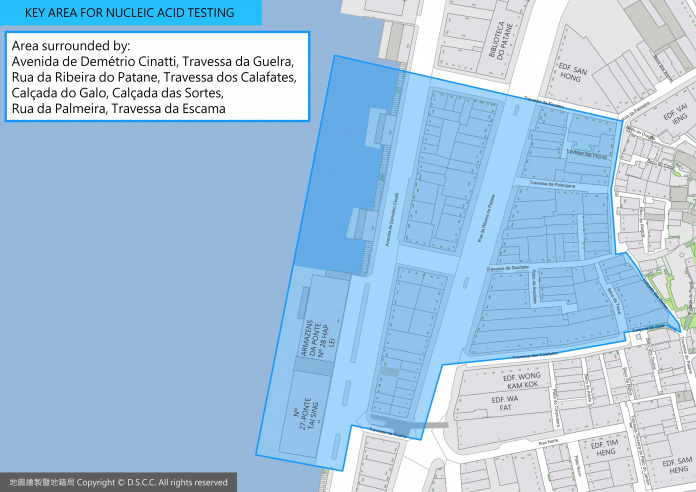 After another additional imported positive case of COVID-19 was detected two nucleic acid test drives were ordered for some areas around Patane between August 13 and 15.

One additional imported positive case of COVID-19 was detected under management and control yesterday (Friday), involving a 64 years old male Macau resident, a crew member of a Hong Kong-Macao cargo ship and a close contact of the confirmed crew member reported on 10 August.

This prompted authorities to order all individuals in some key areas around Patane required to undergo two nucleic acid tests within three days, each at least 24 hours apart, from August 13 to 15.

People who have stayed at the above place(s) for more than half an hour on or after 8 August will be covered in this NAT drive, with infants and toddlers born after July 1 2019, as well as the elderly and disabled persons who have difficulty in walking or who need care from others, not exempted from this NAT drive.