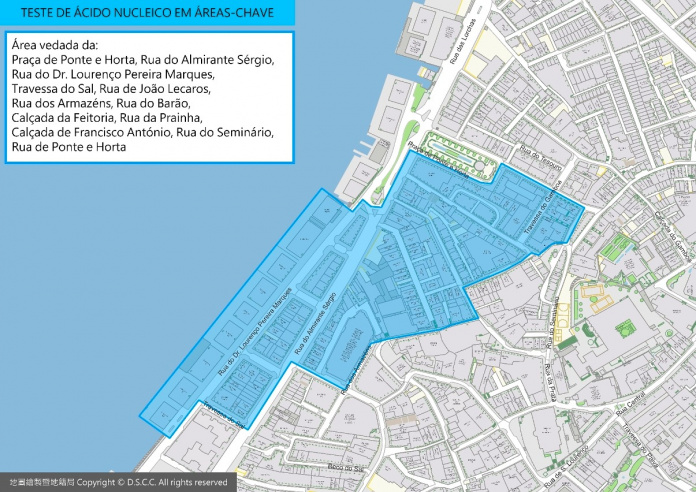 Health authorities have announced that a new mandatory nucleic acid testing (NAT) will be launched today (Wednesday) with another one to be conducted on August 12, for individuals who live or work at zones near the Inner Harbour which were frequented by the crew of Hong Kong-Macau route cargo ships who tested positive for COVID-19.

The two nucleic acid tests are set to be completed within three days, and the second test must be conducted after at least 24 hours from the first test, while individuals who take a self-paid test or test for the key work groups can be exempted from this mandatory test on the same date.

The NAT round is targeted at people living or working in these areas or whoever has spent at least half an hour there since August 7.

Children born after July 1, 2019, as well as the elderly and disabled people who have difficulty walking or who need care from others, can not be exempted from the test due to the “high risk of infection in the area”.

A 73-year-old local male crew member of Hong Kong-Macau route cargo ships tested positive for COVID-19 today and was listed as a new imported case, causing his residency – the Edf. Mayfair Court at Rua de Francisco António (near the Inner Harbour) – is to be cordoned off and listed as a red-code area.

People who live with the man who tested positive and his colleagues on the same ship have already been sent to conduct nucleic acid testing and will be placed under medical observation, with epidemiological investigations in progress.