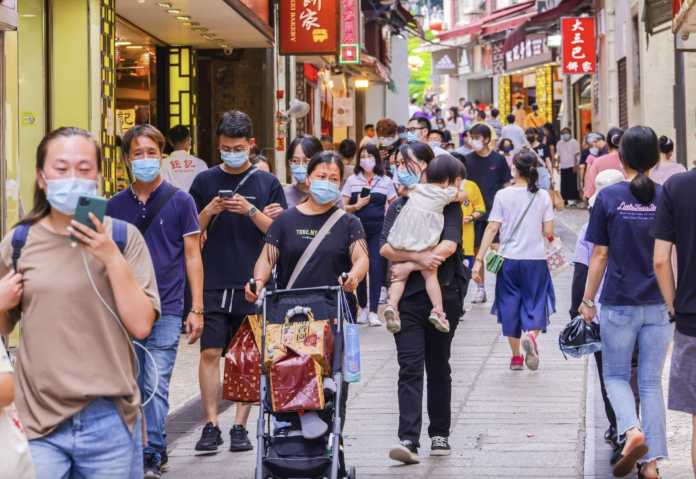 Macao Government Tourism Office (MGTO) Director Maria Helena de Senna Fernandes indicated today (Wednesday) that the tourist volume recorded was “gratifying” during the first four days of the National Day Golden Week, with the average daily number of visitor arrivals reaching over 29,000. The remark came as the latest official data shows that daily visitor arrivals to Macau hit over 37,000 on October 1st, the second highest daily tally since the beginning of this year.

Meanwhile, Ms. Fernandes said that the National Day fireworks show had generated positive feedback, with some 58,000 people having watched its live broadcast on the government’s WeChat official account.

At the same time, President of the Macao Leisure Tourism Services Innovation Association Wong Fai, indicated on a TDM phone-in show this morning that the National Day holiday this year came as a “surprise” for the tourism sector, as the SAR managed to attract a large number of tourists from across the border at a time when residents were urged by mainland authorities to stay put during the holiday.

“It’s encouraging for the market. The industry described the business activity during the holiday as the best since this year, and the market situation seems more prosperous,” the tourism association president stressed.

Wu Liangyou, Deputy Director of the National Health Commission’s Bureau of Disease Prevention and Control, urged the public at a press conference in September to refrain from traveling across cities in droves during the Mid-Autumn Festival and National Day Golden Week holidays to avoid causing a possible risk of flare-up of Covid-19 infections.

From September 10 to October 31, mainland residents will be required to present a negative nucleic acid test (NAT) conducted within 48 hours when travelling by air, land and sea, and those who make cross-province trips will also be subject to a so-called ‘voluntary nucleic acid test’ upon arrival.

Also, individuals are required to produce a negative NAT conducted within 72 hours to gain entry to hotels or tourist attractions, and avoid ‘unnecessary large gatherings’ such as training, exhibitions, and cultural performances.

Meanwhile, Deputy Director of the Macau Government Tourism Office, Cheng Wai Tong noted that considering both the pandemic situations in Macau and on the mainland have been unstable this year, the Office will move their promotions online in the future and provide deals on air tickets on mainland e-commerce platforms.

According to the data released today, the average hotel occupancy rate between October 1 and 3 was 80.6 per cent, an increase of 32.5 percentage points compared with the average of 48.1 per cent reported for the same period last year.

The average price of hotel rooms stood at MOP 957.7, an increase of 23.9 per cent compared with the average room price recorded in the same period last year.

December 8, 2022
The risk of nuclear weapons being used in the Ukraine conflict has lessened thanks to...

December 8, 2022
A judge sentenced a top aide and ex-boyfriend of fallen Theranos founder Elizabeth Holmes to...

December 8, 2022
The Pentagon announced Wednesday it has awarded $9 billion in cloud computing contracts to Amazon,...