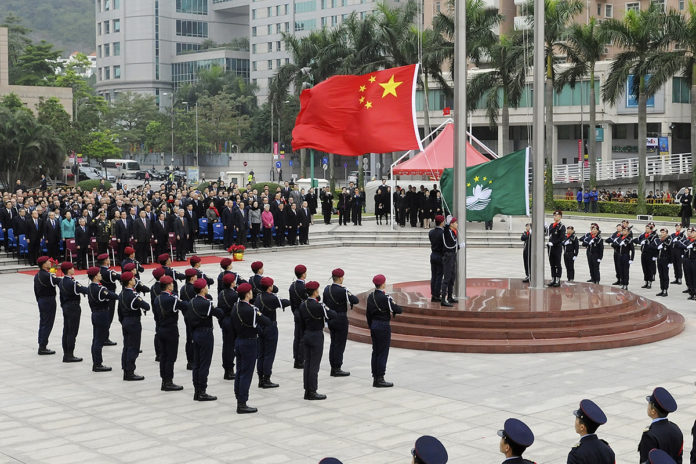 “The revision of the law on the defense of state security and the legislative production of the legal regime for the interception and protection of communications will be advanced”, Ho said in a question and answer session after his policy address at the Legislative Assembly.

Regarding the review of the state security defense law, Ho Iat Seng promised to “optimize the functioning of specialized units, continually improve the internal management and executive mechanism of the law enforcement agency and intensify communication and cooperation with the Mainland China, in particular with the cities of the Greater Bay Area, in the prevention and repression of acts against the security of the state”.

The local legislation differs considerably from the national security legislation enforced in Hong Kong in 2020.

Since 2018, Macau’s leader has been chairing a national security commission comprising local officials, to oversee the enforcement of the law.

In contrast, Hong Kong’s national security legislation was tailor-made by China’s top legislative body, the National People’s Congress Standing Committee (NPCSC), in June – 17 years after the city’s government shelved its bid to have its own law after about half a million people took to the streets in protest.

According to the 2022 policy address document the local administration will promote the ‘implementation and improvement of the legal framework for the defense of national security in Macau and its enforcement mechanism’, ‘safeguard the full governing power of the Central Government over the Macau SAR’, and ‘defend the sovereignty, security and development interests of the country and to maintain the general stability of Macau society’.

“We will have a stricter approach concerning national security, we will have clearer definitions. Before we had broader articles but concerning the international circumstances, we want to have more specific definitions. We need to update our framework […] people who obey the law do not need to worry,” Ho added.