Macau casino stocks plunged between 5 to 8 per cent in Hong Kong trading after South China Morning Post (SCMP) reported yesterday that China would start cracking down on illicit money channelled through the city’s casinos.
China’s Ministry of Public Security is shepherding the move, the newspaper reported. SCMP also cited documents it saw which confirmed the government action and which it said were sent to Macau’s banks late yesterday by the city’s monetary authority. The Chinese ministry had held a meeting in November with Macau regulatory and police units to discuss ‘criminal activities’ related to mainland bank cards and point of sale machines, according to a government statement.
The report translated into yet another dark session this year for Macau casino shares. Galaxy Entertainment fell 8.2 per cent.  Wynn Macau, part of Wynn Resorts, dropped 4.9 per cent. MGM China, a subsidiary of MGM Resorts, retreated 7.5 per cent, while Sands China, part of Las Vegas Sands, was down 6.2 per cent. Melco Crown’s Hong Kong listed shares fell 4.6 per cent.
A senior casino industry insider told SCMP: “This is big; they’re calling it the ‘new normal’ here in Macau. This is direct control over transactions by the Ministry of Public Security. It’s serious and key people are going to be scared.”
The report came just two days prior to Chinese President Xi Jinping’s visit to Macau for the 15th anniversary celebrations of the former Portuguese enclave’s return to China’s sovereignty. Macau has recorded six months of decline in casino revenue as Xi’s campaign against lavish spending by officials continues to discourage gambling by high rollers. The city is also bracing for the first annual decline in revenue for 2014.

Since the beginning of the year, stocks from the biggest operators here have lost an average of 30 per cent in value. According to several analysts, together with Xi’s anti-graft campaign, another main factor this year driving the plunge of revenues in Macau has been China’s slowing economy and the record drop in credit on the Mainland. Less credit has exposed junkets to difficult times with smaller operations forced out of the business. With business shrinking, VIP gamblers, a lot of them owners or managers of companies, are deciding to gamble here less. Recent data from Morgan Stanley reveals that high rollers are betting only a fifth of what they used to.
Stocks have also been on a rollercoaster as headwinds mount in Macau and investors grow increasingly pessimistic. World Cup diverting gamblers, visa restrictions, declining monthly revenues, and the introduction of a smoking ban are just some of the negative factors to surface this year.
Mainland payment services provider China UnionPay, Macau’s monetary authority and the city’s six major casino companies couldn’t immediately comment to Bloomberg. The Public Security Ministry did not answer a faxed request for comment.
The crackdown will impact Macau’s casinos “potentially profoundly, depending upon the extent to which this is enforced,” said Philip Tulk, a Hong Kong-based analyst at Standard Chartered Plc, in a telephone interview with Bloomberg.
“We’re aware a lot of the VIPs working with junkets use various means to get funds into Macau and if these methods are deemed illegal, then they’ll stop and it will impact,” he said.
Junket operators are middlemen who arrange gambling trips and money for the high-stakes Chinese gamblers who account for about two-thirds of the city’s billion-dollar gambling revenue. They are increasingly taking these high rollers to places like South Korea, the Philippines and Vietnam to gamble.

Credit Suisse reacted with scepticism. ‘While we don’t rule out that there may be new measures in the future, judging from what we hear, this seems to be old news’, the bank wrote in a note to clients. CS’ analysts underlined that they checked with several sources including banks, pawn shops and casinos and none of them had heard about the notice and the new measures. The bank also reiterated that Union Pay is an expensive way to transfer a large amount of money out of China and that VIPs prefer to use the credit junkets extend to gamble. “If the authorities really want to target the big and suspicious monetary transactions or the ‘tigers’ mentioned in the article, UnionPay may not capture those.
“The sector will be under great pressure going forward,” said Lantis Li, an analyst at Capital Securities Corp., adding investors are awaiting Xi’s comments on Macau this week and for any signs of his future direction for Macau. High rollers have historically avoided travelling to the territory when the President visits, and this will lead to another weak month for Macau’s gambling revenue in December, he said.
The new government drive will give the Public Security Ministry’s Economic Crimes Investigation Bureau electronic access to all transfers through state-backed UnionPay’s bank payment card in order to identify suspicious transactions, the Post reported today, citing people it didn’t identify.
The Bureau also plans to secure the repatriation of corrupt party officials who have fled overseas and funnelled illicit money out of the country, the newspaper said.

At the Bureau’s November 20 meeting with UnionPay, Macau’s judiciary police, monetary authority, and Public Prosecution and finance intelligence offices discussed the use of bank cards and machines and money laundering issues, according to a November 21 statement from the Monetary Authority of Macao (AMCM).
On November 28, China’s Public Security Ministry also met with representatives from 18 provinces and cities across the country to discuss steps to crack down on crimes related to gambling overseas, the ministry-run China Police Daily reported on December 1.
The Macau Government has curbed money flows to the world’s largest gambling hub by restricting the use of UnionPay’s debit cards at casinos. The Macau Monetary Authority ordered jewellery stores and pawnshops operating on casino floors to remove their UnionPay card terminals, making it harder for bettors to buy expensive items that they exchange for cash to gamble with.
China previously also cracked down on the use of UnionPay hand-held card swipers within casino resorts as concerns had been raised that illegal funds were being taken out of the mainland into Macau.
L.G. with Bloomberg 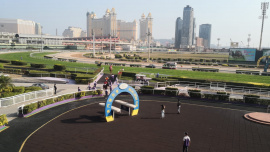 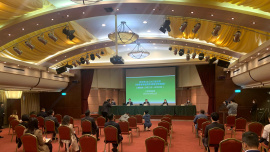 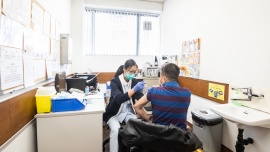