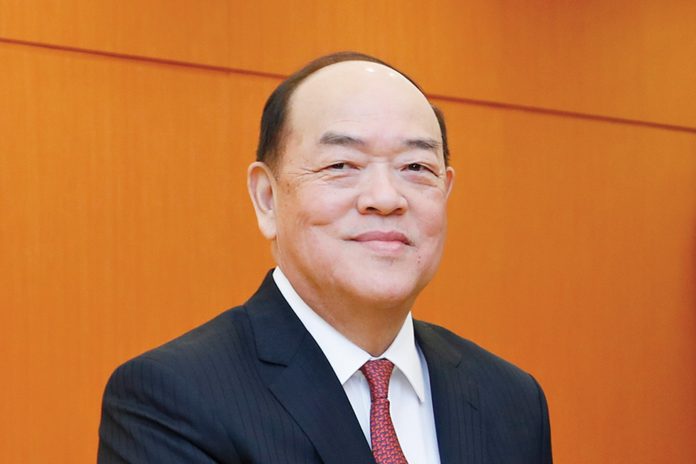 Ho Iat Seng has hailed public administration reform as a priority for his term. A bureau-level reshuffling has begun in key areas and the Chief Executive has announced steps towards a streamlining. But this is just the beginning. Additional personnel changes are in the pipeline. Analysts foresee moves aimed at improved efficiency and a focus on security and information management.

Once he threw his hat into the ring in last year’s Chief Executive race, Ho Iat Seng said it loud and clear: public administration reform is a must. The same was reiterated in April when he delivered his maiden Policy Address. But what’s truly in it? Secretary for Administration and Justice André Cheong said a public consultation would be launched later this year.

The COVID-19 pandemic and ensuing economic crisis is set to accelerate a tendency to rationalize expenses and the size of the city’s public administration. Ho Iat Seng seems to be a results-oriented leader and one that will demand more from civil servants. Current affairs commentator Larry So stresses that the rationale behind streamlining the administration is to “promote a more efficient administration and an improved quality of the service provided to citizens”.

Nevertheless, a broader restructuring is set to take place at a later stage.

Eilo Yu, Associate Professor of Public Administration at the University of Macau, said he believed “there will be another wave of mergers, which could include departments in the public works and construction areas, as there have been concerns over unclear duties and overlapping of function”.

In fact, pressure has been mounting for stricter control over public works’ projects constant delays and over-budget, of which the most conspicuous case was the Taipa Pac On Ferry terminal which saw its initial 2005 budget balloon from 800 million patacas to an expanded version of 3.2 billion patacas.

It did not go unnoticed the fact that the first major bureau-level personnel change occurred in the Land and Public Works Bureau (DSSOPT) shortly after the new Government took office. In mid-January, Secretary for Transport and Public Works Raimundo do Rosário replaced DSSOPT head Li Canfeng, with whom he reportedly had a dysfunctional work relationship, appointing Chan Pou Ha.

However, the personnel change that attracted more attention and eventually made headlines at a global scale was the one that took place in the Gaming Inspection and Coordination Bureau (DICJ). As first reported by Macau News Agency (MNA) on May 12 , Paulo Martins Chan requested to leave his position as DICJ head and return to the Public Prosecutions Office (MP) to be replaced in June by Adriano Marques Ho, a top advisor to Secretary for Security Wong Sio Chak. One cannot overestimate this development due to the sensitive and critical nature of the city’s casino regulator. It is both meaningful the fact that Paulo Martins Chan exits several months ahead of the end of his term  – scheduled for December 2020 – and the profile of his replacement.

Chan was appointed by then Secretary for Economy and Finance Lionel Leong in December 2015 to take over from veteran gambling watchdog chief Manuel Joaquim das Neves, who had been DICJ head since before the handover. When the name of the new Secretary for economy and Finance, Lei Wai Nong, was announced last December, some observers pointed out that the cohabitation between Chan and the new Secretary could face some hurdles. The reason: Paul Chan was the prosecutor that led charges against the same Lei Wai Nong, who was facing misfeasance charges while vice-president of the Civic and Municipal Affairs Bureau (IACM). Lei, alongside the other three defendants, including former IACM president Raymond Tam, was acquitted. A couple of days after his office confirmed the news firstly reported by MNA, Lei Wai Nong brushed aside any suggestions that the move was related to the case, stressing that Chan had previously expressed willingness to return to the Public Prosecutions Office.

Chan’s performance at the helm of DICJ earned him praise from some analysts. Jorge Godinho, a gaming law scholar and visiting professor at University of Macau, noted to MNA that Paulo Martins Chan “did an excellent job”, highlighting his role in pushing for “important regulations to tackle money laundering”. In the same thread, Ricardo Chi Sen Siu, Associate Professor at the University of Macau’s Faculty of Business Administration, pointed out to MNA that Chan  “did a great job by employing his professional knowledge in the legal area to launch a number of revisions and improvements of the existing regulatory framework for the appropriate adjustments of the industry”.

All eyes are now on the new DICJ boss. Similar to Chan, Adriano Marques Ho has a legal background, holding a bachelor degree in law, and is proficient in both of Macau’s official languages, Chinese and Portuguese. On a different note, Ho’s career is connected with Secretary for Security Wong Sio Chak. While Wong was director of the Judiciary Police, Adriano Ho was assigned with important roles such as being the  the head of the local Sub-Bureau of the China National Central Bureau of INTERPOL from 2004 to 2010 and as chief of the Judiciary Police’s (PJ) gaming-related and economic crimes investigation unit from 2012 to 2014. Ho followed Wong in his move to the Secretariat for Security, becoming an advisor to the Secretary.

Taking into account’s Ho’s background, some analysts regard this appointment as a way to further tighten control over the city’s core industry. “Adriano Ho comes from a strong security and intelligence background which can be seen as an important skill both by the central and local governments to bring about a clear casino business”, argues Larry So. Hence, there is a prospect of further “securitization” of gaming oversight, against the backdrop of a stronger focus on national security and increased tensions between Washington and Beijing, as Macau is to lay the ground for the gaming confessions’ public tender, which will determine the industry’s future in 2022 and beyond. The fact that three out of the six concessions are entirely or partially controlled by US operators brings Macau closer to potentially being in the intersection of the ever-growing US-China rivalry.

These factors coupled with the unprecedented impact of the COVID-19 pandemic in the industry further puts the spotlight on the travails the new gaming regulator chief will face.

The departure of Paulo Martins Chan “coincides with the most critical period in the gaming industry in many years”, notes Jorge Godinho as the next director of DICJ will have an immediate challenge to find ways to promote a return to normality, which naturally it will not depend only on him.

The appointment of Adriano Ho, someone closely linked with Wong Sio Chak, has led some analysts to contemplate the possibility of DICJ being transferred from the Secretariat for Economy to the Secretariat for Security. To some, this speculation holds water if we consider that, just a year ago, the Financial Intelligence Office (GIF) was moved away from the portfolio of then Secretary for Economy and Finance Lionel Leong  to be put under the umbrella of Wong Sio Chak. “We may speculate that the Macau Government may be considering to change the entire gaming industry regulatory and inspection affairs from the supervision of the Economy and Finance into the Security”, wrote Macau-based lawyer Pedro Cortés, senior partner at Rato, Ling Lei & Cortes law firm, in an article published by the International Association of Gaming Advisors.

The fact is that Secretary Lei Wai Nong is taking the lead in terms of bureau-level reshuffling. In addition to DICJ, there has also been a changing of the guard at the Macau Trade and Investment Promotion Institute (IPIM). Irene Lau was replaced in late May as IPIM chairman by deputy director of the Macau Economic Bureau (DSE) Lau Wai Meng who, before joining DSE in 2016, had stints as deputy director of the Labour Affairs Bureau and deputy coordinator of the Human Resources Office, a former government agency in charge of examining imported labour applications. The decision comes as Irene Lau’s predecessor is to stand trial facing corruption charges. There have been suggestions of an overhaul of IPIM, and some even question if it will remain as a standalone agency in the future, or if it will be merged into DSE. One should also note that Lau Wai Meng was appointed in April director of the Macau Investment and Development Limited Executive Board, replacing DSE Director, Tai Kin Ip, in the position.

Lei Wai Nong will also be deciding soon whether to reappoint for a new term the head of another key unit under his supervision: Monetary Authority chairman Chan Sau San’s tenure ends on August 20.

The Chief Executive, himself, will soon make important calls regarding two key positions related to public information. All eyes will be on Ho Iat Seng’s choices to lead the Government Information Bureau (GCS) and public broadcaster Teledifusão de macau (TDM). In both cases, the leaders have been reappointed earlier this year for unusual six-month terms, adding to speculations that a reshuffling would be underway.

In the case of TDM, such a move is more than certain, as Manuel Pires, the chairman of the broadcaster’s Executive Committee, filed for retirement effective on September 1, the day after the end of his term, as revealed by MNA. Pires had been the executive president of TDM since March 2014 and had been appointed for two three-year terms previously before seeing his term extended for six months in early March.

Some observers anticipate that GCS director Victor Chan Chi Ping, who has been in the position since the 1999 handover, is likely to be replaced as his term ends on June 30. Chan, himself, was a deputy Chinese news controller at TDM by the time he was appointed by the SAR’s first Chief Executive Edmund Ho.

Ho Iat Seng’s approach to these two positions will be telling about the Chief Executive’s public communication strategy. Ho has been showing a more direct and assertive take on matters and, during the press conferences that he has held since he was elected last August, there has been a sharp contrast both in style and substance compared with his predecessor Chui Sai On.

Larry So dares not to name who might take up those roles but is certain that the Government “will have a stronger focus on information management”.