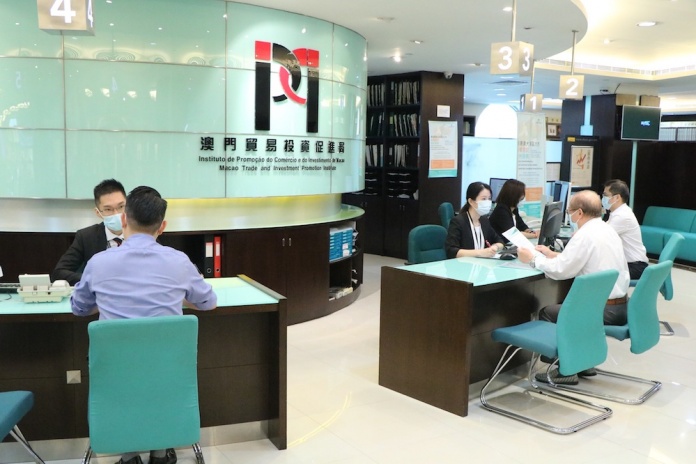 The Macao Trade and Investment Promotion Institute (IPIM) indicated that since it launched its optimised investor’s ‘One-stop Service’ in the third quarter of 2020 it has followed up on 402 new investment projects, and assisted 294 enterprises to start a business in the SAR in areas such as big health, modern finance, high and new technology, conventions and exhibitions, business and trade, and culture.

Under the new system, IPIM started organising “prior technical meetings” and reinforcing interdepartmental co-operation as a way to reduce the time required for the implementation of investment projects.

It also designated personnel to continuously follow up implemented investment projects to provide support for investors to quickly launch and maintain businesses in the SAR.

A total of 1,441 new companies were incorporated in the second quarter, an increase of 49 year-on-year, with the total value of registered capital surging by 108.6 per cent to MOP231 million (US$28.8 million).

In terms of the origin of capital, mainland China contributed MOP126 million or 54.4 per cent of total) to the capital of newly incorporated companies, with 36.3 per cent coming from Macau and 6.8 per cent from Hong Kong.

October 24, 2021
Human Rights Watch called on the United Nations to pressure Mali in weekend talks to...