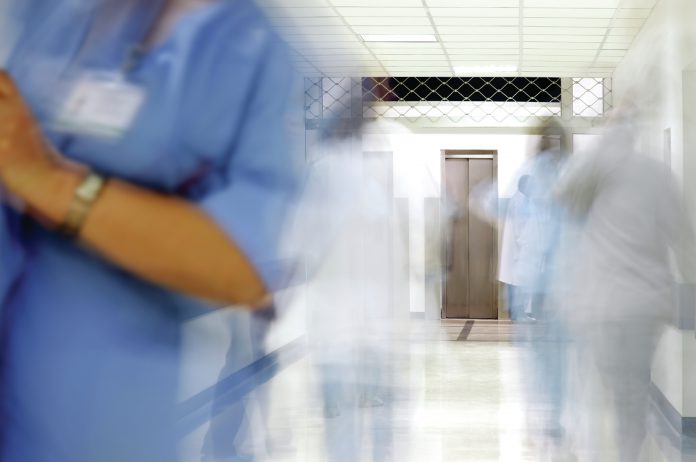 The new public hospital in Cotai, which will become operational next year and managed by a renowned Mainland Chinese medical institution, could kick-start the local development of medical tourism

Following more than a decade of planning and construction — as well as several delays — the main works of the city’s second public hospital, Islands Healthcare Complex, is expected to be completed by the end of this year. As this 420,000-square-metre complex in Cotai is slated for gradual operation in the subsequent year, observers believe it does not only greatly upgrade the healthcare capacity of the territory but might also pave the way for Macau to establish itself as a medical tourism destination.

Following the announcement of developing the Cotai hospital, in addition to the public Conde de São Januário Hospital on the Macau peninsula, in 2010, the authorities finally provided more details about the Islands Healthcare Complex last year, including the completion and operational dates. With a gross area that doubles the combined size of all the existing public healthcare facilities here, the new hospital will be run in public-private partnership and a non-profit model — all the facilities of the complex are owned by the government while the Peking Union Medical College Hospital (PUMCH) from Beijing will take charge of its day-to-day operation and management, the administration revealed.

Justifying this cooperation model as one of the measures by the central government to support the development of Macau’s healthcare sector, the local administration said that the new medical complex could cater to the diverse needs of residents for quality healthcare services and train local medical professionals. A report conducted by the University of Hong Kong and commissioned by the Macau government about the future operation model of the Cotai hospital also underscores the importance of the management of the new complex by private medical institutions outside of Macau. ‘… [T]he rapid development of new medical treatments, and diverse and increasingly complex diseases, has [sic] generally hindered the development of tertiary and quaternary medical services, resulting in relatively fewer specialist options being available to the residents in the [Macau]. The cost of transfers to other jurisdictions in 2019 for treatment not available in the [Macau] was MOP 218 million [US$27.25 billion],’ the report points out one of the current weaknesses of the Macau healthcare system.

With an investment of at least MOP9.86 billion (US$1.23 billion) for the first phase — including the General Hospital Building, Auxiliary Facilities Building, Integrated Services Administration Building, Nursing College, Staff Hostel Building, Central Laboratory Building, while a Rehabilitation Hospital is left for construction in the second phase — the Cotai hospital will boast about 1,100 beds, boosting the number of beds in all public and private hospitals in the city by 50 percent from about 2,150 existing beds now, the authorities added.

“PUMCH is the biggest hospital brand in Mainland China with good reputation for its quality medical services in various areas, and it is the National Guidance Centre for Diagnosis and Treatment of Complicated and Severe Diseases,” says legislator-cum-nurse Wong Kit Cheng. As cutting-edge technology and equipment will be adopted in the Cotai hospital, the city will be in a better position to provide more modern treatments in the areas of organ transplants, assisted reproductive service and treatments for other major illnesses, she adds.

PUMCH was founded by the American Rockefeller Foundation in 1921 and came under the control of the Chinese central government in 1951. Affiliated to Peking Union Medical College (PUMC) that is also known as the Chinese Academy of Medical Sciences, the Beijing hospital has been crowned in the first place for 12 consecutive years in the annual ranking list of hospitals in Mainland China compiled by the Hospital Management Institute of Fudan University.

Concerning the details of the cooperation with PUMCH, the administration has so far not provided further details, such as the finance cost and headcount for the daily operation of the hospital, only claiming PUMCH will not be paid for any service fees while the administration will settle the salaries of the staff. The complex will also provide both public and private medical services, and the revenue from the private service will be used to finance the future development of the hospital.

While the Islands Healthcare Complex is expected to expedite the local healthcare development, the government hopes it could do more. PUMCH plans to set up the so-called “International Medical Centre” in the Cotai hospital, targeting local residents, as well as the population of 70 million from the Guangdong-Hong Kong-Macau Greater Bay Area and Southeast Asian countries. In a visit to PUMCH in the nation’s capital by the end of last year, Chief Executive Ho Iat Seng said the new complex would facilitate the local medical tourism development for economic diversifications. In the Policy Address for 2022, the government has also pledged to develop the integrated leisure tourism sector of “gastronomy, vacation, sightseeing, shopping, entertainment, culture and creation, healthcare service and sports.”

It is not surprising that the city hopes to entice visitors for other purposes like health treatments rather than gambling, because medical tourism — referring to people travelling abroad for obtaining medical treatment, or in a broader sense, for promoting well-being through physical, psychological and spiritual activities — had indeed gained traction in the past few years before the Covid-19 pandemic hit. Global medical tourism consultancy Patients Beyond Border has expected the size of such a segment of tourism worldwide to reach US$300 billion by 2030 from about US$74 billion in 2020.

For Mainland China alone, the size of this market — in which the mainlanders travelling abroad for treatment — reached RMB185.1 billion (US$29.1 billion) in 2019 before the Covid-19 pandemic. Capturing the growing business opportunities, the Chinese southern province of Hainan has already established the Boao Lecheng International Medical Tourism Pilot Zone in 2013 with the publication of a development plan six years later.

Tie up with Hengqin

Though mainlanders in the past have opted to visit the nearby SAR — Hong Kong — and beyond for various medical and healthcare services, Leng Sai Vai, president of the Association of Federation of the Industry and Commerce of Macau Tourism, says some have also come to Macau for taking various vaccines. “The name of Macau embodies quality in the mind of many mainlanders,” he says.

Thus, in his perspective, the city has potentials to strengthen its appeal in medical tourism. “PUMCH is so acclaimed in the mainland, and its service has been highly sought after,” he continues. “With the team of PUMCH managing the new Cotai hospital, it could definitely attract some people in the mainland, particularly in the Greater Bay Area, to switch to Macau for medical services like body check and treatment.”

The city could also work with nearby mainland cities like Hengqin, Zhuhai to co-develop medical and healthcare tourism itineraries and offerings. “While Macau might lack wellness projects… it is an area that Hengqin and even Zhuhai as a whole could complement,” he illustrates. The Zhuhai College of Science and Technology also noted in a recent research report that there could be more “strategic and coordinated planning” for the two sides to launch more unique medical tourism products and services, as well as new insurance policies.

The two sides have collaborated in the healthcare segment for years, namely, the traditional Chinese medicine (TCM) industry, but no substantial results have been achieved. The administrations from both sides set up the Traditional Chinese Medicine Science and Technology Industrial Park of Cooperation between Guangdong and Macau on a 500,000-square-metre land parcel in Hengqin in 2011, but the three main tourist offerings of the park — which includes Ruilian (Hengqin) Wellness Resort, a themed hotel and resort facilities about healthcare lifestyle and demonstration of TCM culture; the Traditional Chinese Medicine Technology and Creativity Museum; and the Ola Lotus TCM cultural district — have not been operational but only been “basically completed”, the authorities have recently indicated. To further advance the development of Hengqin as the platform for the diversifications of Macau, the Guangdong-Macau In-depth Cooperation Zone was inaugurated last September on the island — in which both the Guangdong and Macau administrations are allowed to co-govern and shape the future of Hengqin — with TCM as one of the four sectors of the zone.

Concerning the possibilities of medical tourism in the territory, the report by the Hong Kong University also gives a positive answer. ‘[It] provide[s] an opportunity for Macau to develop medical tourism to attract clients from the Greater Bay Area, increasing the mix and volume of patients in the future to support the development of speciality services,’ it says.

“The medical service quality in Macau has been improved in recent years, which can be further enhanced after the completion of the Islands Healthcare Complex that will be managed by Peking Union Medical College Hospital,” says Lao Pun Lap, chairperson of the Macau Association of Economic Science. “[The new hospital] represents new development opportunities for the medical segment of Macau that could integrate with tourism offerings in a bid to attract travellers from the Greater Bay Area and Southeast Asia.”

The scholar also agrees there is a prospect for such tourism as the city is also expediting the so-called “big-health” industry — a term coined and made popular in the mainland that refers to all types of medical and health related services, from pharmaceutical products and TCM to fitness and health management products — for economic diversifications. The authorities have set up the Pharmaceutical Administration Bureau since the beginning of this year, which is tasked with the supervision of pharmaceutical activities, including TCM, and the registration of medicines. This move is seen as an attempt to bolster the development of health-related services and products in the city.

Macau healthcare institutions could also collaborate with counterparts abroad in the future to introduce quality medical technology and talents to the city apart from the Cotai hospital, the scholar says, adding the development of the big health industry and medical tourism require time, policy support and talents.

According to the authorities, the locals who will work at the Cotai hospital could apply for training at PUMCH in Beijing for one to two years, but there is yet a full blueprint for systematic training for locals through the new complex. “The hospital could serve as a platform for opportunities of employment and diversified, high-level professional training of local medical professionals,” says Ms. Wong, the legislator.

She is also upbeat towards the development of the new hospital and medical tourism in Macau. “The city could take reference from the medical tourism model in other countries like Singapore and Thailand… providing quality medical service and leisure activities to draw travellers,” the lawmaker concludes