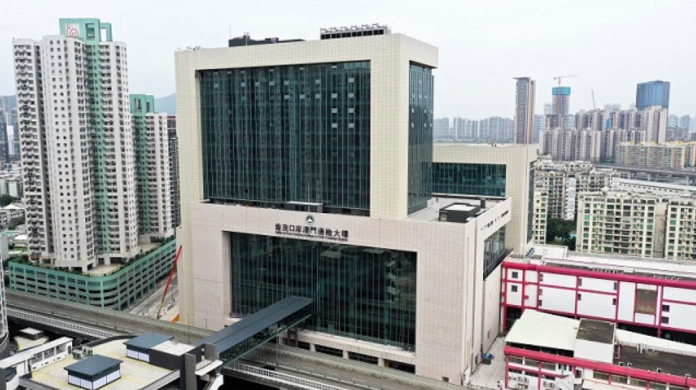 The project of the new checkpoint included the construction of a border post on the Macau side and on the Zhuhai side, a connecting passway, and the reorganization of the nearby water channel, known as Canal dos Patos.

The new border is also connected to the Zhuhai station of the Guangzhou-Zhuhai Intercity Rail Transport System.

“The construction of this project aims to relieve the border pressure at the Gongbei Border, as well as to improve the water quality of the Canal dos Patos through the interception of wastewater and a new penstock system,” the GDI noted.

The Macau side border and water channel reworks were initially slated to open in December 2020, while the completion of the Border Post on the Zhuhai side was scheduled for March 2021 however ‘adverse climate factors’ and the Covid-19 pandemic led to delays in the project conclusion until April of this year.

“At the moment, an inspection is in progress to receive the works carried out for the subsequent delivery procedure,” the GDI added.

The new border will add another access between the city and Zhuhai, after the new Hengqin border post was inaugurated last year.

May 14, 2021
Singapore announced a ban on dine-ins and cut group sizes to two people on Friday...