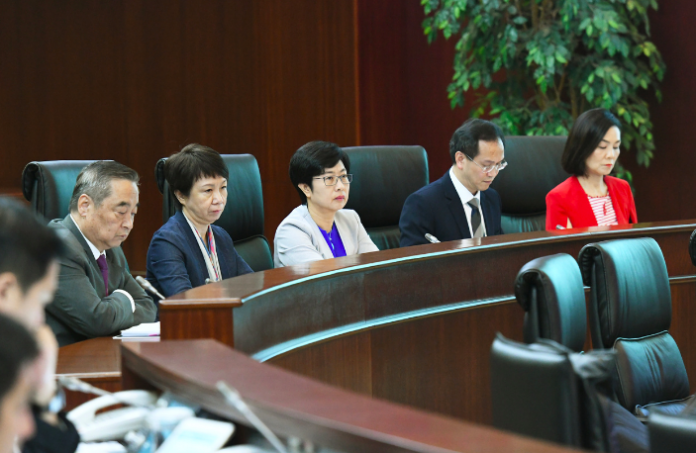 Secretary for Administration and Justice Sonia Chan Hoi Fan said today that authorities have no current plans to advance with any democratic reforms, with guaranteeing the stability of the current political system and of the local economy considered the main priority.

The statements were made at the Legislative Assembly (AL) while responding to legislator Au Kam San, who inquired if authorities will advance with any reform to allow the election of the Chief Executive (CE) through universal suffrage or increase the number of directly elected legislators in the city.

“The Macau SAR CE should be the leader of the Macau people but he is elected by a small circle of 400 committee members. This deficiency, the lack of acceptance by the populations of a CE elected in this way, coupled with the chronic disease of collusion between government and businessman, plus administration incompetence contribute to the low credibility of the government,” the legislator said today.

Secretary Sonia Chan enumerated some of the reforms enforced in the local political system in recent years such as increasing the number of CE Electoral Committee members from 300 to 400, or the increase in the number of AL legislators to 33, with two directly and indirectly elected legislators, both having taken place in 2012.

However, she did not advance with any plans or deadline for any further expansion of the local electoral system.

“In practical terms, the current electoral regime for the election of the CE and the elections for the AL has shown that he can adapt to the current level of development of society and the concrete situation of Macau, obtaining confirmation and recognition of the various sectors of Macau society, and the fruit of the development of the political system must remain stable and solid,” the Secretary added.

The legislator also noted that the changes in the electoral process implemented before did not have an impact on the city’s economic development or social stability.

The election of the new Macau CE is scheduled for August 25 of this year, with the former AL President, Ho Iat Seng, being the sole candidate after receiving 379 votes from members of the Electoral Committee.