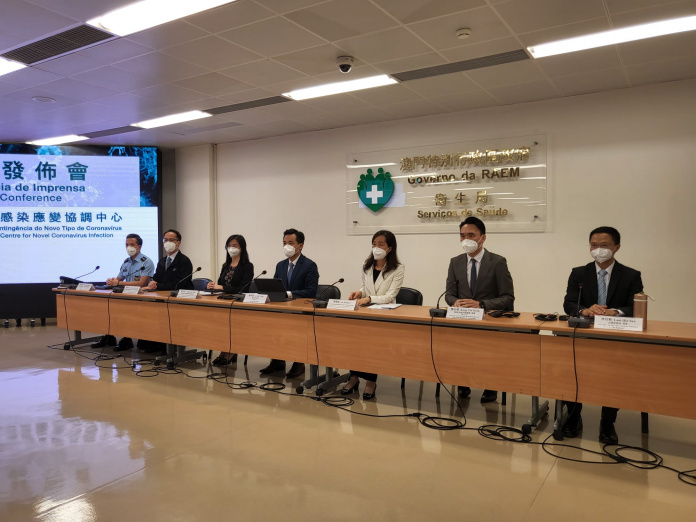 Secretary for Social Affairs and Culture Elsie Ao Ieong U stated today that if the current pandemic situation remains stable or improves during the expected consolidation period to start on July 23, further restrictions could be lifted and allow residents to resume “normal life”.

Macau SAR authorities today revealed the details of the first week of a partial lockdown easing period set to start on July 23 and end on July 30, with some essential and non-essential commercial establishments, public departments and some businesses allowed to resume limited operations.

“The reduction in daily reported cases allowed for the advancement of a new consolidation period and the relaxation of some restrictions. We hope we can quickly regain a normal life,” Ao said in today’s pandemic update press conference.

Authorities had previously stated that the consolidation period was expected to last for two weeks.

The closure of all non-essential commercial and industrial services first enforced on July 11 was extended for five days until midnight on July 23.

The daily total number of cases has increased slightly to 18 yesterday (Tuesday), but it is still a considerable reduction from the almost 150 daily cases reported two weeks ago.

During the new transition period to start this Saturday residents are also still advised to remain at home, except for work, shopping or other urgent or “necessary reasons”.

Residents are not allowed to gather and required a wear a mask when they go out, with adults having to wear KN95 masks or masks of a higher standard.

According to the Secretary, during the new transition period, there will be no need for special permission cards to ride public buses and bus capacity will be capped at 60 per cent.

However, she underlined that residents should remain in the same area where they live and avoid moving to different areas in the city.

“If the demand for buses is higher the number of bus routes will be adjusted,” Lam added.

Health Bureau Director Alvis Lo also stated that the consolidation period represents a certain resumption of normal life with some public leisure areas to be reopened and residents allowed to, for example, walk their dogs, but warned that transmission risks still existed and asked residents to remain in the areas close to their home or work.

Authorities also warned that if during the consolidation period there was a hike of cases of unknown origin within the community the previous partial lockdown policies could be reinstated.

“However we are hopeful that with the collaboration of residents this won’t be necessary,” she added.

Concerning a possible re-opening of normal cross-border movements with Zhuhai, Secretary Elsie Ao said that the required conditions were not yet met, but procedure plans had been proposed to Zhuhai authorities on how that reopening could operate if community cases were reduced to zero.

October 7, 2022
One person died Thursday when violent clashes near a soccer match outside Buenos Aires between...

October 7, 2022
Equity markets in Asia and Europe fell and the dollar rose as the optimism that...

October 7, 2022
At least 19 people are confirmed dead after an avalanche struck climbers in the Indian...
Load more