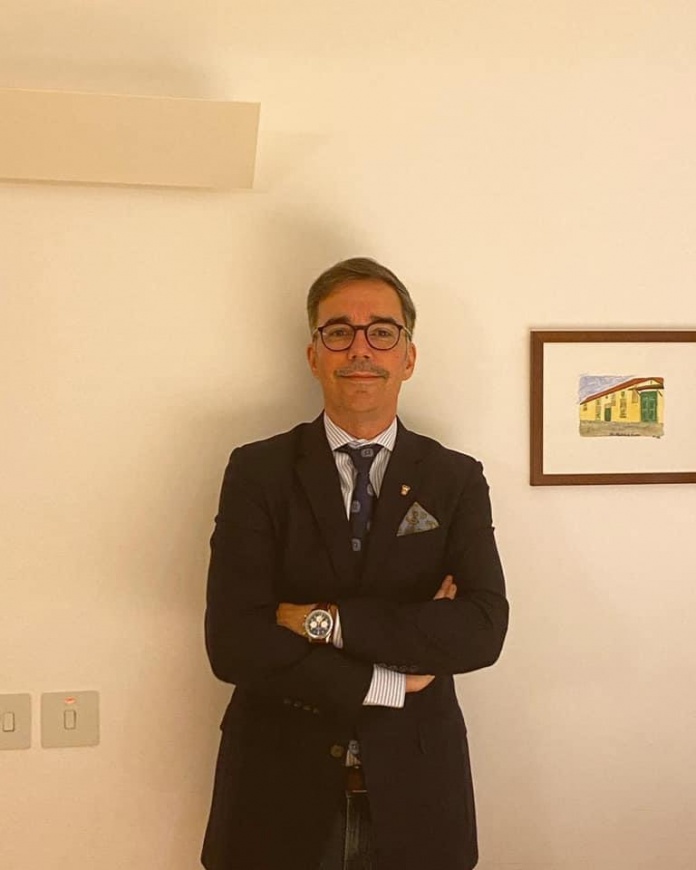 Macau’s Portuguese community is deeply saddened by the loss of Francisco Gaivão, a lover of all things Portuguese: Benfica, the monarchists, Eusebio, Ronaldo, its wine, food, language, music and literature.

But I’m here to attest that Francisco didn’t just belong to the Portuguese; he belonged to all of Macau. We are all grieving his passing at the young age of 48.

Let me demonstrate what Francisco has meant through my own small prism, comprising of around 15 expats who have been meeting weekly for lunches since the pandemic started, as well as a few of his ex-colleagues. Between his 19 May collapse and his 26 May passing, I (strictly a friend, and not a relative) have received heartfelt thoughts and prayers from people hailing from Albania, Australia, Belgium, Canada, England, Greece, Hong Kong, Iran, Korea, Macao, Mainland China, Malaysia, New Zealand, The Philippines, Portugal, Russia, Singapore, South Africa, Sweden, Switzerland, Taiwan and the US.

See! That’s 22 places if you’re counting. You can now see that he belong to us all.

According to them, using their own words, Francisco has been described as our dearest friend, an absolutely fantastic human being, a wonderful father, one of the greats, highly respected and loved, a warm loving human being, with humour, wit and intelligence, a one in a million guy and a friend to so many, a great guy, a unique and amazing human being with a great sense of humour, best, funny, helpful, friendly, a gentleman, a mate, a friendly face and a joy to converse with, and one of the most unique, funny, wild and overall loveliest people many of us have known. All this within the past 24 hours!

I came to know Francisco working at Melco from 2010 until we both left in 2017. We struck a close friendship centred initially on our common sense of humour, and friends, Facebook, movies, and football. In 2017, when he started his own law firm, I insisted on and became his first client, not just only because he was a friend, but because I personally saw first-hand how he performed legal jiu-jitsu in 2014, and granted a huge and exclusive advantage to Melco for four years, yet he didn’t nearly get the credit he deserved. Let’s leave that story for another time.

As time went on, we developed an even deeper friendship, whereby I was introduced to what he cherished most in this world: his children, his best friends and his home.

The pandemic brought many of us closer together, helping us recognize the value of friendship. Francisco exemplified that true friend: funny, witty, instigator of trouble, yet without a mean bone in his body, always around for coffee, lunch, dinner and of course, drinks. We rolled our eyes when he’d not show up for some of the lunches, knowing that he had gone to bed only a few hours earlier. Yet like a naughty little brother, we’d forgive him and look forward to our next encounter.

Francisco is in another realm now, no doubt having convinced St Peter to let him into heaven. He’s probably drinking wine and joking around with a few saints, and of course, flirting with the angels. Yet he will live long in our hearts and memories.

On behalf of a small community in Macao who got to know him, to his family and friends that are certainly suffering the loss of such a wonderful son, father, brother, and friend: we all share your pain.

To Francisco, we shall meet again.

Alidad, and a bunch of heartbroken expats

December 7, 2022
Macau’s gross domestic product will not rebound to where it was before the Covid-19 pandemic...
Load more