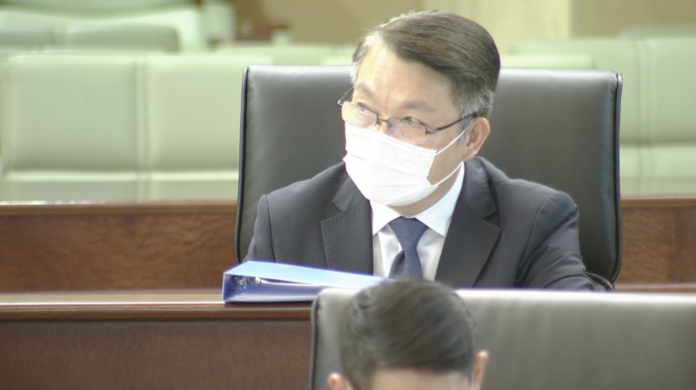 Secretary for Economy and Finance Lei Wai Nong today (Tuesday) revealed that only two satellite casinos have requested to stop operations so far.

Lei revealed the information during the Legislative Assembly discussion before voting on the final gaming law amendment, with the Secretary questioned by legislator Jose Pereira Coutinho about how would authorities assure employment of workers in shuttered satellite casinos.

“Only two satellite casinos have requested to close, we know they are organising to transfer the workers to other employment positions, if this is not possible the government will assist them,” the Secretary added.

“I said on many occasions that satellite casino workers such as dealers, inspectors, etc, can opt to go to work for their linked concessionaires. If they are transferred to operators they will follow their employment plans”

Last week it was revealed that two satellite casinos under the galaxy Entertainment Group concession — Rio Casino and President Casino in the downtown of the Macau peninsula — have ceased operations on June 15.

Waldo Casino, the third satellite casino operation using GEG’s gaming concession, however, will continue to run until the end of this year.

The city’s current six gaming concessions and sub-concessions, including GEG, will expire on June 26, but the government has already agreed the gaming licenses will be extended for six more months until the end of 2022 as it is preparing a new round of public tender for the licenses.

The satellite casino issue has been one of the more contentious during the discussion and evaluation of the general gaming law amendment, with several protests from members of the sector who considered the changes doomed most third-party managed casinos to close doors since operators could be unwilling to acquire the full property where they are located.

However, earlier in May, a revised version of the amendment has proposed that even if the property where the satellite casino is located is not fully transferred to the gaming concessionaire, the casino could still continue operating as a managing entity, if a contract is established with the operator and approved by the Chief Executive.

The Secretary also underlined today that one of the objectives of the legislation under discussion is to proper oversight satellite casinos and “allow the sustainable development of the sector”.

Online gaming media outlet Allin Media reported on Friday that 14 satellite casinos under SJM’s license – the majority of the sector – are expected to continue operation at least until the end of this year.