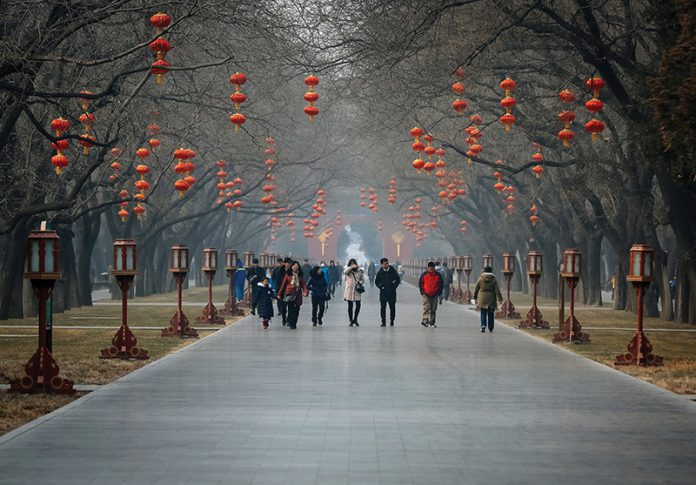 As the Chinese New Year approaches it remains unclear what the holiday season will mean for the city in terms of tourism numbers and revenue.

Most of the concerns originate from fears of a potential fresh wave of coronavirus cases ahead of the Lunar New Year, with Chinese authorities had already reported 109 new COVID-19 cases this Sunday, most of them in Hebei province surrounding Beijing.

Officials in Guangdong province next door to Macau, one of the major source market for local tourism recently also asked residents to spend their Chinese New Year break within the province, with other provinces issuing similar recommendations.

Meanwhile, messaging from local authorities “suggesting” that non-resident workers and residents should avoid leaving Macau during the festive period has all the hallmarks of an indirect order for everyone to stay put.

Even if not effectively illegal, workers and residents will be placed in the hard decision to avoid returning to their hometowns or visit their relatives in the mainland, with local companies also “suggesting” for their workers to avoid doing so.

I don’t this it is fair to blame people for such personal decisions. If it is not illegal to do so, residents should be free to make the personal decision on if to visit their relatives for the most important of all Chinese family celebrations, while following all necessary health precautions of course.

It is understandable the local government does not want to return to the previous complete block of movement within the region, but more clarity should be provided on what is expected from residents.

What is already certain is that the Year of the Ox opening between February 11 to 17 will not be the expected high point of the local tourism recovery, after the pandemic explosion right turned Macau into a ghost city during the entry into the Year of the Rat.

However, as authorities cancel the lunar year events one by one, from CNY markets to the usual firecracker and fireworks displays, the holiday period will strangely be even more uneventful than the 2020 festive period.

With less than a month to go for CNY, much can happen in the current pandemic climate. But if there is one that is increasingly certain is that full local economic recovery is still a long way ahead.