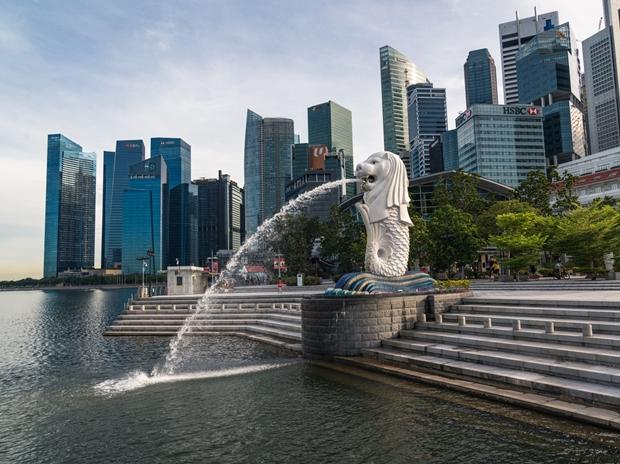 Until very recently the longest quarantines required in the world were practised by three cities, Hong Kong, Singapore and Macau, all of which required at least a 21 quarantine for most arrivals from overseas.

However, while Singapore has commenced to gradually re-open its borders to arrivals low-risk destinations, Hong Kong decided to tighten its quarantine policies and Macau authorities refuse any reduction in the current entry requirements.

The main difference? Singapore has vaccinated 75 per cent of its population, while vaccination rates in Macau and Hong Kong remain below 50 per cent.

For people in a region that seems to still believe firmly that the right policy is complete isolation tot he world, this statement is mind-blowing.

This week Hong Kong decided to elevate 15 countries to its “high-risk” category, meaning significantly tougher entry requirements and longer quarantine periods for anyone arriving from those destinations.

The stricter system means travellers from the high-risk countries must be fully vaccinated for at least 14 days before boarding a flight to Hong Kong, then undergo 21 days of quarantine in a designated hotel upon arrival, with four Covid-19 tests during isolation and another on the 26th day after landing.

A decision by Hong Kong authorities to grant Hollywood star Nicole Kidman a quarantine exemption as she films an Amazon-funded series about the lives of wealthy expats has also sparked public anger in a city where most residents, as win Macau, have been cut off from overseas loved ones for almost 2 years.

In Macau health authorities were admant last week that they will not even consider reducing the current 21 days requirement for residents coming from overseas, or to remove the current ban on non-residents.

This without considering the poor people coming from Nepal, Pakistan, Brazil and India, which are still required to complete 28 days of medical observation, or even 35 days if they test positive for antibodies. You might as well register them for a prisoner rehabilitation programme, during that time.

Asked about the reasons for the 21 days, Novel Coronavirus Response and Coordination Centre Coordinator Dr. Leong Iek Hou indicated that there is evidence people who have tested negative at first can test positive after 14 days, citing only one case where a patient tested positive on the 19th day of quarantine.

If this is so, then one has to question why arrivals from Mainland China or Hong Kong only require a 14 days quarantine. Is the Delta variant less vivacious in such regions?

It’s also worth of note that the recent family cluster outbreak originated in a trip Xi’an and that even on the worse period of the recent outbreak in Guangdong, apart from high risk localised areas, at max negative nucleic acid test requirements for entries were reduced to 48 hours.

At one point Dr. Leong even expressed that authorities prefer to cause “inconvenience to a small minority” than risk a local outbreak, which is to frame the question as if allowing vaccinated and tested people to enter the city that would likely still to complete quarantine would automatically mean a local outbreak.

Off course every region has the right to decide its entry policies, and residents also have the right to criticise them if considered excessive.

For example, in Macau and Hong Kong quarantines have to be carried out in hotels, Singapore allows the full 21 days to be completed in their respective places of residence or other suitable accommodation alone. Would allowing something like this in Macau be completely preposterous?

At the same time only 45 per cent of the Macau population remain vaccinated, even less if we consider people who have received the required two doses.

Vaccination hesitancy remains high in the city, even among health workers and public employees, and a vigorous effort has to be made to reduce it.

If authorities believed until now they would be able to maintain he local economy going only with normal transport channels maintain with Mainland China, the recent outbreak should hopefully make them think twice.

There is no economic recovery until most residents are vaccinated.

Singapore has taken care of the first step to finally deal with the virus as endemic and common diseases such as influenza.

The city has reported only 44 Covid-19 deaths since the outbreak started in early January 2020.

That compares with about 800 flu-related deaths in a typical year, according to doctors in the city, in a country with a population of 5.7 million.

Of course no death is acceptable and the virus remains a serious threat, but eventually every government and country will have to make a calculated risk or run the risk of completely stagante its economy and remain shuted out from the world indefenitelly.

January 19, 2022
A federal judge on Tuesday approved a plan to restructure Puerto Rico's public debt, which...

January 19, 2022
Nearly 9.5 million children in the United States have tested positive for COVID-19 since the...