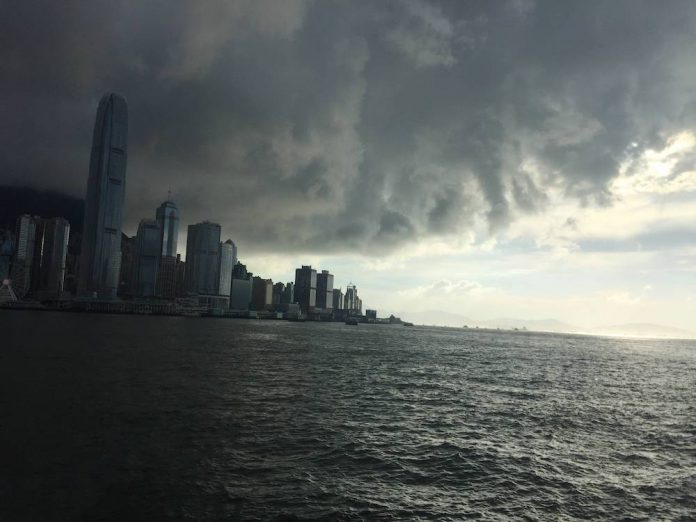 Let’s talk about fear. What is fear?

According to the Merriam-Webster dictionary, fear can be defined as an unpleasant, often strong, emotion caused by anticipation or awareness of danger.

We don’t all fear the same things. In fact, the variety of fears might be as large as the diversity in people on this green, blue earth.

A restaurant owner might fear not having clients and have to sell off and close his business. A mother might fear her child is unhappy. A politician might fear losing his job.

Generally, we fear the unknown, the uncertainty of not knowing what will happen next. It’s the anxiety we produce when our mind entertains itself conjuring horrible scenarios for what might be.

Instability is known as one of the great catalysts for fear. International financial crisis can cause a large fear of the future as savings and jobs vanish. In fact, sometimes what causes financial crisis is fear itself. Nothing is worse for business than uncertainty.

Add the current health crisis to the mix and 2020 could well be defined as the year fear made a comeback with a vengeance.

Fear leads people to hesitate in maybe putting a down payment to that first house, to maybe having that next baby, or finally starting that croissant delivery business you are always nagging your friends about.

So how do you reduce fear? Usually, governments look to assure consumer confidence by injecting money into the market, central banks lower interest rates, large infrastructure projects are launched to reduce unemployment.

But, no matter what they do, people only feel safe on their own terms and general anxiety takes a long time to subside.

A great way to reduce fear is by distraction. Several scientific studies have shown how the anticipation of something unpleasant can cause more discomfort than the pain itself, and how amazingly a patient can be induced to completely ignore discomfort by simple distractions, such as carrying out a survey or being asked to watch a humorous film.

On July 1st, Chinese authorities enacted national security legislation directly in Hong Kong, as no action had been taken locally to enact legislation included in its Basic Law for 23 years.

Macau, ever the good son, has enacted its own legislation – albeit much more lenient version that underwent a public review – in 2009, and the zero score in convictions so far seems to clearly show it does not need an “upgrade.”

In any case, the new national security seems to be one of those fascinating polarizing cases that should be studied.

From one side, it’s seen as the needed prescription to reduce fear and anxiety and finally bring peace to a city that spent most of 2019 under protest and unrest.

On another side, it has caused great fear and anxiety as it is seen as a threat to the rights enjoyed by Hong Kong residents under the ‘One Country, Two Systems’.

So for ones, it is the solution to fear, to others the main cause of it. To which side the coin will flip, only time will tell.

The fact that it comes right in the middle of a major international health crisis, followed by an economic crisis, surely does not reduce the blood pressure levels of people in the region.

The progress of history seems to have been accelerated, with the changes witnessed in years, passing to months, then weeks, and then days this year. When life changes faster than we can adapt to it becomes another anxiety catalyst.

So, how do you cure anxiety? Well, you don’t, you just learn how to live with it.

Repeatedly convince yourself that 99 per cent of the negative scenarios you play in your head never really come through. Maybe exercise or find a fluffy pet to pet.

Ask yourself: “Do I really have any power to change what worries me?” If not, then, most likely, you should not worry about it.

Find local support with people that share your worries and discuss it. Write about it.

You can also run for the hills, ignore it or act on it depending on the seriousness of what scares you.

In the end, fear is like a wild horse; it can be hard to tame, but, if controlled, it can take you far away.