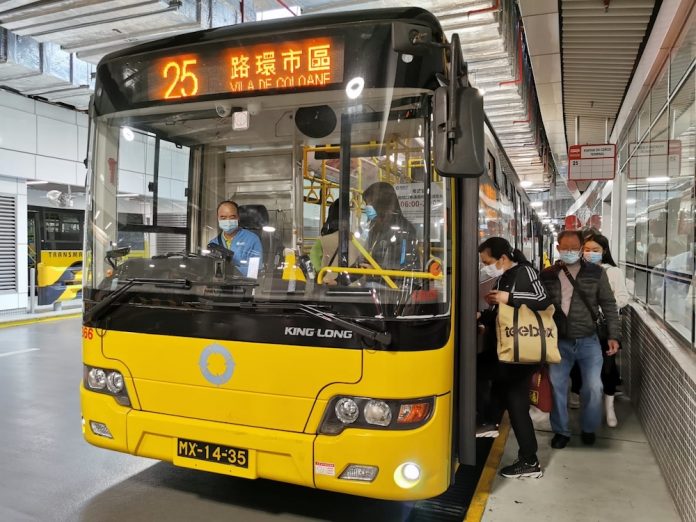 In opposition to the urban master plan and East Light Rapid Transit line, it seems the new concessions contract for two local bus operators are not worthy of being put up for public consultation.

This, just one day after a session was organised by the transport advisory committee, in which some more details of the revised contracts were revealed after the public had only been fed some more details by the Secretary for Transport and Public Works in August.

It has been a long process to take care of a matter that could not be closer to local residents, considering the daily experience most residents have with the local public bus system, and after some years of uncertainty, the solution ended up delayed until this year.

Still during the process very little was given for the public to have a sense that its interests will be kept the priority in the new deal.

The full contract will be revealed until September 23 and it will become effective on January 1, 2021, so all we can do is go over what we already know.

Local authorities will maintain financial support to the operators, with MOP300 million provided per year to cover fare subsidies for pupils, students, senior citizens and residents with disabilities, with the remaining financial support capped at MOP600 million every year for the first three years of the concession.

After this three year period the financial support will be evaluated, but with the DSAT underlining that it can only be reduced and not increased. However, he also maintained the door opened for future bus fare increase.

In any case, it’s a similar amount to the MOP1 billion annual financial support given every year previously.

We also know that a new service evaluation system will be put in place, with bus operators liable to suffer cuts in their annual financial support of up to 45 per cent for failing to meet service requirements such as the frequency of service during rush hours.

The Transport Bureau (DSAT) Director, Lam Hin San, also revealed that under the new contract requirements, bus operators will have to provide 10 per cent of their annual profits to local authorities.

In 2019 Transmac registered about MOP45.2 million in profits after taxes, while TCM reported some MOP72.3 million, therefore if this new requirement is applied local authorities would have received some MOP11.7 million.

In case of a fatality caused by one of the operators’ buses, the responsible company will also have to pay a sanction of MOP500,000 if it is assessed they had responsibility in the incident. How that amount per human life was reached, we have no idea.

Finally, we also know the new contracts require bus operators to replace half of their fleet with environmentally friendly vehicles by 2022, and all of it by 2024, but this policy only applies to buses that do not cross local bridges, since it seems electric buses are too heavy for our precious bridges.

We also don’t know how the government exactly defines what constitutes an ‘environmentally friendly’ bus, so I guess it can be anything from a hydrogen bus to a biodiesel bus. Maybe they are moved by optimism. We just don’t know.

The local bus system is a crucial element for the daily lives of most local residents and workers, with long-standing complaints of overcrowded vehicles and lack of available services in many routes, while public company buses are rented by gaming operators to carry their employees.

Let’s hope these new contracts really improve the service provided to the local community while moving into a more sustainable bus fleet as is already common in cities up north.

December 8, 2022
President Vladimir Putin on Wednesday accused the UN and other international organisations as well as...