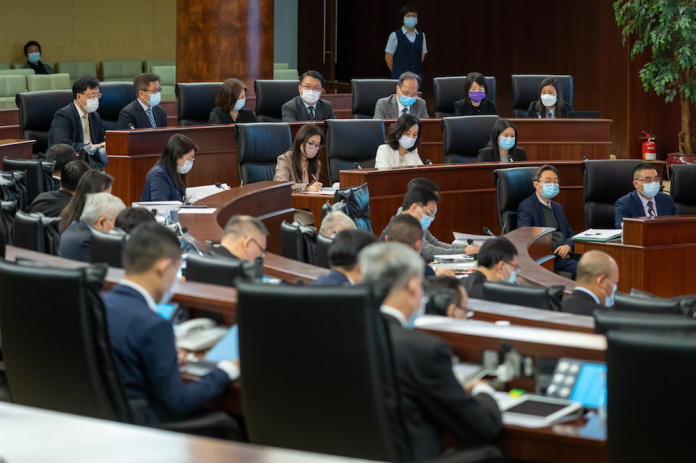 Last week, the Legislative Assembly rapidly approved another alteration to the current year’s budget. It was a straightforward change. Essentially, it amounted to an additional contribution from the financial reserve to support the set of new actions aiming to counter the effects of the economic depression.

Contrary to what happened in the previous budget alteration in April, no other changes were introduced. Then, the estimate for current income was reduced slightly reduced compared to the initial forecast. That was the outcome of mainly the revised and lower figures for revenues from direct and indirect taxes collection. (Remember, our main source of income, gambling concessions revenue, had already been almost halved in the initial budget compared to the previous year.)

As a result, the additional contribution by the financial reserve to the budget was raised in April by an amount exceeding MOP9 billion. The recent alteration increases that contribution by an additional MOP2.3 billion, roughly equivalent to 2.5 per cent of the total initial budget.

These alterations notwithstanding, the execution of the budget in the first three quarters suggests gambling-related revenue will still fall short of the expectations. Income from gambling concessions was trailing by September, with an execution rate of less than 55 per cent. On current trends, the budget may reach the end of the year with a shortage equivalent to more than one-fourth of the initial value.

Given its weight on total government income, that shortage will inevitably affect the final balance.

It is a significant dent in the revenue expectations, in both absolute and relative terms. Effective current revenue stood at about two-thirds of the amount budgeted by the end of September (total budget figures for October are not yet available). That was certainly better than in 2020 but noticeably lower than before.

Certain types of capital revenue show better than expected inflows. Namely, the sale of buildings, shares, and similar financial assets, whose figures were not initially budgeted. But their unexpected contribution to the public coffers stood in September at MOP30 million patacas, well below anything that would make a noticeable effect on the overall picture.

On the expenditure side, capital expenses are much below the initial expectations, with execution rates under fifty per cent of the budgeted figure. On the positive side, if we may say so, it lightens the burden of the budget balance; but it is undoubtedly turning against expectations and the economic recovery.

May 24, 2022
The Pfizer-BioNTech Covid vaccine is safe and effective when given as three doses to children...

May 24, 2022
The Chinese mainland on Monday reported 141 locally-transmitted confirmed COVID-19 cases, of which 58 were...
Load more