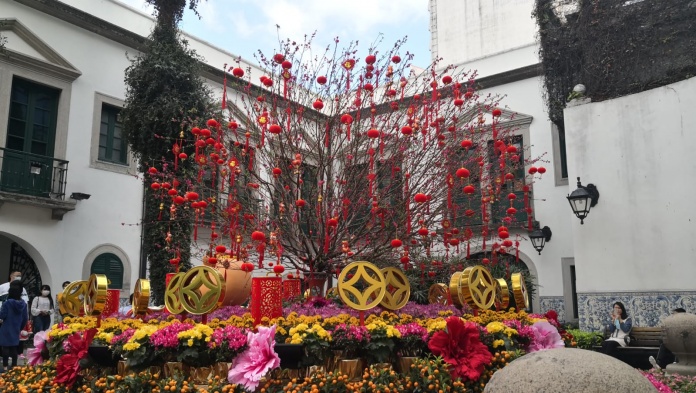 A casual tour of the city leaves the distinct impression that this is possibly the quietest New Year ever for as far as anyone can remember. Streets, casinos, hotels, shops all seem mostly empty. Hotels in integrated resorts turned to offer rooms to almost anyone venturing their gates, light as their bets might be. Tourists seem at a loss too. Emptiness seemingly disorients; there is no flow or trend to follow.

As has been the case in the last six months or so, the visitors’ target is the (fast becoming a ritual incantation) 30,000 visitors a day, or, in round numbers, ten million per year. Not even the previous ‘peaks,’ China National Day week or the Christmas – New Year period, reached those figures. The numbers for the Chinese New Year are likely to be weaker yet. The implications of the continuation of such a situation are worrying. There is no apparent push to actively counteract such a state of affairs, which only compounds those apprehensions.

Thus, it is difficult to see how a continuing deterioration of the social and economic fabric, including the general health conditions (Covid apart), will be avoided. Some take comfort in statistics that suggest things may not be as bad as feared, but such consolation may be illusory. Gaps and delays in information are possibly a better explanation for the relative mildness of those figures.

The number of closures of bankruptcies of small and not so small businesses is likely bigger than it is showing in the figures. Temporary ones will increasingly become permanent as time goes on without a significant jolt to the tourism flows. The labor market appears more stable than it probably is. For example, the effects of unemployment and income changes may be lagging in showing in the data. Where does one account for prolonged layoffs and the remuneration losses?

In a recent intervention, the tourism authorities mentioned that more than 30 hotels had suspended or reduced their activities. That is over one-third of the establishments in operation and a figure that does not show in the statistics. The latest available data account for only a marginal decline in establishments. It would be interesting to know how many rooms and beds were ‘subtracted’ from the actual supply and estimate the income losses. Nothing we can see on the streets these days, presumably festive, is encouraging. Time to draw new plans?

May 15, 2021
China's top legislator Li Zhanshu on Friday held talks with Sergio Massa, president of the...

May 15, 2021
Taiwan on Friday confirmed 29 new local cases of COVID-19, the most locally-transmitted infections in...