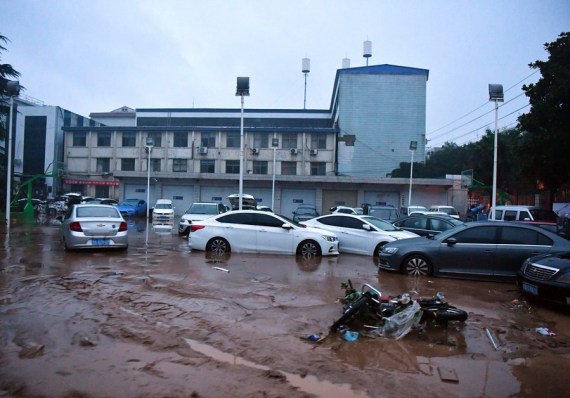 This important statement got a bit lost in between the first public comments by the head of government concerning Legislative Assembly election candidate disqualifications and hints of “big present” by central authorities involving Hengqin, but it is of great importance as it sets for the first time a clear deadline for reducing the local carbon footprint.

The deadline is in line with President Xi Jinping’s pledge at the 75th session of the United Nations General Assembly in September 2020, that China would reach its carbon emissions peak before 2030 and become “carbon neutral” before 2060.

China is currently the world’s biggest source of carbon dioxide, responsible for around 28 per cent of global emissions, but has set bold goals to reduce its footprint.

Zhang Xiliang, the director of the Institute of Energy, Environment, and Economy at China’s Tsinghua University, also predicted that Chinese coal use will taper off after 2025, with the usage of natural gas also peaking at that time and oil consumption peaking around 2030, while the contribution of renewables and nuclear to China’s energy mix will reach 25 per cent by 2030 and exceed 80 per cent by 2060.

Local carbon emissions pale in comparison with even smaller mainland cities, however, the Macau SAR public and private entities can yet do much more to lead the city into a real green and sustainable economy.

While perusing through the 2021 policy address, not one line is visible concerning plans for reducing greenhouse gas (GHG) emissions, or even for reducing air pollution.

In his speech, Ho also indicated local authorities will work to advance with an Urban Master Plan and promote “in a more precise, ecological and safe manner”, the construction of urban infrastructure and the development of urban infrastructure and improvement of environmental structures, which will allow for a “balance between urban development and environmental protection” and establish a “Green Macau”.

Authorities have repeatedly pointed to the future Urban Master Plan as the framework that will signal the direction the city will take when it comes to green and urban development, but the final plan has yet to leave the draft stage.

According to the Environmental Protection Bureau (DSPA) environmental report for last year, CO2 accounted for more than 90 per cent of the total emissions and represented most of the local GHG emissions.

The pandemic led to a notable decrease of 34.5 per cent year-on-year of GHG in 2020 from the 1.3 million tonnes reported in 2019, but with increases reported in emissions from the civil construction and organic solvents sectors.

The report also underlined that the main sources of local GHG and CO2 emissions were the local production of electricity, land transport and trade, consumption domestic and services.

As in the mainland, large scale construction developments have contributed to much of the GHG tally, as the city scrambled to build everything from ferry terminals to new updated integrated resort facilities.

With the CE having already previously indicating that some MOP18 billion in public investment for infrastructure projects would be carried this year as a way to boost the local economy, it’s expected that construction projects will continue to contribute to local emissions volume unless they gradually start to implement more sustainable construction practices.

Meanwhile, a study in the Resources, Conservation and Recycling journal, with two co-authors from Macau Environmental Research Institute of Macau University of Science and Technology (MUST) covering the lifecycle GHG emissions from Macau urban buildings during 1999–2016 and concluding that the gaming industry has the greater attribution of implicit GHG emissions in Macau, with clean energy usage in the sector to be a key point in reducing building emissions in the city.

Local gaming operators have looked to include green initiatives as part of their corporate social responsibility policies, including water bottle recycling measures or food waste processing, however, it would be nice to see more ambitious goals set.

Gaming operator Melco Resorts & Entertainment has pledged in its ‘Above & Beyond’ 2020 sustainability report to achieve carbon-neutral resorts and zero waste by 2030, so far one of the only concessionaires to publically announce such a clear policy in this regard.

For years seen by many as an abstract and distant threat, climate change has already started a regular series of unlikely natural disasters near, with the latest catastrophic floods that struck the central city of Zhengzhou this week and caused 50 deaths a sign of what is in store for us.

An unprecedented downpour dumped a year’s rain in just three hours on the city of Zhengzhou and instantly overwhelmed drains and sending torrents of muddy, swirling water through streets, road tunnels and the subway system.

Official data shows about 98 per cent of China’s 654 major cities are vulnerable to flooding and waterlogging, and Macau, due to its low-lying elevation and significant coastal development, also faces high risks from sea-level rise and flooding, as we’ve repeatedly witnessed year after year.

Building tidal barrier sand riverside flood gates will in the end only be quick fixes for an issue that needs to be tackled at the source.

June 28, 2022
Protests were held in several Indian cities Monday over the arrest of a rights activist...
Load more