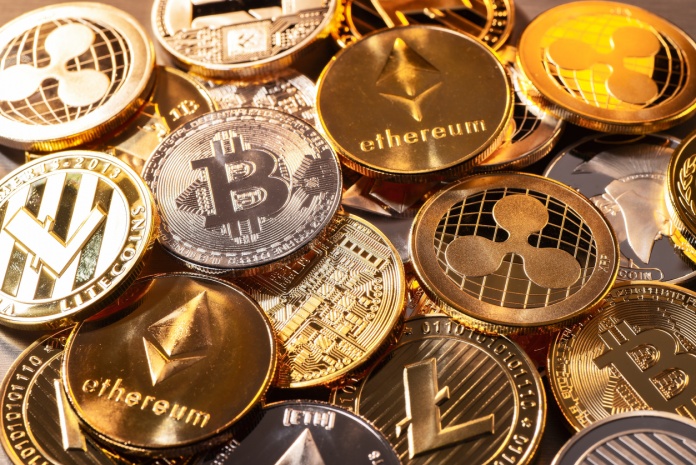 In my latest articles, I have analyzed many aspects of the Digital Yuan, such as its importance, its future tests in Hong Kong and Macau, its latest developments… However, I have made very little mention to crypto currencies.

This is so because, unlike what some people think, the Digital Yuan is a Central Bank Digital Currency (CBDC), and CBDCs are not crypto currencies, even though there is of course some relation between both categories (CBDCs could to some extent be categorized as stable coins).

The rationale behind CBDCs and cryptos is actually the opposite: whilst CBDCs are Central Bank Money adopting a digital form (therefore, legal tender issued by a central bank, representing a claim against that central bank) and thus centralized, crypto currencies are a key pillar of the movement known as DeFi (Decentralized Finance).

They are also are established by private entities and supported by numerous distributed nodes that are incentivized through block rewards to maintain the network. In other words, the rationale behind CBDCs is control, while the one behind cryptos is the opposite.

Related to this, and just as an example the Bank of Korea (BOK), South Korea´s Central Bank, recently tried to shed more light on this issue: in early February, the BOK published the results of the research conducted last year on the legal issues surrounding CBDCs.

In that report, the BOK concluded that the comparison with virtual assets such as cryptocurrencies are difficult, since a CBDC “has a clear issuer”, the central bank, and is based on the exclusive power of that issuer. This differs from virtual assets, which are described as digital certificates with economic value that can be traded or transferred electronically.

That being said, CBDCs have many technical similarities with crypto currencies. To some extent, CBDCs aim to take from cryptocurrencies the convenience and security and combine those features with the major characteristics of the conventional banking system, in which money circulation is regulated and reserve-backed.

Focusing on the Digital Yuan, China´s CBDC has adapted some technical features from the world of cryptocurrencies, i.e. the use of both online and hardware wallets, and the use of two-key architecture to secure transactions. Aside from that, China´s Digital Yuan system, unlike crypto currencies, is not entirely blockchain-based, but it partially uses blockchain.  In general, CBDCs don´t need Blockchain, but it might be compatible and useful, to use this technology.

Generally speaking, it is considered that blockchain could be useful for wholesale CBDC. In contrast to retail CBDC, wholesale CBDC is limited to commercial banks, clearing institutions or other entities that have traditionally had access to central bank reserve.

In this sense, following what I said before, the Digital Yuan will be operating through a two-tier structure, in which China´s Central Bank, the People´s Bank of China (PBOC), issues the digital currency to commercial banks and institutions without the employment of blockchain technology, but the financial institutions could give out the digital yuan to the public through blockchain.

Having all this in mind, is Mainland China´s attitude toward the Digital Yuan and crypto currencies consistent? Yes, it is. Many people have asked me about this topic, finding it confusing to see a country like China promoting its Digital Yuan while adopting a tougher stance on crypto currencies, but, as I said before, there is no contradiction in that, since CBDCs are not cryptos.

In this regard, China, on one hand, is promoting the Digital Yuan, and, on the other hand, the Chinese Government is encouraging Chinese companies to seize the opportunity offered by blockchain technology, while it is adopting a tough approach on cryptocurrencies and virtual-currency trading platforms.

Needless to remind here all the examples of how China is promoting the Digital Yuan, and, when it comes to promoting Blockchain, a few examples of China´s friendly approach to blockchain are the fact that China Central Television (CCTV) defined blockchain’s economic value in 2018 as “10 times more valuable than the internet”.

President Xi speaking as part of the 18th collective study of the Political Bureau of the Central Committee in Beijing in October 2019, also said that the country needs to “seize the opportunity afforded by blockchain technology”. President Xi´s statements on blockchain were believed to be his first in-depth remarks on the technology.

For example, the practice of raising funds through initial coin offerings (ICOs) is completely banned in China.

Under the ICO Rules, ICOs that raise cryptocurrencies, such as Bitcoin and Ethereum, through the irregular sale and circulation of tokens are essentially engaging in public financing without official authorization, which is illegal.

This seems to be consistent with an early notice jointly issued by five Chinese government agencies led by PBOC back in 2013, which defined Bitcoin as a special virtual commodity, but not a currency.

That notice also explicitly provides that Bitcoin does not have legal status as a currency and should not be circulated and used in the market as a currency. This should still be the position taken by PBOC as of today.

To sum up, there is no contradiction with China´s tough stance on privately-issued crypto currencies and its promotion of blockchain technology and the Digital Yuan, since we talking about concepts that, despite being related to some extent, are not the same.

In my next article, I am going to analyze the regulatory attitude towards cryptos in Hong Kong and Macau, where the situation (especially in Hong Kong) is very different from that in Mainland China. 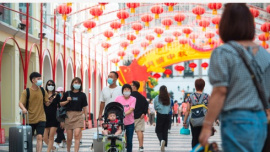 September 30, 2022
Local tourism industry insiders and SMEs have expressed their...