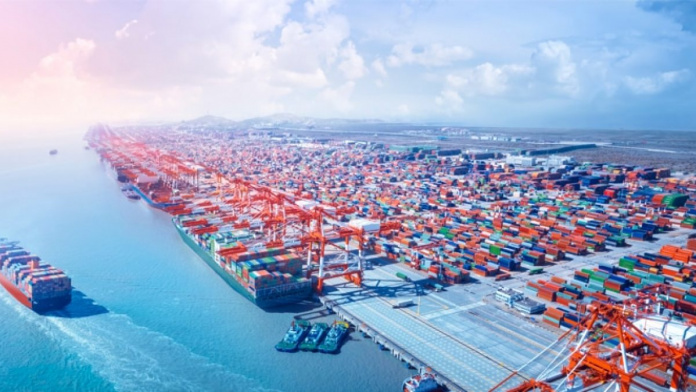 China launched its pilot digital yuan on Tuesday, Jan. 4, 2022. The digital currency works through a mobile app, e-CNY, which is available on Android and Apple app stores.

As I mentioned in some of my previous articles, China´s Digital Yuan, also known as DCEP, is a Central Bank Digital Currency (CBDC).

A CBDC is a new form of central bank money accessible to the public, accepted as a means of payment, legal tender, safe store of value by all citizens, businesses, and government agencies.

Even though more than 80% of Central Banks in the world are currently working on CBDCs (some are just at an initial research stage, though). However, Asia seems to be the place where CBDCs generates the most interest. In this sense, the major economy leading the CBDC race in Asia (and in the whole world) is China.

Hong Kong, through the Hong Kong Monetary Authority (HKMA), is currently engaged in 3 CBDC-related projects: the digital yuan (its tests in the Special Administrative Region), the mCBDC Bridge Project and the electronic Hong Kong Dollar (e-HKD).

However, in this article, I am not going to focus on Hong Kong, but on the potential that the Belt and Road Initiative (BRI) offers to China´s Digital Yuan.

China’s digital yuan will be beneficial in many different ways, but one of the areas where it can bring more value is that of promoting the use of the yuan for cross-border payments, by trying to convert some of the US-dollar-denominated international trade transactions into renminbi-denominated ones, thus trying to challenge the dominance of the US dollar in international trade and finance.

This will not happen overnight, but, if there is enough penetration and acceptance of the digital renminbi in a separate jurisdiction or region, it is conceivable that a trade and finance system parallel to the USD-system can gain critical mass, a system that can allow certain countries to bypass the global banking system and U.S. sanctions.

The Belt and Road Initiative (BRI) is a key program for China, and, therefore, it is easy to imagine how important the expansion of the digital yuan can become for China within the Belt and Road.

According to the Belt and Road Initiative´s website, “BRI is a transcontinental long-term policy and investment program which aims at infrastructure development and acceleration of the economic integration of countries along the route of the historic Silk Road. The Initiative was unveiled in 2013 by China`s president Xi Jinping and until 2016, was known as OBOR – One Belt One Road. On March 28, 2015, the official outline for the Belt and Road Initiative was issued by the National Development and Reform Commission (NDRC), the Ministry of Foreign Affairs (MOFA) and the Ministry of Commerce (MOFCOM) of the People`s Republic of China (PRC), with authorization of the State Council.”

BRI aims to “promote the connectivity of Asian, European and African continents and their adjacent seas, establish and strengthen partnerships among the countries along the Belt and Road, set up all-dimensional, multi-tiered and composite connectivity networks, and realize diversified, independent, balanced and sustainable development in these countries.”

According to the official outline, BRI is a global initiative but by its nature of building on the historic Silk Road puts a major focus on countries in Asia, Eastern Africa, Eastern Europe and the Middle East, a region mainly composed of emerging markets. According to the Belt and Road Portal, currently 71 countries are taking part in the Initiative, together representing more than a third of the world`s GDP and two thirds of the world`s population.

To me, the BRI area is the best possible candidate area for China to start internationalizing its Digital Yuan, or at least one of the best two candidates, alongside RCEP.

This actually goes in line with that I mentioned in “Regional trade pact will pave way for digital yuan”, where I said that Regional Comprehensive Economic Partnership (RCEP), signed on November 15, 2020, and which came into effect this month, on January 1st, 2022, through the RCEP, China will strengthen its trade ties with neighboring countries, and also be able to leverage agreement to facilitate cross-border adoption of its digital yuan to benefit consumers, dealers, bankers and industries across regions.

To sum up, both BRI and the free trade area created by the RCEP will undoubtedly be two big markets for China’s digital yuan. While facilitating cross-border adoption of the digital yuan, such economic exchanges can also help any of the other central bank digital currencies in Asia.