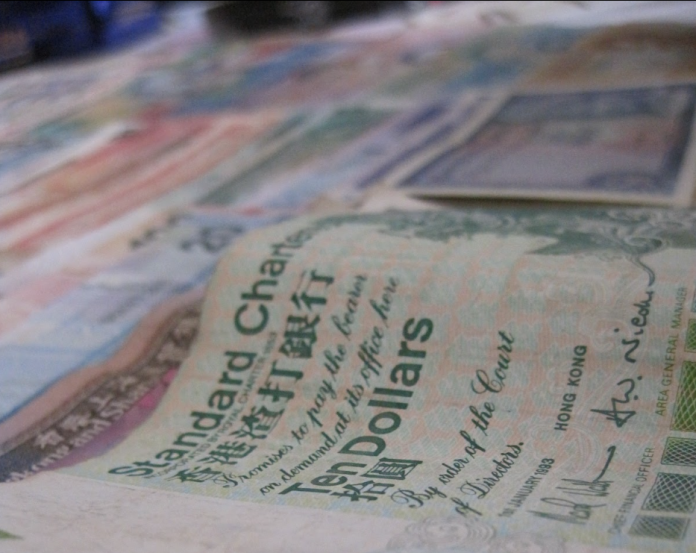 Recent events have pointed to a persistent phenomenon of successful efforts made by law-enforcement agencies in Hong Kong, Macau and the mainland to crack down on the changing and new patterns of money laundering in the three places.

From July 26 to 28, the Hong Kong police arrested 24 domestic helpers involved in money laundering activities, including two Nigerians and three other foreigners. The arrested suspects ranged from 29 to 51 years old, and they lent 35 of their bank accounts to criminal syndicates for laundering a huge amount of money worth HK$27 million. Shockingly, half of the amount of money laundering activities embraced not only 20 cases of deception through the Internet which targeted at men and women searching for lovers, but also two cases of email deception. The police discovered that the criminal syndicate used HK$1,000 to several thousand dollars to seduce each domestic helper to lend out his or her personal bank accounts, which were used for transferal of money in the cheating cases. In one case of Internet deception, a 46-year-old secretary was cheated for HK$1.68 million and the victim became the target of criminal elements using I-phone and apps. In the anti-money laundering crackdown, the police uncovered 100 bank cards, money-counting machines and cash that amounted to HK$330,000. The most prominent feature of this crackdown was the mixture of Internet deception and money-laundering activities.

There were signs that Internet deception targeting at men and women hungry for love spread across the boundaries of Hong Kong and Macau. From mid-June to July 7, the police from Hong Kong and Macau smashed two criminal gangs that were involved in cheating men and women in ten cases amounting to HK$20 million. Three ring leaders were arrested – a 43-year-old Hong Kong man and two women aged 47 and 41 years old – for being bank account holders who assisted the criminal syndicates to launder dirty money earned from Hong Kong and Macau. At the same time, the Macau police arrested two men and two women, including a male ringleader, for being involved in seven cases of deception and money laundering that amounted to MOP1.5 million.

The pattern of deception of the two criminal organizations was the same: criminal elements conducted “fishing” through apps to make friends with potential targets and to develop such friendship to “love.” Then these criminal elements used all kinds of excuses, such as lacking money to deal with medical expenses, pretending to be victims of deception and requiring help to pay personal debts, and luring victims to make investment, to deceive the targeted persons. Although the police in Hong Kong and Macau often appeal to residents for the need to be vigilant over Internet deception, still there were many cases of victims being cheated – an evidence showing that many victims were far more emotional than rational in falling into the trap of love deception.

In May 2021, the Hong Kong police arrested 11 people who were allegedly involved in the deception of 15 victims in love scams. The 15 victims, including foreigners, lost a total of HK$8.3 million in which a single case of deception cost HK$2.3 million. All the cases used telephone deception and the police confiscated the criminal syndicate’s asset that amounted to HK$24 million. The police arrested six men and five women, including some people who opened bank accounts and sold these accounts to criminal organization. As with other love scams, the criminal syndicate used the Internet to cheat people to lend their bank accounts.

However, mainland China has been tightening money flows from the mainland to Macau and Hong Kong since 2020, including the surveillance on all money changers which might be used as a conduit for money laundering activities. A more rigorous registration system was implemented in the money changers of Hong Kong and Macau, reflecting a correspondingly tighter control by the mainland authorities over money changers and their remittance of money to the mainland. Perhaps all these mainland moves were unsurprising, especially in light of some reports that the extradition bill initiated by the Hong Kong government in mid-2019 was actually targeting also at some 300 mainland businesspeople and corrupt cadres who laundered their dirty money heavy in Hong Kong.

In October 2020, the Chinese Criminal Law was in the process of revision, expanding the legal liability to those casino employees outside the mainland who went into to China to market casino customers and gamblers. In December, the revision to the Criminal Law was approved by the Standing Committee of the National People’s Congress, affecting the marketing agents from Macau’s casinos who might try to go into the mainland to mobilize mainland customers to gamble in Macau. Some Macau observers regarded the revision of the Criminal Law as a blow to the marketing agents of Macau’s casinos.

However, it appeared that the revision aims at not only Macau, but also many other places outside China that have casinos, including Cambodia, Vietnam, the Philippines, Russia and Australia, where mainland Chinese tourists in the past liked to gamble there. Many observers have apparently neglected the fact that the definition of national security in mainland China had long been broadened to encompass economic security, namely the prevention of money laundering activities through “legal” and “illegal” means. Casinos legally exist in Macau, but money laundering activities are deemed to be threatening the national security of the mainland. As such, the revision of the Criminal Law in late 2020 was in full conformity with the protection of China’s national security.

In November 2020, the Macau government strengthened intergovernmental department coordination in the combat against money laundering, The Monetary Intelligence Office, the Judicial Police, the MMA and GICB set up a cross-departmental project group to enhance communications in the combat against money-laundering activities. Travelers who bring a huge amount of cash across the border of Macau are subject to closer investigation.

While there have been discussions on the need for Macau to build up its securities market, it remains a challenge for the law-enforcement authorities to ensure that such a market would not constitute another conduit for criminal elements to launder dirty money. If the securities market relies on mainland investment, the origins of the mainland investment would be eventually under the scrutiny of law-enforcement authorities in the mainland and Macau.

In April 2021, an international deception organization was suspected of utilizing some people to set up an empty shell company in Macau. This shell company was said to receive the “deception money” from two Australian companies that were hacked. Three persons in Macau were arrested and an amount of HK$8.9 million was confiscated from the shell company’s account. Apparently, cross-border money laundering was involved in this case with the entanglement of Macau Chinese and Australian.

The tighter control over money laundering in Macau was said to affect Taiwan, where some politicians had been reportedly using Macau as a channel for their money-laundering activities. It was reported in Taiwan in October 2020 that some leaders of the Democratic Progressive Party (DPP) had been allegedly involved in money-laundering activities in Macau during the campaign of the 2012 presidential elections on the island (New News Magazine, October 13, 2020).

As Taiwan’s relations with Macau and Hong Kong have deteriorated, such cross-border money-laundering activities have appeared to decline. But if Covid-19 gradually fades away later, cross-border money laundering involving Taiwan politicians in Macau would have the likelihood of revival.

In June 2021, the mainland police in Beijing, Hebei, Shanxi and Liaoning conducted a large-scale crackdown of 170 criminal syndicates that cheated ordinary people through Internet platforms and engaged in money-laundering activities through encrypted and virtual currencies. All these criminal organizations used personal bank cards to register in the money exchange platforms on the Internet, cheated the targeted victims, and finally utilized encrypted and virtual currencies to launder their dirty money. One to five percent of commission was paid to those who helped in the process of money laundering. Given the ease of e-transactions in the mainland, criminal elements have been making use of virtual currencies and bank accounts to conduct money laundering in a highly hidden manner.

September 27, 2021
Broadway on Sunday finally honored its best and brightest at the Tony Awards, more than...
Load more