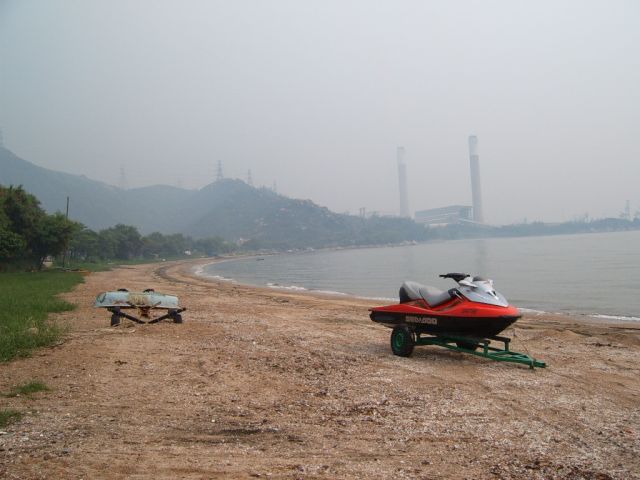 Judging from the cases of cross-border smuggling in the regions of South China, Hong Kong and Macau, their activities remain persistent, and businesses are highly lucrative. Despite the determination of customs authorities to crack down on smuggling activities, the smuggling syndicates are willing to take the risks of their smuggled products being detained and their members being arrested and charged.

On October 24, in Tuen Mun’s Lung Kwu Tan, the Hong Kong police discovered four super-sized speedboats equipped with a total of 14 high-speed outboard motors each of which had 150 horsepower (Sing Tao Daily, October 25, 2021). All these speedboats could fetch up to a prize of HK$4 million and each of them could travel for 50 nautical miles per hour. The speedboats were painted black in their colors, and they were not equipped with lights, thereby increasing the possibility of clashes with law-enforcement vessels. From the perspective of law enforcement, these speedboats were dangerous and could incur injuries and even death to customs officers on government vessels.

The base in which the police cracked down on the super-sized speedboats was located at a hidden area occupying 8,000 square feet and just 20 meters off the coastline. The four speedboats could go into the waters easily and quickly while simultaneously carrying a large amount of smuggled goods. Each of the speedboats was 15 meters long, 4 meters wide and 2 meters height. With a speed of nautical miles of 50, each speedboat could travel as fast as 90 kilometers per hour. The haul of the speedboat was made up of steel and iron, thereby making any clashes with customs speedboats highly dangerous. The police found that all the four super-size speedboats did not have license and questioned how they were transported to the base near coastal waters.

The discovery of these super-size speedboats showed that smuggling syndicates were eager to smuggle their goods at high speed and in a hidden manner, playing a cat-and-mouse game with law-enforcement authorities.

On the same day of October 24, the Hong Kong customs uncovered a large quantity of drugs, including 1.18 million pills of fake Viagra, which amounted to HK$55 million (HK01.com, October 25, 2021). Five people were arrested, including three men and two women. Among the five arrested persons, one from Russia and another from Uzbekistan. Obviously, criminal suspects cut across Hong Kong and East Europe. The smuggling syndicate was composed of core members in Eastern Europe. It collected the orders from customers and then smuggled the fake drug products from India to Hong Kong, which was used as a transit point to distribute the drugs in a depot in Hunghom where the drugs were repackaged and mailed to customers through postal services.

This syndicate was discovered after the Hong Kong customs found out 800 parcels mailed by a 39-year-old Uzbekistan woman who paid for the postal charges by using a company’s credit card. Among the 910,000 pills of Viagra, about 60,000 were fake and the rest were anti-depressants, according to the customs. The customs officials pursued the origin of the mailed parcels to a factory unit in Hunghom, where another local Chinese woman assisted in the process of repackaging the drugs. Later, another local woman was arrested, and she was suspected of collecting and dealing with HK$11 million proceeds of drugs trafficking through empty shell companies from 2019 to 2020. Money laundering was involved in the process of dealing with the illegal proceeds.

On October 25, it was reported in Macau that the Huangpu customs in Guangdong province arrested 27 criminal suspects who engaged in the smuggling of luxurious products, including famous brands fashion and shoes which amounted to 100 million yuan (Macau Daily News, October 26, 2021). The smuggling syndicate was composed of the people from Hong Kong and Macau. The Huangpu customs officials dug out the smuggling activities by firstly utilizing big data to analyze the unclear origins of fashion products that were promoted and sold online. The collection points of these fashionable products were in Macau. After the luxurious products arrived Macau, they were shown and promoted in the mainland through online shops. Yet, the prize of these products was much lower than the actual prize of the luxurious products, showing the likelihood of smuggling luxurious goods into Macau’s collection points and then marketing them in the mainland. It was found that two mainland masterminds of the smuggling syndicate firstly collected all the luxurious products outside the mainland, arranging them to be smuggled into Macau through the sea route and eventually mailing the products to customers in the mainland.

The prominence of smuggling activities was also found in a pier at Tuen Mun where the Hong Kong customs discovered 32,000 pieces of smuggled products that amounted to HK$6.3 million between October 18 and 25 (Sing Tao Daily, October 27, 2021). These smuggled products were found in three containers shipped to Hong Kong from Guangdong’s Nansha and they included sports shoes and belts with fake brand names. The destinations were countries in South America.

On October 27, the Macau customs authorities, after exchanging intelligence with their Hong Kong and Japanese counterparts, detained 9,000 items of smuggled products from Japan to Macau through Hong Kong (Macau Daily News, October 28, 2021). These smuggled items included strong Chinese white wine, health products and medicine that amounted to MOP$13 million. The origin of this smuggling case was attributable to the Japanese investigation in which the Japanese customs informed the Hong Kong and Macau side through their regular liaison mechanism. The three sides monitored the process of smuggling goods, and the Hong Kong customs spotted the container which was arranged to ship to Macau through Hong Kong. On October 25, the Macau customs took action to detain all the smuggled products. One Macau resident was arrested.

On October 29 the Hong Kong customs told the press that the customs officials discovered a large amount of smuggled food, electronics products, cosmetics, red wine, sea cucumbers, computer cards, smart phones, watches and bags with famous brands on 24 containers on the night of October 14 (Ming Pao, October 30, 2021). Originally, the containers were reportedly composed of plastics, but in fact they hid all the smuggled products that would have been shipped to the mainland. Because the Lunar Chinese New Year is approaching, the smuggling syndicates could not rely on individual travellers to smuggle goods in large scale across the border on land. They changed their smuggling tactic to the use of large containers. The Hong Kong customs revealed that 81 cases of smuggling were caught from early 2021 to late October with an amount fetching up to HK$2.1 billion – an increase of twofold compared to the same period from January to October in 2020.

Obviously, the cat-and-mouse game between the customs authorities in Hong Kong, Macau and mainland on the one hand and the smuggling syndicates persists. The upper hand is now tilted toward the law-enforcement agencies and authorities, thanks to their diligence and intelligence-sharing activities among themselves and with foreign countries. However, as the Lunar Chinese New Year is approaching, more smuggling activities can be anticipated. As such, the cat-and-mouse game will continue to be prominent and significant in the maintenance of law and order in the Greater South China region.