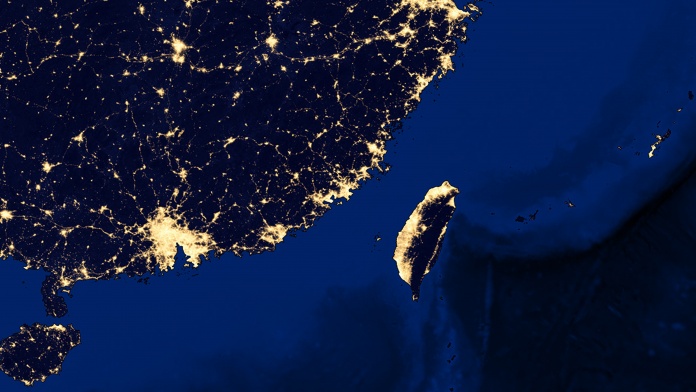 Recent developments across the Taiwan Strait have shown that the People’s Republic of China (PRC) and the Republic of China (ROC) have been engaging in fierce rivalries, which are expressed in the form of a political tug-of-war over Covid-19 vaccines, the production of semiconductors and Taiwan’s reshuffle of its national security officials.

First and foremost, vaccines politics are now increasingly prominent in Beijing-Taipei relations, culminating in a kind of “megaphone diplomacy” with both sides criticizing the other.

When Taiwan’s Taoyuan Hospital witnessed a sudden emergence of some Covid-19 cases in late January and necessitated stringent quarantine measures, some Taiwan people advocated that the government should consider buying and importing mainland vaccines to deal with Covid-19. Nevertheless, the director of Taiwan’s Central Epidemic Command Centre (CECC), Chen Shih-chung, said that if mainland vaccines were imported, the relevant Taiwan laws would have to be revised under the condition that there would be no other vaccine candidates. In other words, mainland vaccines would only be considered as the last resort.

At the same time, the PRC’s State Council Taiwan Affairs Office spokeswoman, Zhu Fenglian said on January 27 that some Taiwan comrades reflected the view that Taiwan should import mainland vaccines. She clarified that in the mainland, mainlanders voluntarily accepted vaccines injection rather than being “partially coerced” as depicted “maliciously” by some Taiwan politicians (Ta Kung Pao, January 28, 2021, p. A14). Some Taiwan journalists asked Zhu whether the PRC Red Cross would donate vaccines to Taiwan, Zhu replied that the Taiwan authorities responsible for coping with Covid-19 refused to accept the mainland vaccines. On January 31, it was reported in Hong Kong’s Ta Kung Pao that 35 Taiwan comrades voluntarily received vaccine injection in the Fuzhou city.

The interesting dynamics between Beijing and Taipei over mainland vaccines were coincidentally matched by the PRC’s refusal to import the American meat, which went through Taiwan and which was and is reportedly composed of Ractopamine, an addictive of promoting leanness in animals but an ingredient banned by the mainland. The Taiwan visitors who arrive at the mainland have their luggage bags searched for any meat that may carry Ractopamine.

On February 18, it was reported that Chen Shih-chung of Taiwan CECC remarked that “external forces” might be a factor leading to the “sudden change” of plan from German BioNTech to sell 5 million doses of vaccines to Taiwan. Interestingly, the German BioNTech (BNT) clarified that it would still sell the vaccines to Taiwan in accordance with the original plan. Chen welcomed the move of the German manufacturer.

Interestingly, PRC Foreign Ministry spokeswoman Hua Chunying remarked on February 18 that the Taiwan Democratic Progressive Party (DPP) should not “politicize” the issue of vaccines, adding that mainland China would be willing to help the Taiwan comrades to resist Covid-19. Hua also commented that Shanghai Fosun had signed an agreement with the German BNT as early as March 2020 to participate in the production of vaccines and that Fosun had the right to manage vaccine production and distribution not only in mainland China but also Hong Kong, Macau and Taiwan. She questioned why the Taiwan side bypassed the Shanghai Fosun to buy vaccines from BNT. On the same day, PRC Foreign Minister Wang Yi said that the PRC began to assist 53 developing states in the development of vaccines, and that China had begun to export vaccines to 22 countries.

On February 18, the PRC’s State Council Taiwan Affairs Office spokesman Ma Xiaoguang criticized the Taiwan politicians for “hiding” the fact that Taiwan company did contact the Fosun group to buy mainland vaccines, but this effort as “hindered by the relevant Taiwan authorities.”

In fact, as early as December 2020, Taiwan bought 20 million vaccine doses, including 10 million from AstraZeneca and 4.76 million doses from the global vaccine program under COVAX. On February 20, Taiwan was granted emergency use authorization for AstraZeneca’s vaccines and the shots would be administered within a week after the vaccine arrival. Taiwan is also acquiring 5 million doses of vaccines from Moderna.

Objectively speaking, since the outbreak of Covid-19 in early 2020, Taiwan has been performing impressively, producing and exporting masks quickly while imposing effective quarantine measures.

Taiwan’s CECC plans to purchase enough doses to inoculate 65 percent of some 23 million population. If two doses per person will be needed, about 30 million doses will be necessary to reach the 65 percent level of herd immunity.

Although the mainland is much faster in local vaccines production and usage than Taiwan, the development of Taiwan’s semiconductor industry is far ahead of the mainland’s counterpart.

Taiwan is famous for its production of chips through the Taiwan Semiconductor Manufacturing Company (TSMC), especially during the current shortage of auto chips that has obstructed car production in the world. Recently, Germany has asked Taiwan to help ease a lack of semiconductor chips in the automobile industry. The European Union (EU) has been considering the establishment of an advanced semiconductor factory in Europe, trying to produce semiconductors with characteristics smaller than 10 nanometres, and reducing its dependence on Taiwan to power 5G wireless systems, connected cars and other high-performance computing materials. Taiwan’s TSMC is highly advanced and competitive in the production of semiconductor chips with its leading edge of producing chips of 5nm and planning to go down to the more sophisticated 3nm.

The TSMC is reportedly planning to invest in Japan, setting up a subsidiary to expand its 3D semiconductor research. The company is increasingly prominent and strategic in the global supply chains of advanced chips. The former Donald Trump administration banned the PRC access to US chip technology and negotiated with TSMC to establish a chip fabrication plant in Arizona.

In October 2020, the PRC government decided to inject more investment to develop the chip industries and its related technology. It has also tried to tap the chip-making talents from Taiwan, including former chief executive officer and vice chairman of TSMC, namely Liang Mong-song and Chiang Shang-yi. Nevertheless, the import of talents is one thing; it remains to be seen how the PRC can catch up with Taiwan’s sophistication in the production of advanced chips in the short run.

Some mainland academics, such as Zhang Wenheng of Xiamen University, have referred to these personnel reshuffle in Taiwan as the continuation of the DPP’s refusal to accept the 1992 consensus without significant changes in cross-strait relations.

Objectively speaking, the “new” security officials in Taiwan are very experienced in mainland affairs, reflecting that Taiwan is putting its national security priority on its relations with the mainland. The new Biden administration’s continuities and slight changes in the US policy toward China have necessitated a reshuffle in Taiwan’s national security apparatuses so that Taiwan’s soft power can be exercised more effectively. The fact that Hsiao Bi-khim, Taiwan’s representative to the US, was invited to attend Biden’s presidential inauguration on January 20 could be seen as a significant victory of Taiwan’s soft power.

If the management of Covid-19 is an indicator of both soft power, Taiwan has enhanced its reputation in the world. If the production of vaccines is an element of hard power, mainland China has appeared to be faster than Taiwan. If the production of advanced semiconductor chips is a crucial indicator of hard power, Taiwan is currently ahead of the mainland. The cross-strait rivalries in the contest of soft and hard powers are destined to be fierce, intense and persistent.

Overall, recent developments across the Taiwan Strait have demonstrated intense rivalries between mainland China and Taiwan in the areas of vaccine production and acquisition and the production of advanced semiconductor chips. In view of the rise of the mainland’s hard power, Taiwan’s national security reshuffle is a natural move that points to uncertain and oscillating relations between the two sides in the coming months.

December 8, 2022
Apple on Wednesday said it is beefing up defense of data that users store in...
Load more