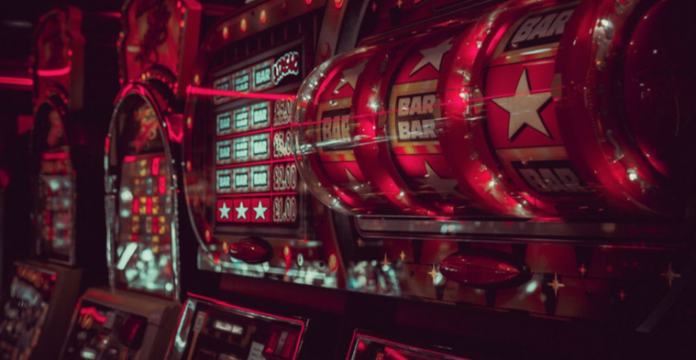 The amendment to the Gaming Law has finally been approved, ending a troubled process that began nine months earlier with the launch of a controversial public consultation and without prior consultation with casino operators.

Among the changes introduced, the broadening of the range of financial obligations (fiscal and parafiscal) of future concessionaires stands out.

Although in a normal economic situation, they may make sense, in the current domestic (“zero-economy”) and external environment (with particular focus on the restrictions imposed by Mainland China on citizens wishing to travel for “gambling activities”), they will certainly adversely impact Macanese casino operator’s lives.

The financial obligations are, in addition to the special gaming tax, which remains at 35% of gross gaming revenue, as follows:

– “Contribution” in the amount of 2% of gross gaming revenues to a public fund (not necessarily the Macau Foundation) whose purpose is the promotion, development, or study of actions of a cultural, social, economic, educational, scientific, academic and philanthropic nature. Set in 2002 at 1.6% of gross gaming revenue, the new percentage represents an increase of 0.4% in the direct tax burden.

– Bond as a guarantee of performance of legal and contractual obligations. Fixed in 2002 at 700 million for the first five years of the concession and 300 million for the remaining period, it is expected that the Macau government will revise the values upwards since they represent values from more than 20 years ago.

– Remuneration due for the use of the casinos and gaming equipment and utensils, which will revert to the Macau SAR at the end of the concessions and subconcessions (as once the reversion occurs, the casinos cannot be sold by the Macau SAR). It includes, as could not be otherwise, remuneration for the use of casinos that, although legally not required to revert to the Macau SAR, were, kindly and certainly without coercion, “ceded” free of charge by the concessionaires and subconcessionaires for reversion. What criteria will be used to determine the remuneration for the use? Market price?

– Special premium, corresponding to the special gaming tax due to the difference between the gross revenue generated by gaming tables and gaming machines and the minimum threshold set by the Chief Executive. It is a mystery what criteria will be selected to determine whether the gross gaming revenue of a gaming table or machine located, for example, at Casino Lisboa, should be higher/lower than that found in any other casino when the data that could serve as a reference refer to a reality that no longer exists, either because it is based on the junket operation, or before the restrictions imposed by Mainland China towards gambling.

– Investment plan, whose value was set in 2002 at a minimum of 4 billion patacas for the 20 years concessions. The investment amount for the 10-year concession period (expected to be put out to tender) should be 5 billion patacas. The Macau government has stated in the past that the requirement for the new share capital was because it wanted future concessionaires to have sufficient funds to execute the investment plan (unaware that share capital does not serve this purpose but as a general guarantee for creditors and as a means of limiting the liability of shareholders). Since new brick and mortar developments will most likely not be required, what kind of investment casino operators will be “forced” to make remains to be seen.

– Bank guarantee to ensure compliance with labor debts. Varying on the number of employees, it was set under the concession and sub-concession agreements at 3.5 billion (SJM), 2.31 billion (Venetian), 1.63 billion (Galaxy), and 1.21 billion (Wynn), and 820 million (MGM and Melco).

– Full coverage of outstanding gaming chips and joint and several liabilities of qualifying shareholders (5% or more) for the outstanding gaming chips upon the termination of the concession. It is unknown whether the Macau government has previously ordered the creation of provisions, the adoption of solvency ratios, or the application of other prudential rules on the chips in circulation. The new measure ends a casino operator’s significant funding source (at almost zero cost).

– Corporate social responsibilities that concessionaires must assume. Given the legal framework, the Macau government expects the concessionaries to meet public needs that they should develop or take care of using public money.Without the determination of precise limits, this obligation can turn into a white elephant.

And the example of the “expansion of foreign country’s customer markets” as a justification of the public interest required for the Chief Executive to “grant a reduction or exemption to concessionaires in the payment of contributions” does not seem to make sense. As a matter of fact, in the Opinion of the 2nd Standing Committee of the Legislative Assembly on the draft law proposal amending the Gaming Law, it seems that the intention of the Macau government is not to reduce contributions by more than 1% when it states that “when deciding on the reduction or exemption, the Chief Executive, on the assumption that he will ensure that the percentage of the current concessionaire’s contributions does not fall below the current level [4%], will fully assess the benefits that the concessionaire will bring to Macau at all levels, with the reduction focusing on the revenue generated by foreign tourists with the expansion of markets”. What makes the Macau government think that the concessionaires will be interested in benefiting from the 1% reduction when, for example, for more than 20 years, they have not shown any interest in providing dredging services to benefit from 1% less in the payment of the contributions that SJM has always benefited from? How much will they need to spend to benefit from such a percentage?

What objective criteria could be used? Better yet, what criteria are consistent with Mainland China’s (new) policy towards gambling, reflected, among others, in the restriction of movement of citizens wishing to travel for “gambling activities” or the ‘warnings’ given to foreign countries to stop soliciting and promoting gambling to their citizens? What mechanisms will be implemented? Are we going to have air bridges with third countries? Zero-cost air travel? Tracking of players to find out which casino operator brought them if they played, and how much they spent? Do players want to be tracked? And if they play at a different casino operator, who benefits? And will the route monopolies that Air Macau only operates part of being reviewed? Will casino operators finally have a say in the development of Macau airport and Macau as a regional airport hub? What makes the Macau government think that casino operators will be more successful in the efforts it has been pushing for years to promote Macau throughout Asia through the companies representing the Macau Tourism Office, namely in India, Indonesia, Thailand, Korea, Japan, and Malaysia?

Whatever criteria are used, they will always have the enormous disadvantage (promoted by the Macau government itself) of making exactly equal concessions operating under different fiscal/parafiscal burdens, which will constitute a source of problems in the medium-long run.

Fortunately, the Macau government did not change the stamp duty so that the concessionaires of the (still) most crucial industry in Macau will pay, as in 2002, only 50 patacas as stamp duty for the signing of the concession contracts…

Wishful thinking or not, all financial obligations without proper safeguard mechanisms make casino operators more economically vulnerable and, in the adverse economic situation in which they will be implemented, may represent death by a thousand cuts for the gaming industry.

December 3, 2022
Despite the change in the fundamentals of the local housing market in the past few...
Load more