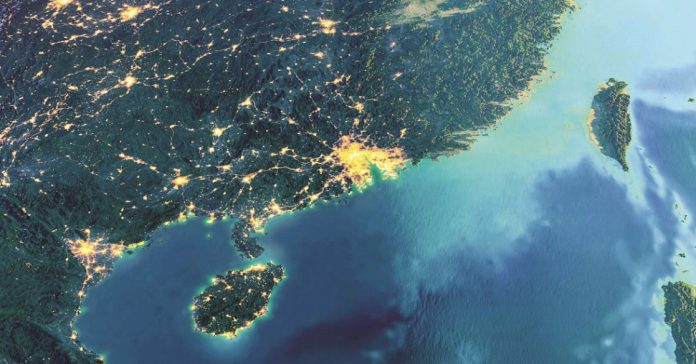 The five agreements signed between the governments of the Hong Kong Special Administrative Region (HKSAR) and the Guangdong province during the 22ndPlenary of Hong Kong-Guangdong Cooperation Joint Conference on May 14 was another watershed paving the way for the deeper economic and legal cooperation between the two places.

The HKSAR Chief Executive Carrie Lam led a delegation to participate in the video joint conference with the Guangdong side, which was led by Governor Ma Xingrui. The five agreements signed by the two sides include a Memorandum of Understanding on the Inception of Business Opportunities in the 14thFive-Year Plan of Dual Circulation and the Deepening Guangdong-Hong Kong Economic Cooperation, a Memorandum of Understanding on the Deepening of Guangdong-Hong Kong-Macau Greater Bay Area Investment Promotion, a Cooperative Framework for Guangdong and Hong Kong to Develop the Horse Industry, a Framework Agreement on the Mutual Promotion and Development of the Guangdong-Hong Kong Horse Industry, and a Memorandum of Understanding of Cooperation in the Greater Bay Area’s Sports Project.

The plenary meeting agreed to implement the decisions made by the Leading Small Group on the Construction of the of the Greater Bay Area (GBA). Specifically, the HKSAR is to consolidate and elevate its international financial status and its position as a shipping centre, trade centre and international aviation transit point, while at the same time establishing an international technological and innovation hub, improving the infrastructure of Hong Kong-Shenzhen land and coastal facilities, supporting Hong Kong enterprises to expand their business into the mainland market, and assisting the Hong Kong youth to develop their career and start up their business in the GBA. All these areas necessitate Hong Kong’s closer cooperation with the Guangdong government.

Moreover, the HKSAR is expected to develop its uniqueness as an international financial and monetary centre, elevating the functions of the GBA in the national development and open-door policy. As such, the HKSAR is to promote the mutual interactions and flows of the Guangdong-Hong Kong financial markets, to strive for the establishment of Hong Kong’s insurance and post-insurance services in different cities in the GBA. In other words, insurance services will be expected to penetrate the mainland, embrace consultative services for not only Hong Kong people but also the mainland residents and Macau people. The HKSAR will also implement the policy of recognizing the insurance of cars and vehicles as well as their personnel once the Hong Kong-Zhuhai-Macau bridge will be reopened and will readmit cars and vehicles from the HKSAR extensively.

Most importantly, in the region of Shenzhen’s Qianhai, the policy of “Hong Kong investment and Hong Kong law” will be implemented, meaning that the Hong Kong-registered enterprises and companies can be allowed to use the Hong Kong law as the basis of civil law and business transactions in Qianhai. This pilot plan can and will be expanded to the whole region of Qianhai, Shenzhen and even the entire GBA, thereby helping the process of promoting the rule of law in the GBA.

Hong Kong will also cooperate with the legal departments of Guangdong and Macau to set up a mediation platform for the sake of promoting mediation work in the GBA. All the three sides will coordinate and exchange on the legal issues and disputes regarding legal services.

For the facilitation of traffic across the Hong Kong-Zhuhai-Macau bridge, both Guangdong and Hong Kong will simplify the application procedures and lower the fees without imposing a quota system, The HKSAR government hopes that the Guangdong counterpart can support the relaxation of quarantine measures for the people of Hong Kong so that the cross-border traffic and human interactions will be resumed in a limited, gradual and appropriate manner.

The Hong Kong Jockey Club also signed a cooperative framework agreement with the Guangzhou city in three areas: the horse-racing course track in the city of Conghua will introduce international horse-racing competition, improve its facilities, and build up its horse industry’s logistics and supply chain. Veterinary services for horses, academic research, and the technicalities of managing horses and equestrian, such as feeding and bedding, horse shipment, local transportation and quarantine, will all be included in the detailed cooperation between the two sides.

On the same day of May 14, Yang Wanming, the vice president of the Supreme People’s Court of China, signed an agreement with the Hong Kong Secretary for Justice Teresa Cheng on the mutual recognition and assistance in dealing with bankruptcy procedures. The cities of Shanghai, Xiamen and Shenzhen will be the pilot cities where the courts from both sides will recognize the mutual bankruptcy procedures and cooperation. Moreover, the Hong Kong liquidators of debt can apply to the mainland side for assistance. Similarly, the mainland debt managers can and will follow the common law procedures in Hong Kong to apply for recognition and assistance in the mainland’s bankruptcy processes. All these technical arrangements will improve the processes of bankruptcy application and the system of debt reorganization.

The altogether six landmark agreements signed between the HKSAR and Guangdong side on May 14 had significant implications for the economic and legal development of not only Hong Kong but also Macau.

First, Hong Kong’s status as an international and financial centre will be fully utilized in the development of the Greater Bay Area, including Guangdong and Shenzhen where the legal system remains to be improved further. As such, Hong Kong’s solid legal system and practices remain significant in the moderation of law in the Greater Bay Area. The mutual assistance in dealing with bankruptcy law and procedures between Hong Kong and such mainland cities as Shanghai, Fujian and Shenzhen means that some aspects of the Hong Kong law can be experimented and utilized in the mainland flexibly, thereby positioning Hong Kong strong for its role as an international legal arbitration centre in South China in the years to come.

Second, as mentioned before, the modernization of horse-racing and equestrian in Conghua means that it must rely on the talents, expertise, and knowledge from Hong Kong.

If so, Macau may need to ponder which specific areas of the special administrative region are strong enough to assist the economic and legal modernization of the Greater Bay Area. Recent discussions about the establishment of Macau’s securities centre are undoubtedly a positive idea to move Macau away from its overdependence on the gaming and casino industry; nevertheless, the development of securities centre in Macau appears to rely on the mainland expertise unless Macau is to train up its required personnel very quickly by forging a governmental cooperation with the private sector and local tertiary institutions.

If Macau has been traditionally strong in its tourist industry and the promotion of cultural and historical heritage, the expansion of the tourist sector with its experienced tour guides, skilful publicity work and rich cultural and historical heritage can be expanded further with proper and high-level educational recognitions. Universities and tertiary institutions should ideally offer more internationally and regionally organized degrees and practical diplomas for the mainland Chinese to enrol and study in Macau. Similarly, the success of the tourism in Macau can be promoted further in any cooperative framework and agreement between the Macau special administrative region and the mainland cities in the Greater Bay Area, including the possible assistance provided by Macau’s tourism experts to help reshape and internationalize some mainland cities’ tourism strategies.

If sports constitute another critical area of cooperation between Hong Kong and Guangzhou, then both Hong Kong and Macau should explore their areas of sports which need to modernize further with the assistance and cooperation from the mainland. Take soccer as an example, both the soccer associations of Hong Kong and Macau should reach out, perhaps with the help of their governments, to collaborate more closely with the soccer clubs in the cities in the Greater Bay Area. Regional and Asian football tournament may be held in the Greater Bay Area, but both Macau and Hong Kong will have to elevate their competitive levels and managerial standards of soccer first. Soccer is not just a professional but also a highly lucrative business industry in other parts of the world, and both Hong Kong and Macau can catch up by learning more firstly from the mainland, where its soccer industry is far more popular and well developed.

In conclusion, the landmark agreements signed between Hong Kong and the mainland on May 14 were a testimony to the fact that cooperation in economic and legal areas can produce a win-win situation in which both the HKSAR and mainland cities will benefit tremendously. Macau is the same in this political economy of regional cooperation. As such, how to maximize Macau’s potentialities will be a priority in the policy agenda of the closer cooperation between Macau and the Greater Bay Area in the coming years.